One thing that hasn't suffered due to weight saving measures is the build quality which is superb, the headset feels extremely well built and comfortable, the scroll wheel offers plenty of resistance so you won't accidentally adjust the volume too much and the ear cups do rotate but they are rather firm which means that you get a great seal which helps noise isolation a great deal 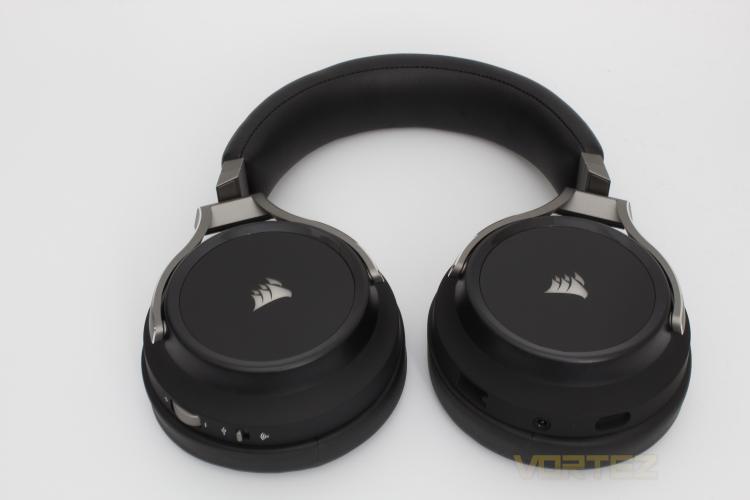 The only things letting it down in our eyes are the RGB, which we don't view as useful on a headset, and the fact that our ears touch the inside of the ear cup, while this is okay for a little while it can lead to irritation in longer gaming sessions.

Next up we put the Virtuoso wireless gaming headset through it's paces in a multitude of settings, including PC Gaming & media consumption (both in the house and in public).
The Virtuoso RGB wireless gaming headset shines in gaming especially, from the booming of explosions to the whistle of bullets flying past your head this headset does extremely well in getting you into the zone when you're playing a game.

During testing the Virtuoso RGB wireless gaming headset we used it for both Skype meetings and for talking to our team mates through Discord, the microphone performed well in both situations, the video below contains a demonstration of the microphone and the iCUE software as well, take a listen!