👤by Kurtis Simpson  Comments 📅28-04-15
Closer Look (Continued)
One thing in particular that stands out about the appearance of the 600K is the way in which the keys are laid out over it's brushed aluminium. With it's subtle LED glow which can be adjusted in brightness through a dedicated key, arrow selection keys as well as the gamer's signature WASD, appear as if they're floating. 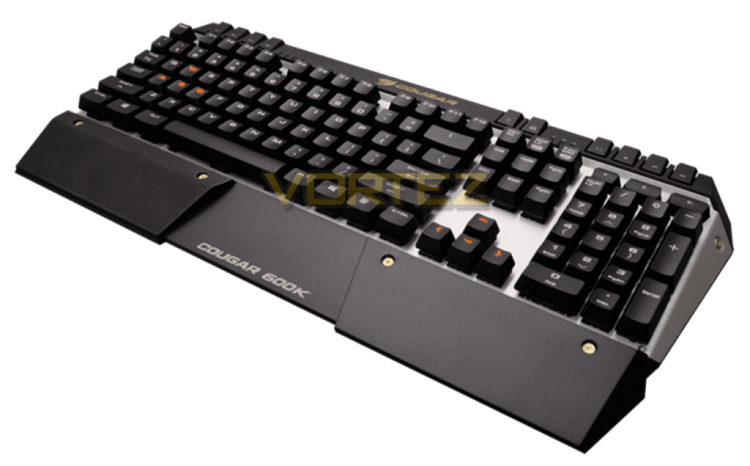 Multimedia functions of the 600K consist of volume control and basic media player functions. Supporting USB pass-through to the top-right of the keyboard, the braided cable splits off into two separate gold-plated connections.

As the 600K incorporates a 32-bit ARM processor, the 1000HZ polling rate which results in a 1ms response time is most likely tied into the fact that it's achieved through USB, as opposed to a PS2 connection.

While the actual performance of this feature is highly subjective, during my time using the keyboard I experienced no delay of such nor any latency when typing or gaming. With that being said however, keystrokes are measured in milliseconds, whether or not the average gamer or first time buyer will have much reference to this is highly unlikely, and with that being said the 600K delivers a pleasing typing experience.