👤by Tony Le Bourne  Comments 📅03-06-13
Software
The software is easy to use and has a variety of functions. I downloaded the latest drivers (2.04.13) direct from Creative and experienced no problems during use. Though the drivers provide some Creative exclusive features, It seems a bit of a shame that they never went on to customise the drivers a little to celebrate, decorate and support their flagship sound card. It seems a little like wasted opportunity to use the same drivers as the other Z-Series sound cards and would have been nice to have something flashy like the Dolby HT V4 like what was seen on the ASUS ROG XONAR PHOEBUS with a real time EQ. Regardless the software remains functional intuitive and well implemented. 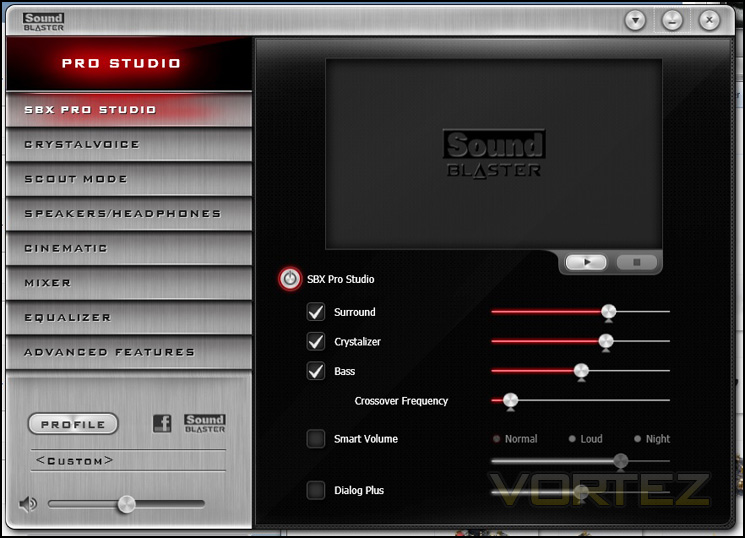 The SBX Pro Studio function was 'On' by default, and it gave rich colour to videos and games however for music it sounded too over processed and seemed like it caused the lows, mids and highs to fight for dominance rather than compliment one another. The crystalizer added too much attack to the treble that Ts and Ss (verbally in songs and sounds) were over pronounced, and the lows sounded warm but inconsistent. These features I would suggest are purely aimed at gaming and entertainment than music playback, fortunately you can change the options to your own preference. 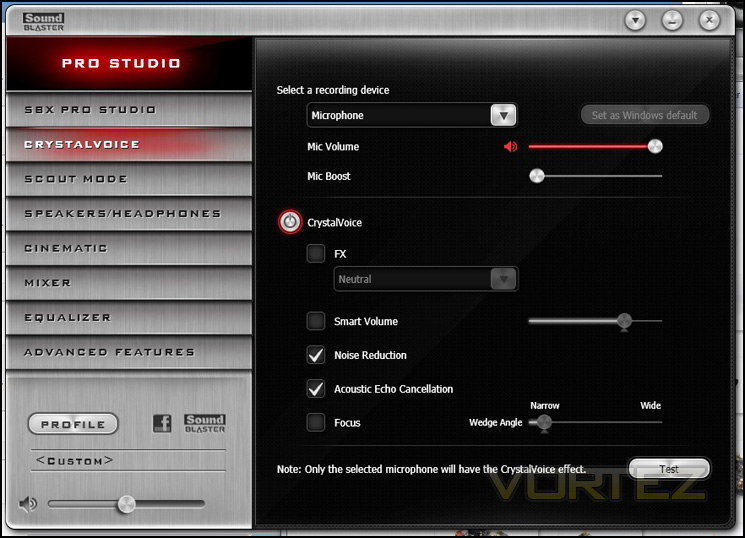 The CrystalVoice feature seemed to work ok, though I tend not to trust 'smart volumes' as this often means during times of silence, while in chat, the microphone would adjust to pick up breathing and juicy mouth noises or other background noises. 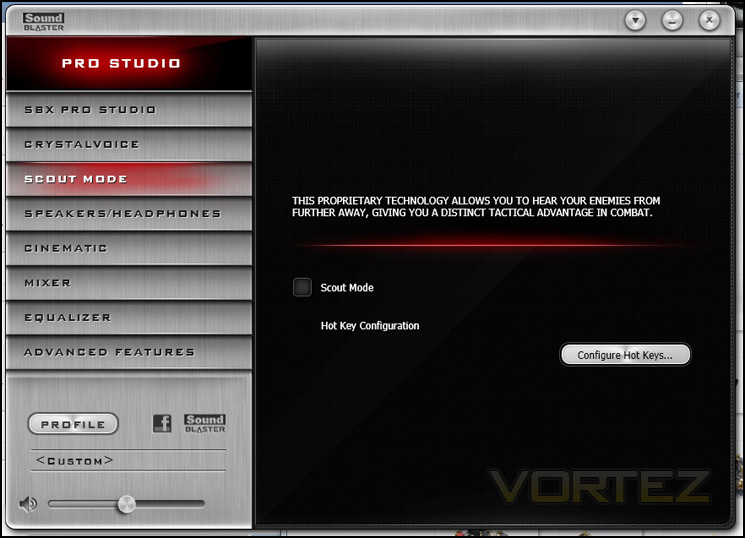 Scout mode again returns on the ZxR, the advantage is debatable though seems much better implemented when using a real 5.1 surround speaker setup over headphones/set. 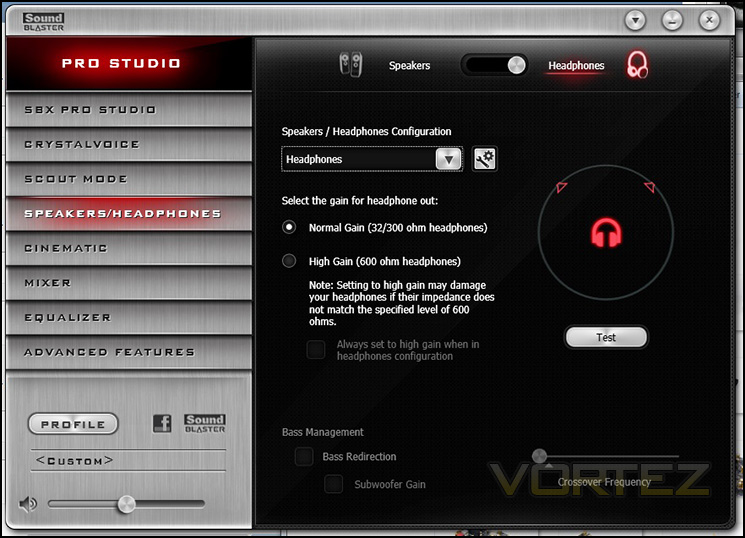 Easy speaker to headphone switch with the option of normal or high gain headphones, as well as a warning not to use high gain if your headphones do not support the specified level of impedance. When switching from speakers to headphones and back there is a loud audible 'tick' that comes from the sound card directly as the electricity shifts paths. 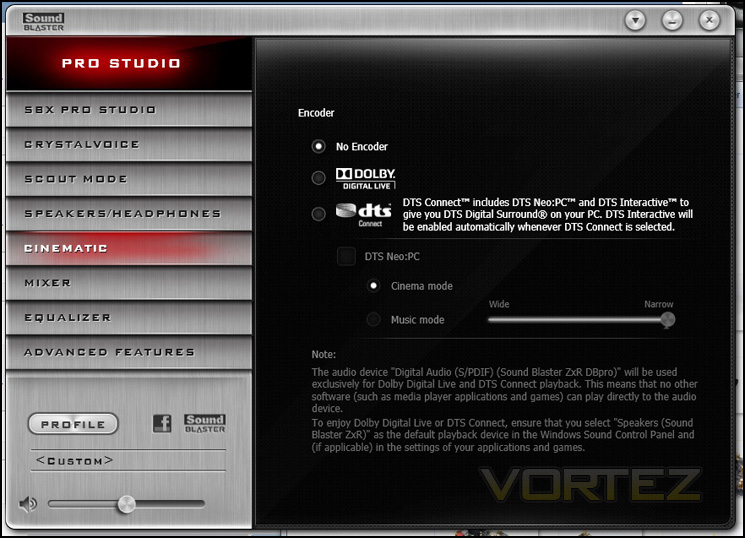 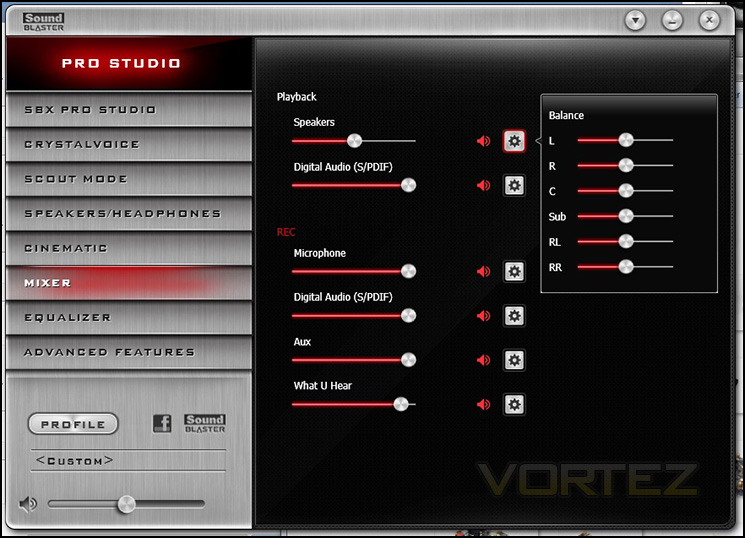 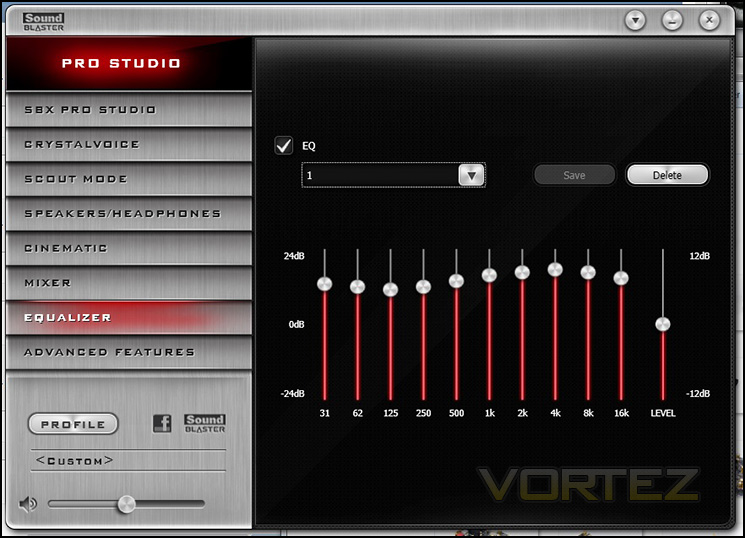 Some may prefer not to use the EQ on their sound system, though it is often a good way to compensate for the characteristics of your speakers/headphones as well as to adjust sounds to your own preference. 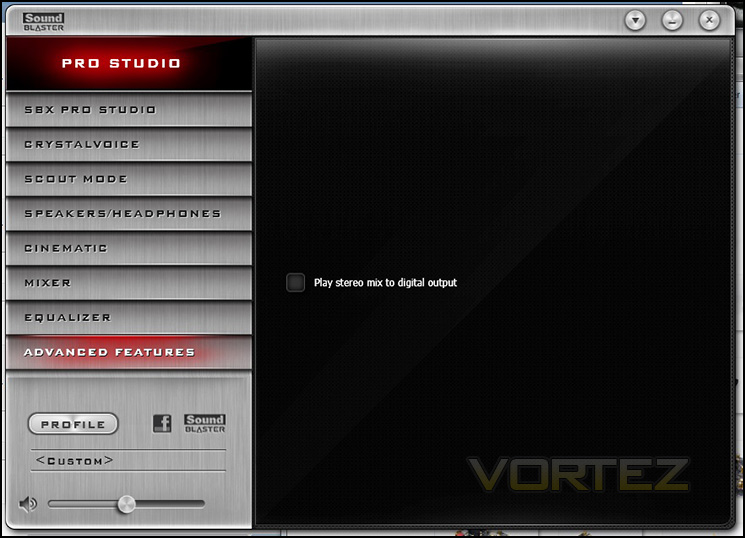