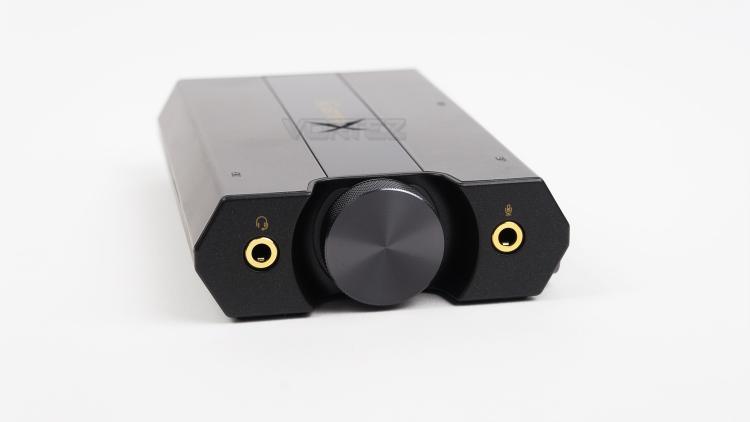 The front of the Sound BlasterX G6 features a prominent centralised volume dial which is backed by a really nice white glow. To the left side there is the headphone output and to the right is the output for 3.5mm microphones. 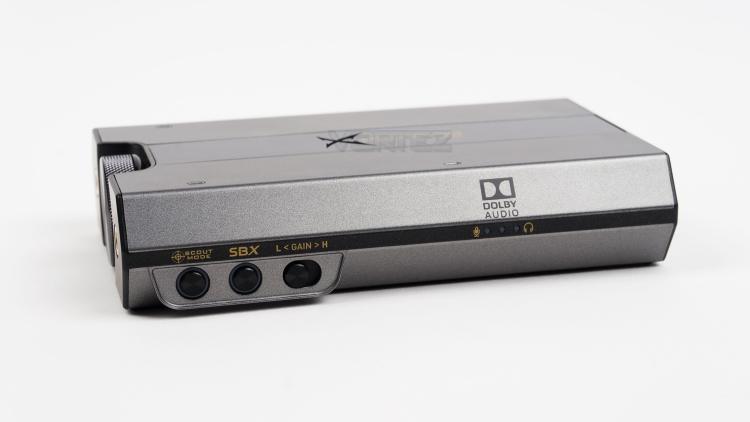 On the right-hand side, there are a series of buttons and LED indicators. The buttons are used to activate different effects, and there is also a separate switch to alter the gain. The LED indicators are used to let you know which profile the amp is currently in; these modes include headphone, microphone or Dolby. 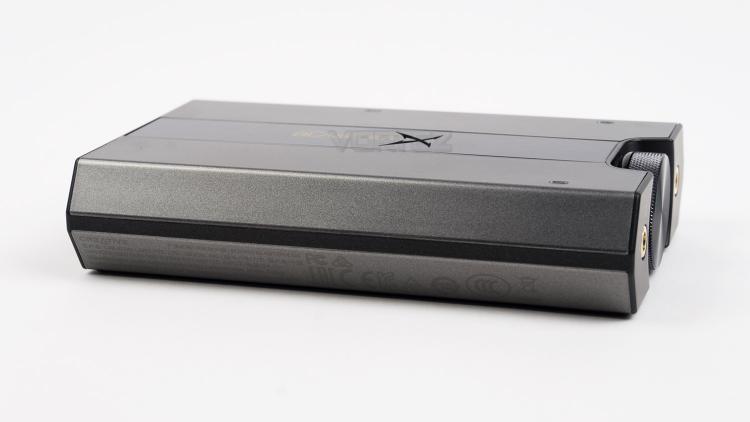 The left-hand side remains clear of ports and buttons but does feature the model number as well as all the marks of confirmation that allows it to be sold worldwide. 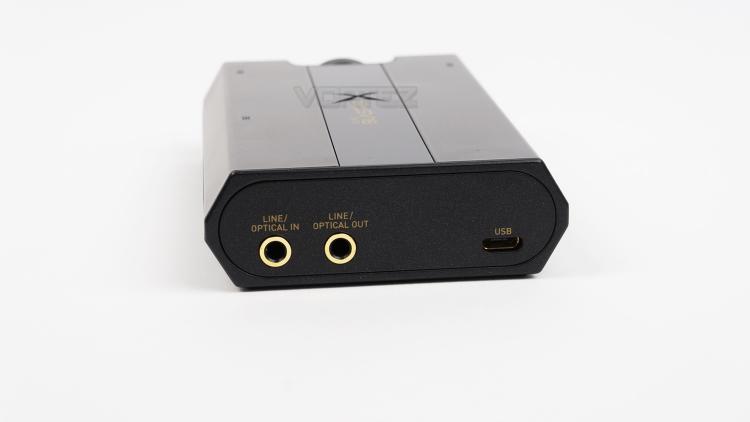 At the rear of the G6, there is a micro USB port as well as an optical in and optical out. The previous gen model did have a full-size USB port, but Creative has omitted that on this newer model. 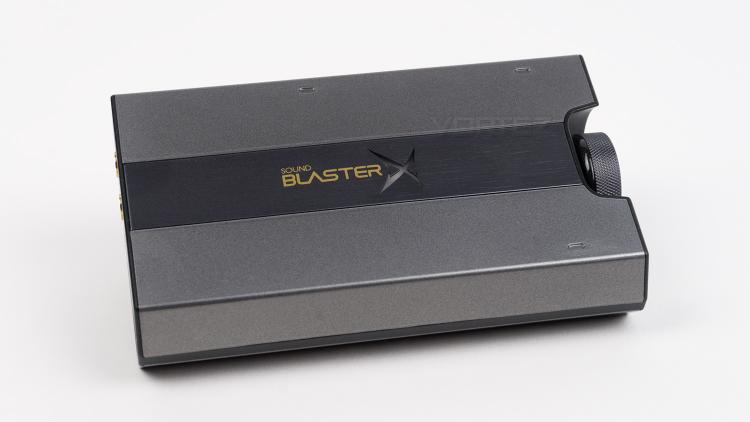 The top section has a very attractive brushed metal section in the centre that features the Sound Blaster branding and also a customisable X logo, this is RGB and can be changed within the software. 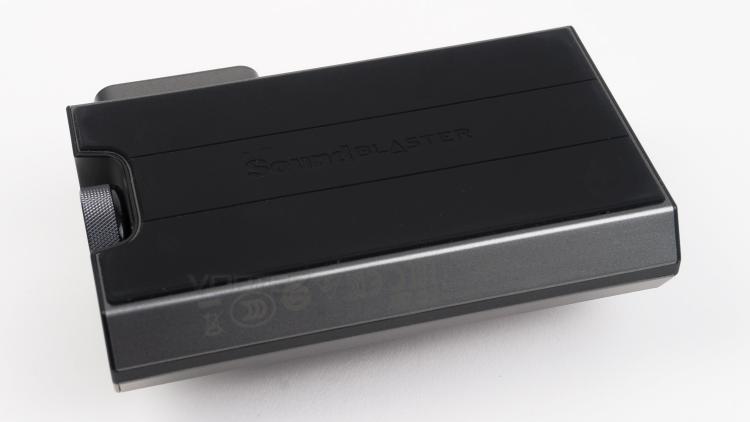 The underside of the G6 is covered entirely in a rubberised material, this not only provides the G6 with a bit of grip but it also provides a layer of isolation against vibrations.