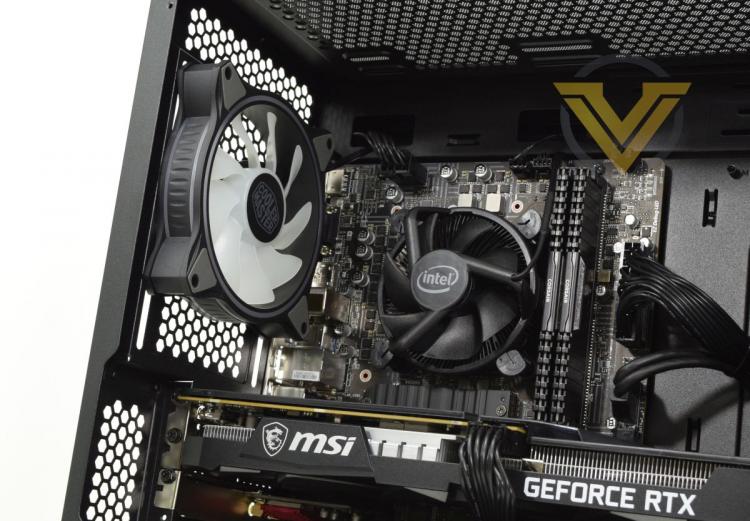 The i5-11400 is effectively an entry-level gaming processor consisting of six physical cores with Hyprethreading for support for 12 discrete threads. It clocks up to 4.4GHz from a base of 2.6GHz within a configurable TDP envelope between 65W and 125W, but doesnt support explicit overclocking. While not ideal for the demands of gaming while streaming, the six-core processor will be more than suitable for today's range of lightly threaded game engines that still prioritise raw clock speed over huge core counts.

Feeding data to the CPU is 16GB of CORSAIR Vengeance LPX DDR4 memory clocking in at 3200 MT/s. Intel CPUs dont scale with DRAM frequency quite as strongly as AMDs Ryzen platform but Rocket Lake does still benefit from faster memory speeds, particularly up to 3600MHz. Hitting 3200MHz is generally a good compromise between performance and price but we wouldnt be against nudging up to 3600MHz at just £12 more (or £25 if you go for the RGB option).

The tested configuration incorporates the stock Intel cooler, which in and of itself will be sufficient for the processors needs. Sufficiency doesnt tell the whole story however - thanks to a relatively small heat sink the single 90mm fan will ramp up aggressively as processor load increases, generating not just more noise but also noise that will oscillate up and down in frequency as load changes over time.

Each of the components is installed on an MSI B560M PRO motherboard. While it does feature a black PCB in a single nod to aesthetics, the B560M PRO is an extremely basic mATX implementation of the B560 chipset. There are no extraneous heatsinks (saving for the M.2 drive heatspreader), only two DIMM slots, USB 3.0 limitation and no USB Type-C support, the latter of which is likely to be the largest long-term concern. That said, there is a wrinkle here.

The only options listed on the X15 GT's Configurator page are the MSI B560M-A PRO and B560M PRO VDH. The B560M-A PRO is very similar to the B560M-PRO, with the exception that it does not have a Displayport mounted to the rear I/O (which has implications for troubleshooting if you only have a Displayport monitor), while the PRO-VDH model includes many of the features not present on either. At £5 more the PRO-VDH seems like a no-brainer.

Note that ATX motherboards are also selectable through the Infinity X115 GT configurator but would also require the selection of a compatible case. 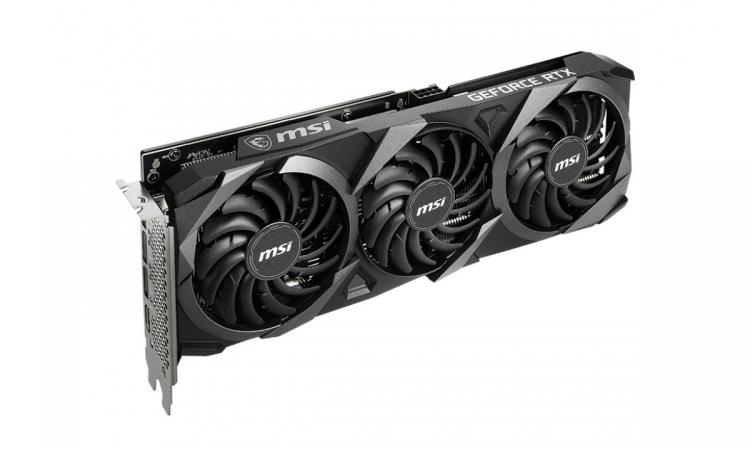 NVIDIAs GeForce RTX 3060 is the green teams entry point into RTX gaming and serves as the first rung on the ladder up the RTX 30-series stack. Its therefore capable of hardware-accelerated ray tracing and AI-accelerated upscaling through NVIDIAs DLSS technology, potentially pushing a given system to gaming at 1440p resolutions (although 1080p is more appropriate for this system configuration). Not all RTX 3060s are created equal however.

The review system is equipped with MSIs GeForce RTX 3060 VENTUS 3X 12G OC, a triple-fan variant with factory overclock to 1807MHz from 1777MHz (Boost). While the actual performance variance between different RTX 3060 SKUs hasnt been shown to be particularly significant, the cooling headroom offered by a triple-fan design does equate to modestly higher Boost clocks over extended gaming sessions and a more pleasant noise profile.

NVIDIA recommend at minimum a 550W PSU for the RTX 3060, so Cooler Masters MWE 650 more than has it covered. This 80+ Gold rated PSU is fully modular, making piecemeal component upgrades significantly easier and also tidier to make. Cooler Master are also on the more reliable tiers of PSU manufacturers so you can be fairly confident in it long-term.

Although the system is capable of supporting PCI 4.0 components, the default configuration calls for Intels 670p NVMe SSD. This QLC NAND SSD supports four PCIe 3.0 lanes through an M.2 interface with speeds up to 3500MB/s read and 2500MB/s write, performance far in excess of conventional SATA SSDs and mechanical HDDs. This is a sweet spot for systems that need to be responsive, particularly when gaming at high frame rates, but not requiring the excesses available through a PCIe 4.0 interface.

Finally, the case used is Cooler Masters Masterbox MB311L. This mATX enclosure is compact as desktop towers go but more than large enough to house all the components in the system configured above. A tempered glass window means youll want to ensure that the internals are in good order, and in service to that theres plenty of space behind the motherboard tray and PSU shroud. The PSU itself is accessible after removing the right-hand side panel. Its long dimensions mean that even the oversized MSI RTX 3060 Ventus X3 can easily be accommodated with room to spare, and in theory the case can support radiators up to 240mm in the roof and 280mm in the front. Additional storage options include two 2.5mm SSD mounting points on the back of the motherboard tray and two 3.5mm bays within the PSU shroud, which should be plenty for a system of this calibre.

There are currently 839 user(s) online:
Google