👤by Ed Hume  Comments 📅21-10-14
Results of Testing
The first thing that strikes you is that this fan hit its 12v specs right on, both for CFM and noise. That is rare. It didnt meet its 7v output spec, but who knows why that is? The GF120 beat its specs at minimum PWM, and pushed decent amounts of air quite quietly in between. Most particularly, it pushed a nice airflow through that 30 fpi rad. If you use rads, Ill bet your rad is not as tight as this. 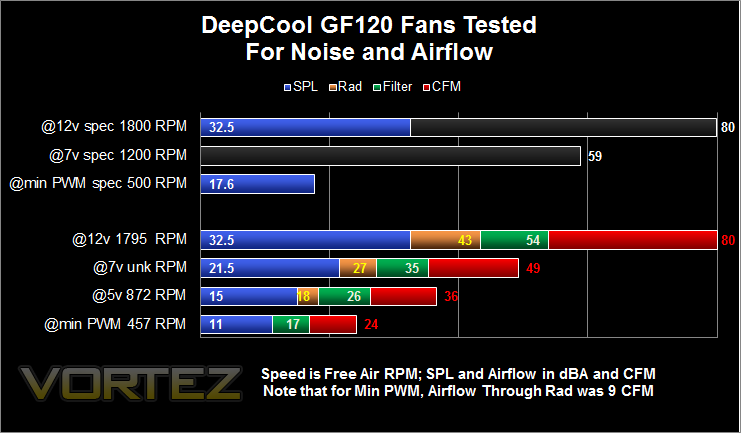 One important item: the fan was as silent on PWM as it was on Voltage control. It was click-free at all points tested.

Another thing  that bit about the fan being waterproof. Is it? After all, there are no standards here. Where an IP67 device is specified as able to sit under a meter of water for half an hour, we are not told how deep the GF120 can go, or for how long. So, after I was done with airflow testing, I dunked the GF120, just deep enough that it was almost fully under water (I left a little bit out to show that it was in fact immersed) for long enough to take pictures. Mind you, the impeller had already been taken off and put back on this fan. 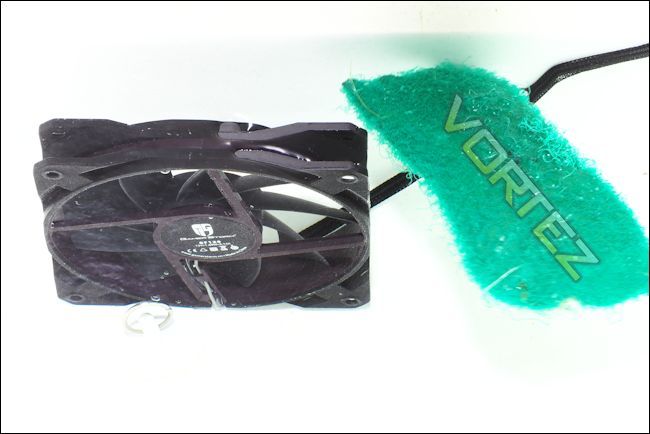 Sure enough, the fan ran again at full speed after its dunking. Deepcool delivered on its promise.