Capturing on-screen footage has, in the past relied heavily on specialised software which in turn consumes local system resources, involving hardware such as the CPU, memory and graphics cards. For casual video capture it might be convenient to rely on software but for users who are serious about streaming or on-screen recording, a dedicated capture card is an essential tool to minimize the impact on system resources. For gamers, in particular, a capture card will alleviate any frame-rate drop which can occur while recording and is therefore regarded as an essential item.


Weve been using the Epiphan AV.io 4K for over two months now and cannot praise it enough. Prior to this we were using the Razer Ripsaw which was another great capture device but sadly, lacked the 4K support. There are very few 4K capture solutions on the market at the consumer level and the AV.io 4K can quite easily therefore monopolize in this field.

The AV.io 4K arrives very well-packaged and the unit itself is robust; featuring a steel enclosure for longevity and measuring just 90 mm × 60 mm × 23 mm  the size of a credit card. This unit also comes with two accompanying items  a HDMI cable and a USB 3.0 cable. The USB 3.0 cable connects between the Epiphan device and to the computer system youre wanting to stream/record to, while the HDMI cable connects to the Epiphan device and the video out on the system youre wanting to capture the footage from.


The above configuration highlights how efficient the AV.io 4K really is. Not only does it alleviate any load from the source system, but it does so using the USB 3.0 interface  meaning that data can transfer at up to 5gbps. The configuration also means there are just two ports on the unit  HDMI and USB 3.0 and no drivers/software are required, Windows simply identifies the card and youre able to then interface with AV.io 4K via any of the supporting software (Skype, XSplit, VLC and many more!).

With no software to install and update, once you have AV.io 4K connected, all you have to do is load up the software you wish to use  in our instance this was XSplit Broadcaster. Since Windows detects the capture card immediately, all we have to do is select it as a source device on the system we want to record with. So, this process is hassle-free and will only cost a matter of minutes before you are up and running.

Specific settings can be chosen within the software package you choose to use but with XSplit Broadcaster we were able to choose from 640x360 all the way up to 4096x2160. 60 fps is available up to 1920x1080 while the resolutions above this will offer 30 fps as a maximum.

Recorded footage appears in the chosen path within the software package being used and file size will be dependent on the options chosen. Colour space offers 4:2:2 and 4:2:0 and the quality we found the videos to hold excellent saturation and sharpness.

Our requirement for the AV.io 4K came as we needed a reliable device to capture accurate footage to display actual game fps for our graphics card video reviews on vortez.tv. Using software on the source system to which the graphics card is installed affects system performance and fps and is therefore inaccurate and not a true representation of how a graphics card performs in a said game. Capture devices which are tailored for the gaming industry have the limitation of 1920x1080  meaning its impossible to alter the resolution on the source system once in-game  1080p is the maximum resolution available. So, the Epiphan AV.io 4K is really the only device currently around that offers streaming/recording options through a dedicated card offering UHD.

Since using this product for the last two months, it has worked tirelessly to record up to around 100 videos without any hitches whatsoever. If the intention is to stream rather than record, again AV.io 4K shines in this department also, delivering near-zero lag. Having a side-by-side comparison demonstrates how lag-free the streaming functionality actually is, with the human eye youll struggle to identify any latency.


The only negative thing we can really say about AV.io 4K (and its a minor criticism) is that there is some noise leakage when the unit is in use. Inside the enclosure Epiphan has attached a tiny cooling fan to the PCB in a bid to prevent heat being generated, the noise isnt disruptive but perhaps a passive cooling solution would be a good route to take with such a device.

So, all in all the AV.io 4K is a dainty capture card which offers a robust but small footprint and does exactly what its supposed to without any unnecessary extras or hitches. It just works, and we couldnt be without it!

If youd like to see the AV.io 4K in action, be sure to check out our latest graphics card review. All of the gameplay footage was captured using this device.

Pros
+ Small, solid build quality
+ Easy to use (no software)
+ Offers up to 4K capture
+ Unnoticeable latency during capture
+ Good audio options
+ Works with a multitude of software packages 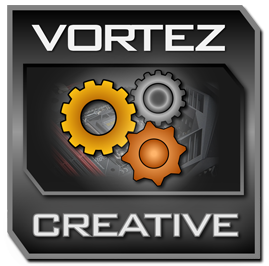 Click here for an explanation of our awards at Vortez.net