👤by Andrew Wallace  Comments 📅26-10-08
Review
The wait is over. Far Cry 2 is finally with us. Has the wait really been worth it for this highly anticipated FPS sequel?

Far Cry was indeed an absolute classic. It's hard to think that the game is so many years old and it still looks and feels so fantastic. The lighting, shadows, character detail and overall story was phenomenal and there has been little to match up to the standards Far Cry set. With this in mind Far Cry 2 really did have huge expectations.

You would naturally think that being called Far Cry 2 this game is a sequel to the award winning Far Cry. But it is far from this. Far Cry 2 is in fact a completely new, and separate story. The Far Cry 2 name is therefore a marketing ploy, in an attempt to snatch away those thousands of hardcore Far Cry fans to this new title.

The story goes as follows  You can select from a selection of characters, your goal is to take down 'Jakal' who is a war lord supplying weapons between two rival war factions called the APR and UFLL. The game immediately starts in Africa with you being transported in a jeep. You soon become aware that you have the deadly disease Malaria. This taunts you throughout the game and you have to take medicine to counter-act the weaknesses it gives you. As mentioned, you can select from a list of characters  throughout the game you can use these other characters as 'buddies' to help you. 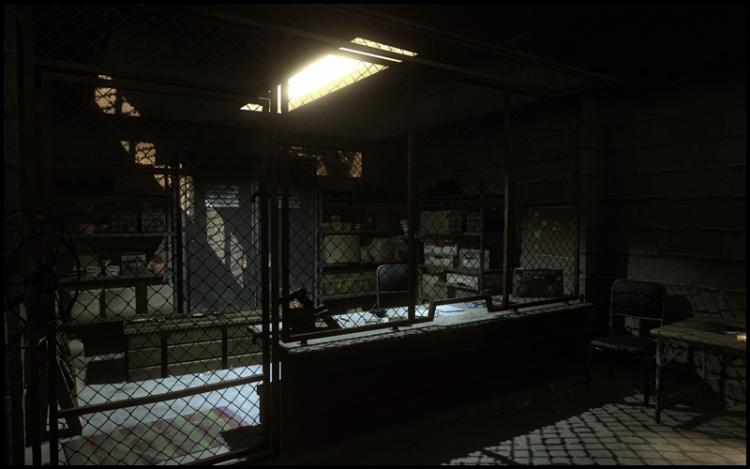 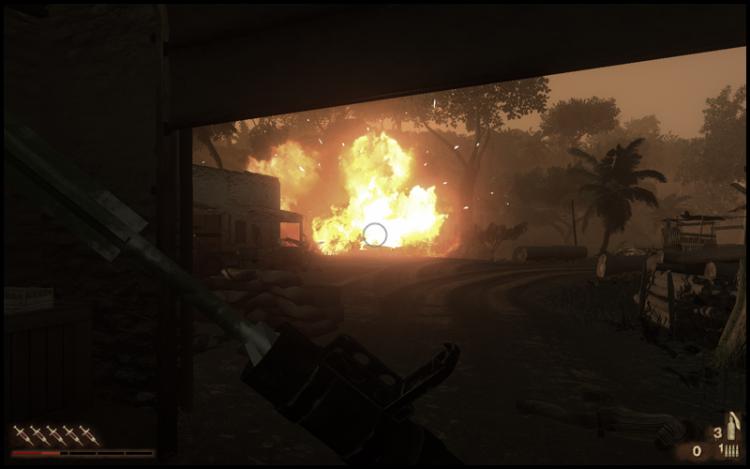 Although the gaming world is quite large, you are restricted in some ways how you can interact with the environment, especially at the start of the game. You can roam the world but this doesn't really benefit you in any way and it defiantly doesn't feel as though you have the freedom you had in the original game. It differs quite considerably to Far Cry and although this is a completely different game  you cannot help but compare the two.

Throughout the game you are given missions which you have to fulfil. This can become quite tedious. Very similar to the style which is adopted in Assassins Creed. You obtain a mission brief, carry out the objective and return to receive the next brief. This for me felt quite repetitive. It's very much the case of drive here, shoot up enemies, drive there shoot up some more enemies. The distance you have to travel to complete missions really slows down the gameplay and you might well get bored quite quickly. 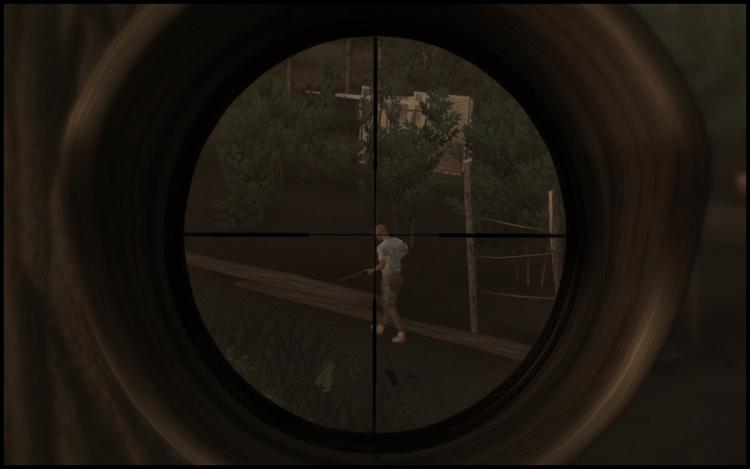 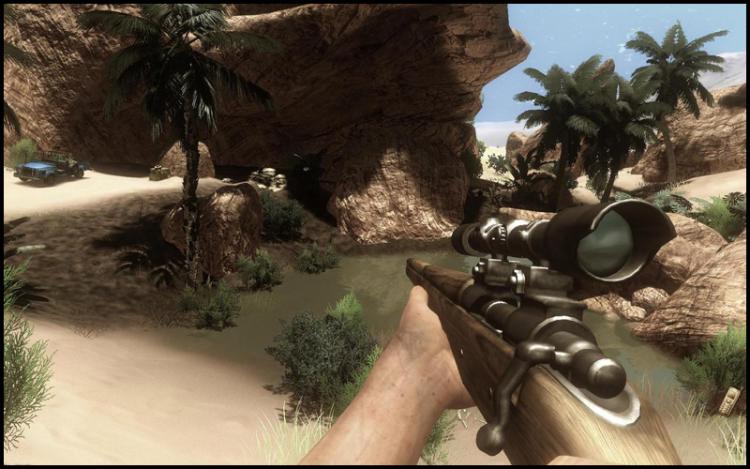 On a positive note though, the graphics are nothing short of breath taking. In the development of Far Cry 2, there has been some careful attention to detail. Explosions are something which look life-like and the model damage visuals really do impress with fire looking very realistic. The lighting and shading is brilliant yet the attention on the characters themselves are really quite poor. As you will see from the screenshots modelling is far from impressive. The models themselves look quite dated.

Aside from the disappointing story and gameplay, the AI is something to be pleased with. Enemies are very intelligent, and they will work in teams to surround you if you try to hide. Gun fights are very realistic accompanied with impressive rag doll technology  you can shoot a solider in the shoulder and he will be thrust back on that side and if you don't manage to finish him off, he will hide whilst being wounded to take cover. An interesting little feature in this game is that if you pickup a weapon which a dead enemy has dropped then you run the risk of having the gun jam. You can solve this by pressing R several times and your character will unjam the weapon. 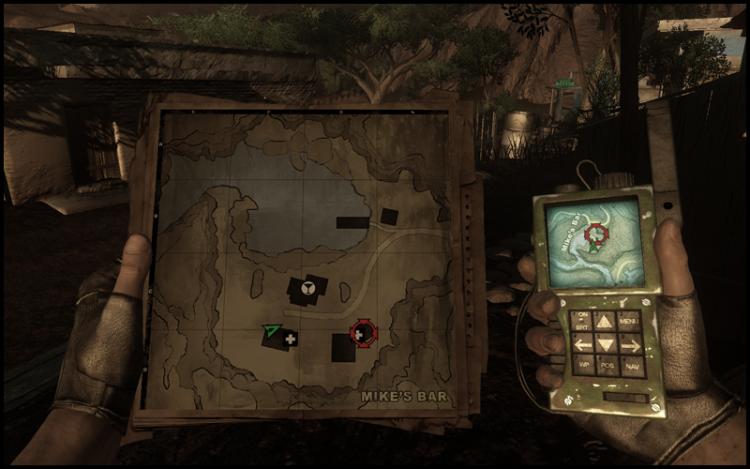 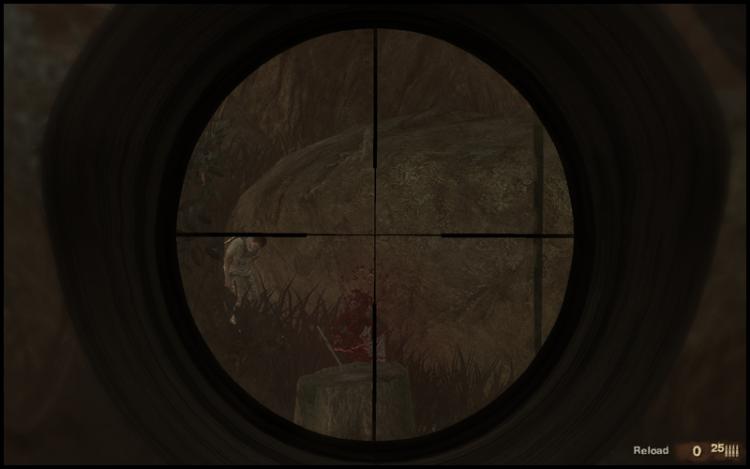 Far Cry 2 ran nicely on the system I tested the game on. I had the average FPS of around 40, the game was set at 1680*1200 with all the settings on very high. The system I used was:

One thing which did puzzle me was the fact that the game was not optimized for widescreen gaming. I've since done a google search and found that this indeed is a problem and there has been a fix issued by a 3rd party developer. This is very strange and quite sad that the community has to develop such fixes. The aspect ratio makes the screen very cluttered. The weapon in your hand takes up a large portion of the screen. This should not have been launched like this. Issues like this are to be ironed out earlier than the official release, not for us to almost feel like beta-testers. 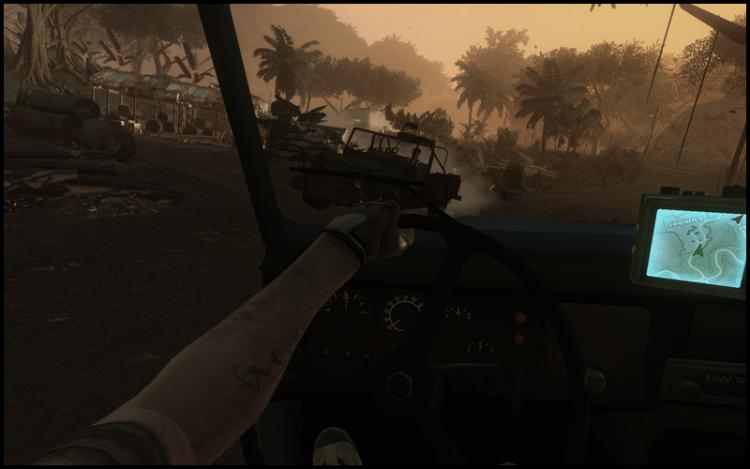 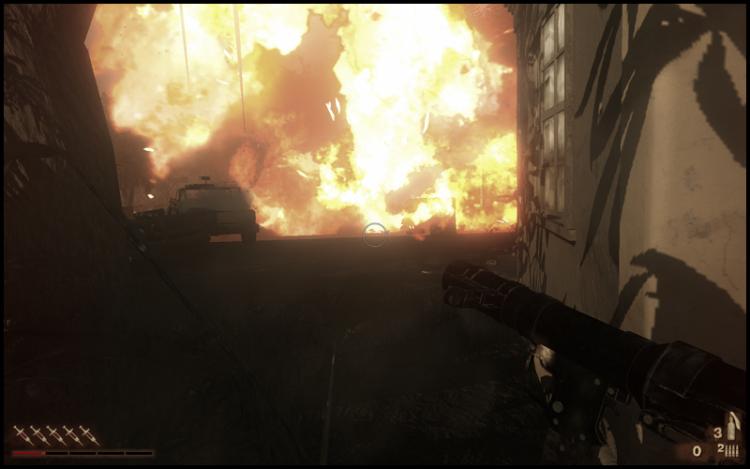 To conclude, this game was far from what I expected. With the high expectations that Far Cry the original set, Far Cry 2 did have some tough goals to achieve and sadly I feel they have not been. Enemy battles are the very much the same at the beginning of the game as they are through to the end, you might find this fun for 30 minutes but for the duration of the game itself? it gets quite boring. The bad points put aside, the game is a visual paradise but is this enough to merit it being a worthwhile purchase? I'm not too sure it is.