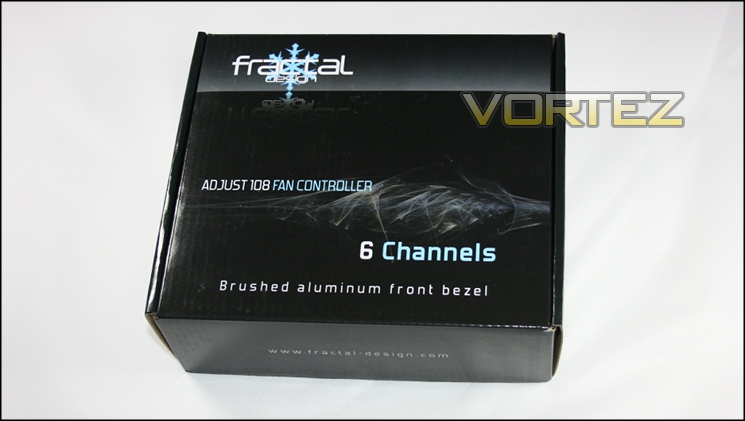 The Fractal Design Adjust 108's packaging is almost uniformly dark which should be fairly prominent on store shelves thanks in part to the Fractal Design logo. It has this in common with most of Fractal's products currently on the market, and so is in keeping with the branding.

The front is a stylised design stating the product inside and the fact that it has six channels of control and brushed aluminium bezel. Interestingly it does not include an image of the controller itself, perhaps indicating that they believe most of these products will be sold online rather than by though browsing in store. 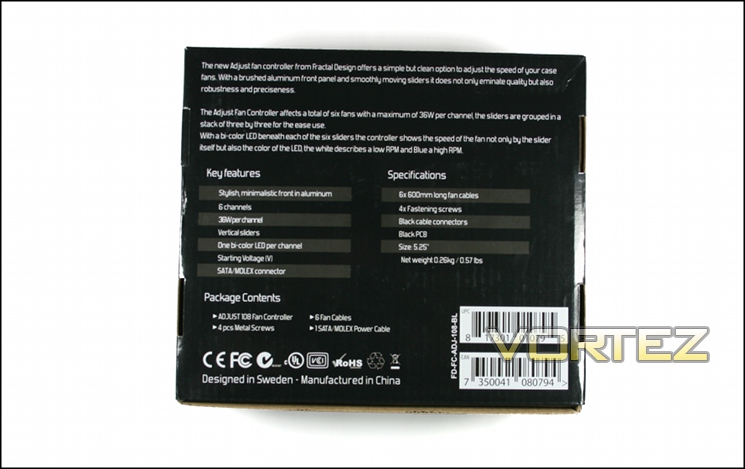 The pack rear is where the contents and technical information can be found, though there continues to be no image of the Adjust 108 itself. Here they mention the key features - aluminium front, 6 channel control and 36W per channel being chief among them. Also worthy of note is the compatibility information - 5.25" bay mounted and requiring SATA or 4-pin Molex power - and the inclusion of 600mm long cables to connect fans which allows routing of cables behind a motherboard.

Although the packaging doesn't exactly sell the Adjust 108, we can't fault the information presented to the customer. Internally the device is held in place by polyethylene foam, which should securely hold it during shipping and protect it from all manner of bumps. 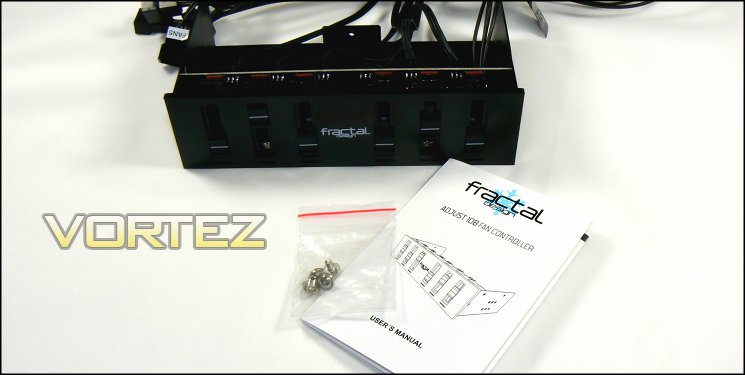 Our first impressions of the Adjust 108 are pretty good. The package as a whole contains the fan controller itself and four metal screws to fit the devices in a 5.25" bay of a PC chassis. Thankfully the entire unit - front, back, all cables and the PCB - is coloured black which shows a fantastic attention to detail from Fractal.

We should also not here that the Adjust 108 is only half as long as a standard 5.25" bay device such as a DVD drive and most other fan controllers on the market. Though not of much relevance to most users, there are niche circumstances where having this additional room can be useful such as a heavily modified chassis with radiator and fan assembly in the roof which would normally obstruct a 5.25" bay device. On the flip side, it can make the Adjust 108 a little less secure if utilising certain tool-less drive bay fixings, in which case the four screws will come in handy.

There are currently 529 user(s) online:
Google