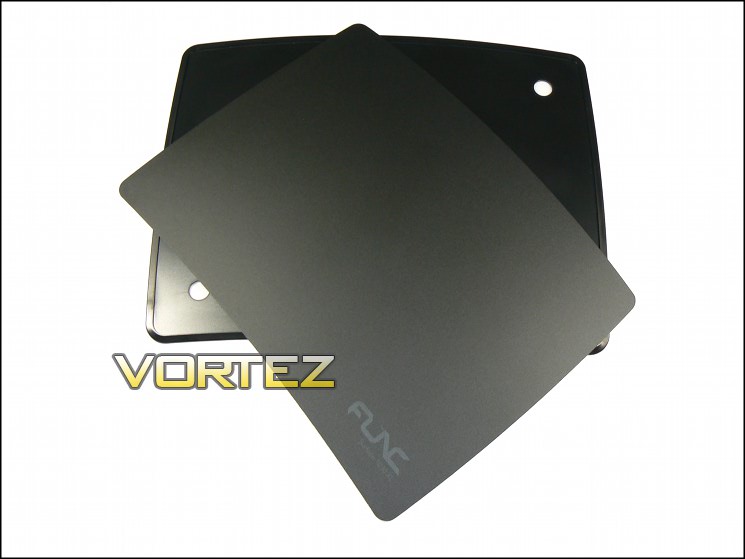 Func's Surface 1030 XL product is composed of two components: the Surface 1030 XL itself - a double-sided mousing surface with distinct textures on each side - and a recessed rigid plastic frame in which the surface sits. Rather than flexing the frame, the Surface 1030 is released by pushing through one of two holes on the underside of the pad. 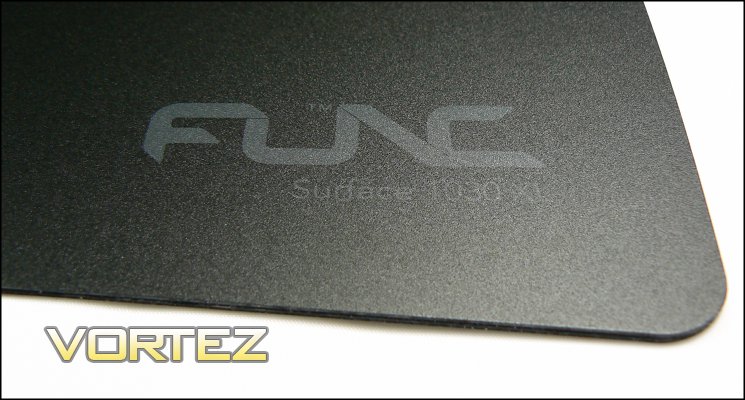 As noted, the finishes of the mousing surfaces' two sides are significantly different. One is designed to be extremely smooth, suiting the teflon skates of most gaming mice on the market right now. 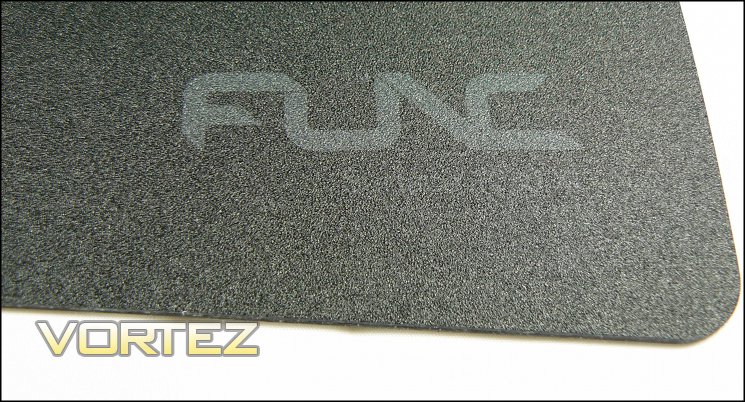 The other side is a harder and much more heavily textured finish, perhaps most suited to the ceramic feet appearing on some mice recently due to its durability. Although teflon skates can be used on the slightly roughened surface, extended use will probably increase skate wear, whilst also not being as smooth an experience for general workloads. It's also worth noting that unlike rubber-backed, single surface mousepads there's very little spring in the Surface 1030XL. 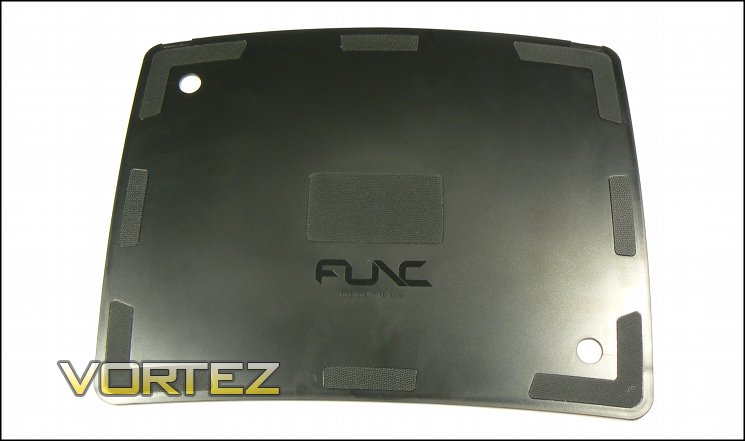 The back side of the Surface 1030XL is relatively bare. Eight rubber pads around the edge add friction to reduce slippage, aided by a central pad which also serves to make the frame compress in a uniform manner (rather than bowing out from the centre).