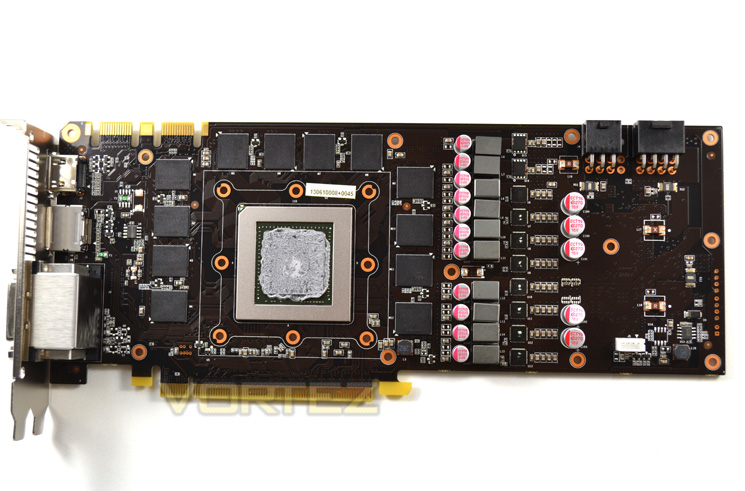 The PCB design is one which will be familiar to high end users with the VRM area positioned closest to the power ports for efficiency and clean power. The 12 256MB memory modules frame the GK110 core. 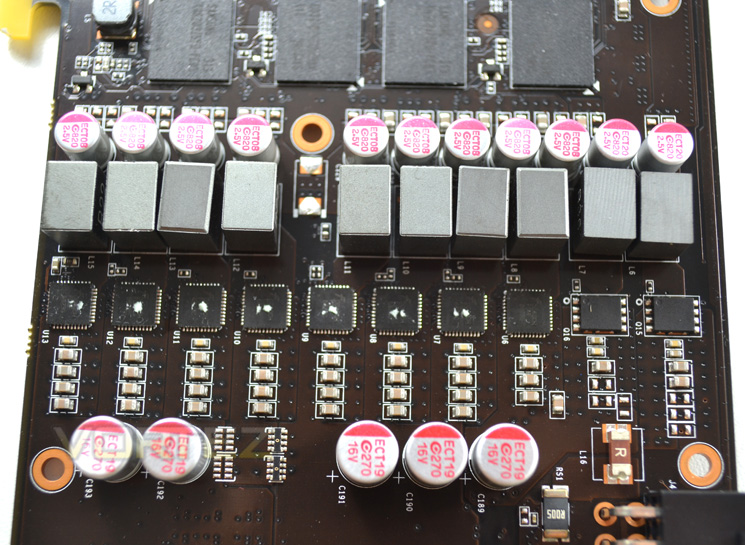 The VRM is made up of an 8 phase PWM design for the core two phases left for the memory. This 8 phase design will reduce both EMI and choke noise to ensure the most efficient power delivery possible to the core which in-turn should increase the overclocks of available to the card. Each of the phases also take advantage of DrMOS, further reducing circuit noise and producing less heat than normal MOSFET operations. 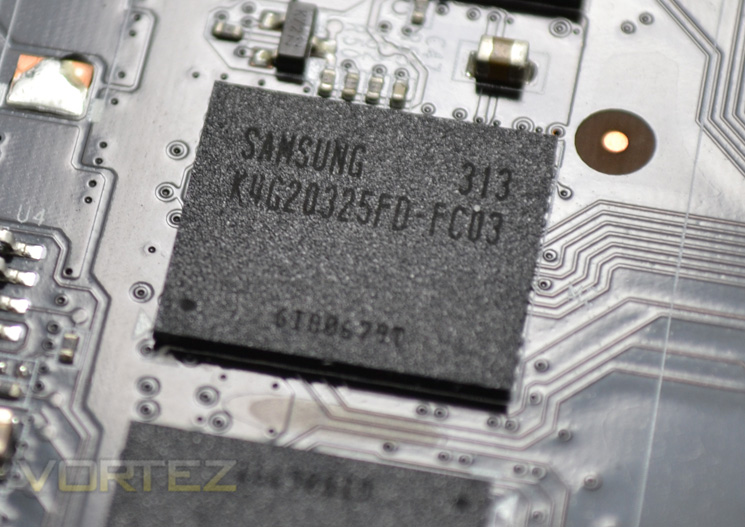 the memory chips used on the Gainward design are those very same chips used on reference versions which is no bad thing as these Samsung chips love being overclocked as we will see later in the review. 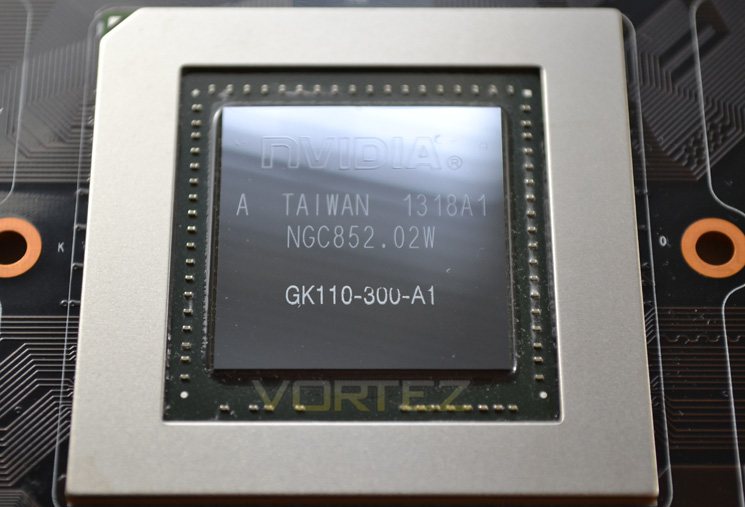 Finally we reach the trimmed down GTX TITAN core. While the core features 12 of the theoretically possible 15 available to GK110 is benefits from an overclocked clockspeed taking it past that of the GTX TITAN in terms of raw speed. The TITAN however has more cores (14) to play with so how this clockspeed vs cores battle pans out we will find out next...

There are currently 939 user(s) online:
Google