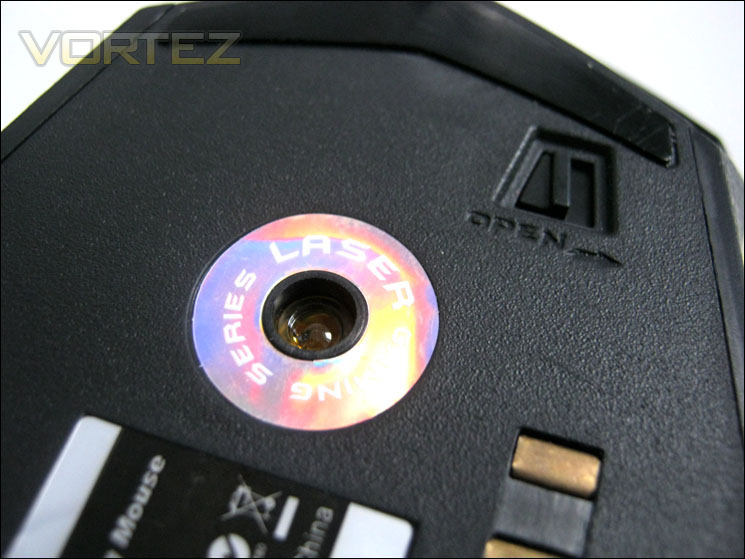 Phillips Twin-Eye Laser
The Aivia M8600 uses the popular Phillips Twin-Eye laser sensor with a maximum CPI of 6400. There are reportedly problems with this sensor regarding lift off on the Z-axis which can cause the cursor to jump approximately 150 pixels which would obviously become problematic during a game if you are the type to lift the mouse up slightly. However, during my time testing this mouse I found no such issues. 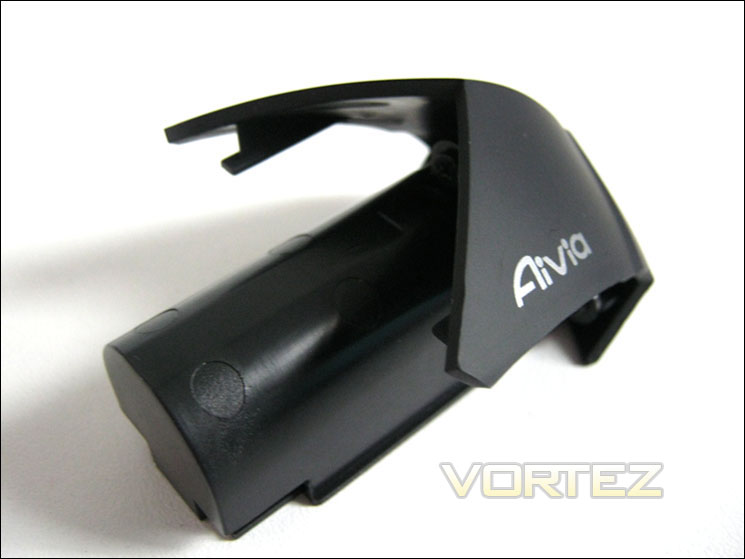 Back-up Battery
The battery itself becomes part of the mouse once clicked into place and adds a fair amount of bulk to the overall weight of the product. What was pleasing to see was that GIGABYTE had included a second spare back-up battery. The battery is a neat design and loads into the mouse like the magazine of a gun with a safety catch releasing the battery which GIGABYTE optimistically claim can be done in 2 seconds. Its a quick method for sure but in my old age with deteriorating dexterity, I managed a personal best of just over 6 seconds. 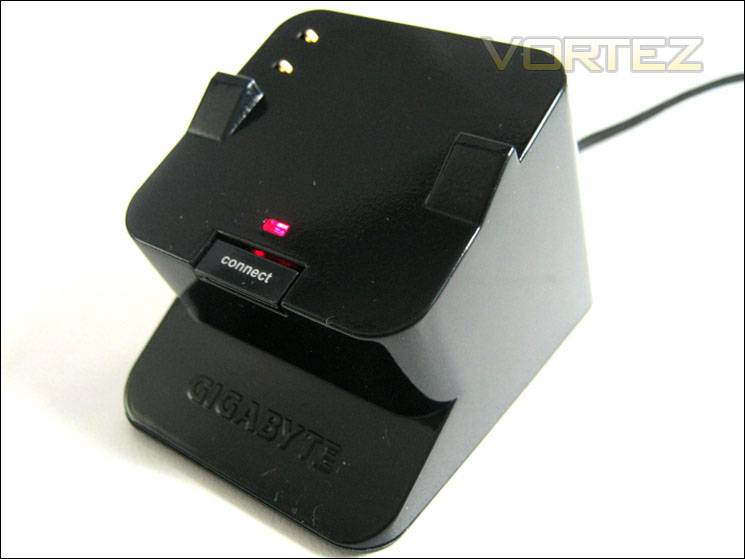 Docking Station
The docking station is relatively small in comparison to the mouse and also discreet enough to hide on your desktop. The dual function LED will signify whether it is charging (red) or charge complete (green). My one gripe is that it doesnt really fall in line with the aesthetics of the mouse being a mirrored gloss finish as opposed to the matt black stealth look of the mouse. 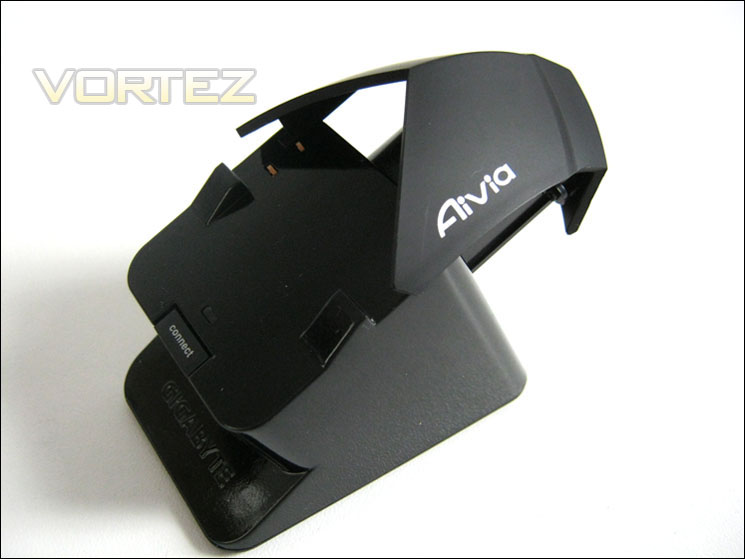 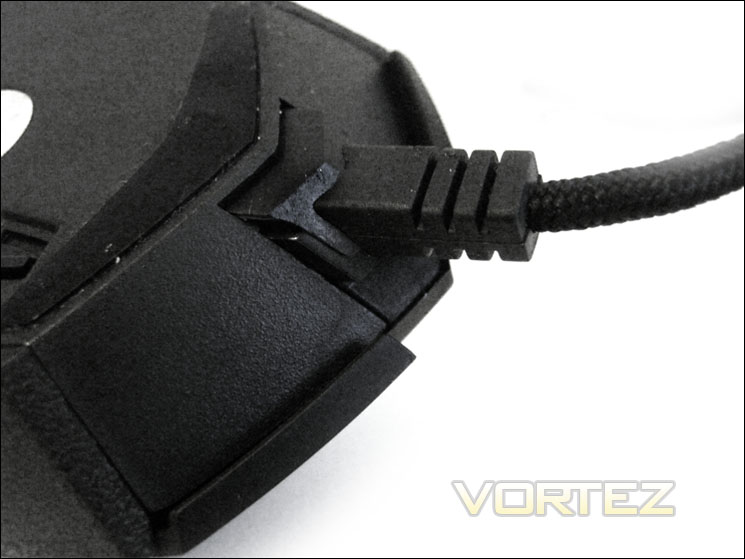 Wired Capability
As mentioned above, one of the unique features of the M8600 is the ability to use it as a normal wired mouse. This is done by using the stealth slot at the front of the mouse. Using this feature allows you to charge both the battery that is in-situ as well as the spare which can be left to charge in the docking station. This situation is ideal for those long gaming sessions meaning there is no interruption to your gaming, waiting for your mouse to charge back up. 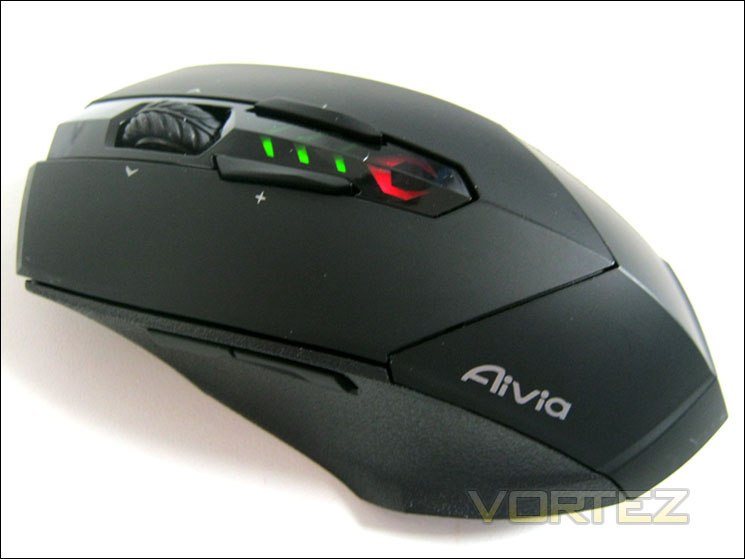 Like the vast majority of peripherals that hold aloft the gaming tag herald, the GIGABYTE Aivia M8600 has a set of lights. There are three chevrons which illuminate red (CPI setting) or green (battery charge remaining). The large emblem below the chevrons indicates which profile is currently loaded and the colour of this can be modified using the software based utility included with the package which we will investigate next