👤by Matthew Hodgson  Comments 📅04-09-18
Closer Look
The CPU socket on most of the B450 and X470 boards are surrounded by two heatsinks and plenty of power delivery components, however, due to the limited space, and likely smaller workloads, AORUS have employed a 4+2 Digital PWM design and used a single heatsink above to distribute the generated heat. The 8-pin CPU power socket is tucked away in the very top-left, hopefully helping with cable management in a smaller system. 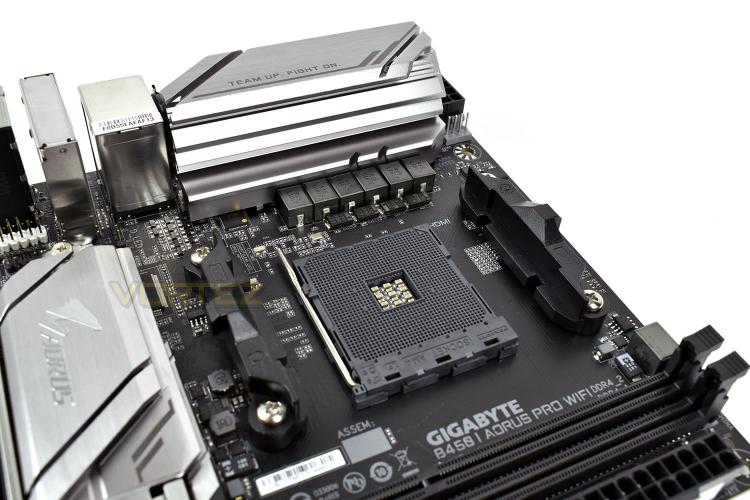 Obviously, due to the tiny size, some cut backs have to be made to large components, the most obvious is the lack of DDR4 DIMM slots; though, having said that, you can still install up to 32GB of DDR4 3200MHz  more than enough for any reasonable system.
Tucked in around the DIMM slots are the 4 SATA 3.0 ports, mounted at 180° of each other, front USB 2.0 and 3.0 and a PWM fan connection. The 24-pin PSU connection is also here. 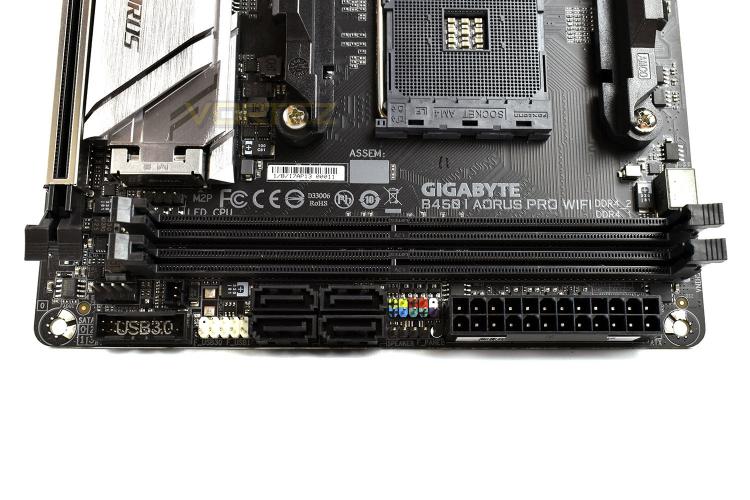 Under that large metal heatsink is the PCI-E NVMe M.2 slot, perfect for a large storage disk if the overall aim is keeping the build as small as possible, or for a small, fast drive as your boot disk and SATA HDDs for storage.
Directly under that is a reinforced PCI-E x16 slot for graphics cards or a dedicated soundcard. 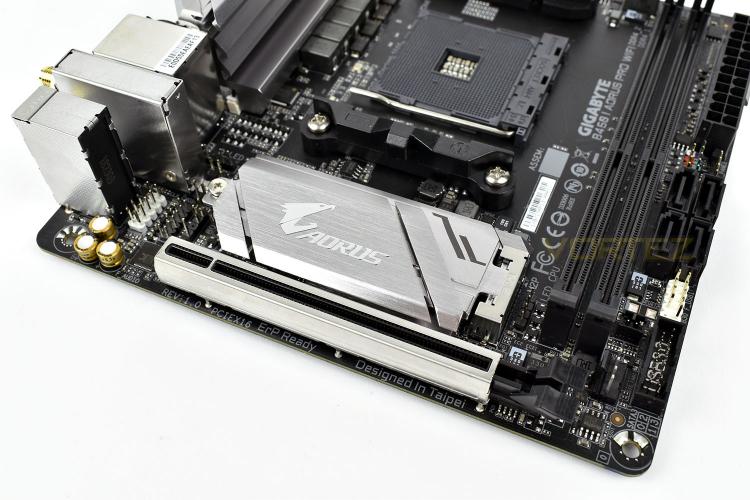 The rear IO is reasonably well equipped considering the size of the board; theres a pair of HDMI 2.0 ports, capable of 2160p @ 60Hz and supporting the latest HDCP 2.2 standard, while the Display Port 1.2 is also capable of 2160p @ 60Hz. Theres 4x USB 3.0 ports and 2x USB 3.1 Gen. 2. Intels Gigabit ethernet is stacked above the USB alongside the WiFi connections. Finally, theres the audio jacks supported by the ALC1220-VS Audio IC. Sadly, and quite importantly, were missing a USB 3.1 Gen. 2 Type C port, which is becoming more and more commonly used, especially with many phones now adopting the standard. 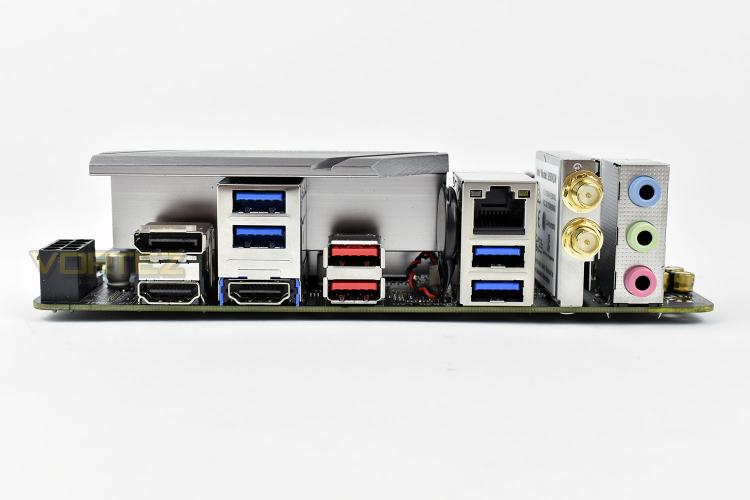