The GIGABYTE AORUS M5 is another offering that looks to try and balance performance with usability, but does it sacrifice anything to achieve this?

Well, on paper at least the M5 is a compelling gaming mouse, it features the highly praised Pixart 3389 optical sensor which is capable of some impressive feats. Other strong attributes include the Omron switches which have a very long life expectancy of 50 million presses, that isnt all as the M5 also utilises a weight system to allow you to tailor the feel of the mouse. As standard it weighs 118g, but with the weights, you can increase that to 130g in increments of 2.5g.
Other highlights also include the integrated RGB fusion lighting, swappable underside glide feet and software customisation.

We do have a few slight concerns about the AORUS M5, and these are mostly with the design and build, the design is really nice though the shape could pose issues for some. The build also shows some areas of weakness which we will be addressing later in the review. 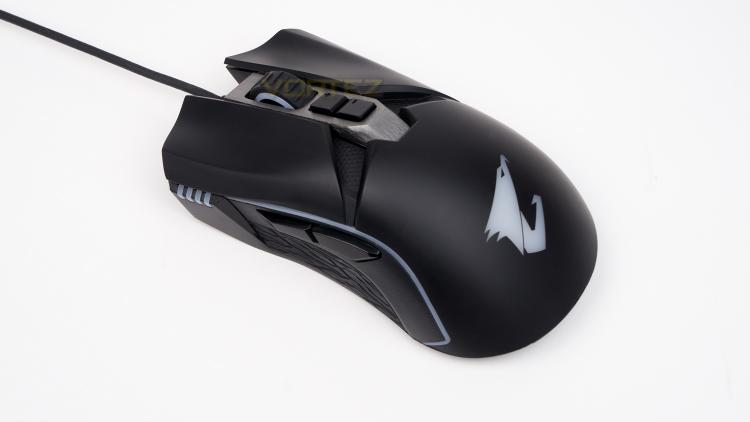 GIGABYTE on the AORUS M5:
AORUS M5 boasts an enthusiast-grade 16000 DPI optical sensor (Pixart 3389), capable of 400ips and 50G acceleration, that gives you the ultimate accuracy for competitive gaming. Adjustability in 50 DPI increments further allows you to make a seamless transition from your old mouse by fine-tuning the level that precisely fits your play style.