GIGABYTE, particularly with their premium AORUS brand, offer computer enthusiasts high performance components and are very well known for their motherboards and graphics processors, however, one market theyre relatively new into is solid state storage but todays sample hopes to change that.

You mightve heard with AMDs 3000-series processors came the X570 chipset which brought with it the latest PCI-E 4.0 interface, offering double the bandwidth of the outgoing PCI-E 3.0 standard. What that means is a whopping (theoretical) 2GB/s per channel, for a total of 32GB/s on a x16 interface. GIGABYTE were obviously keen to capitalise on this massive bandwidth improvement and have released their AORUS NVMe Gen4 SSD in 1TB and 2TB capacities. 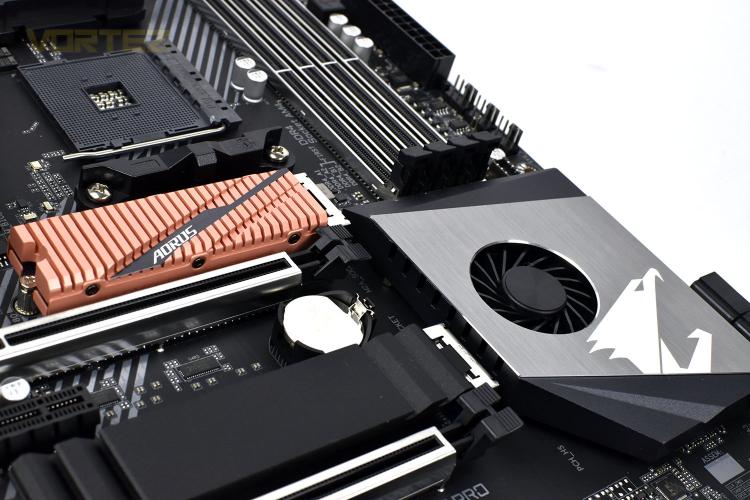 Utilising the industrys first PCI-E 4.0 storage controller, the Phison PS5016-E16, as well as DDR4 caching and Toshibas BiCS4 96-layer NAND, the Gen4 SSD offers read and write speeds of 5000MB/s and 4400MB/s respectively, with 750K and 700K read and write IOPS. If youre familiar with drives like the Samsung 970 PRO or the Western Digital SN750, the best that PCI-E 3.0 had to offer, the promise of 5GB/s and 4.4GB/s will certainly get the juices flowing.

With all of this increased data throughput, theres an increase in thermal output which necessitates measures to dissipate that, GIGABYTE have done so by strapping an all-copper heatsink to both sides of the SSD with many deep grooves for improved surface area.

After being trapped below the PCI-E 3.0 ceiling for several years now, were excited to see what manufacturers are capable of with the new specification, so lets jump into our tests and see whats what.