If you are looking for a gaming motherboard to go with your shiny new Kaveri APU, GIGABYTE will want to turn your attention to their G1.Sniper A88X, that's right, SNIPER. Sitting at a very competitive price as far as the A88X motherboards go, there are likely concessions made when compared to the big boy brothers on the Intel side. Regardless, we have the green and black aesthetic for the AMD team which allows for personal preference and selection. Most noticeably with the G1.Sniper A88X, GIGABYTE shed a lot of the extreme designs and opt for a more sensible solution, we find a 4+2 digital power phase delivery which is perfectly adequate for this low power platform, as opposed to the 16 phases that can be found on the G1.Sniper 5! Also, you will not find any skulls! Let's turn our eyes to the details then take a look at performance. 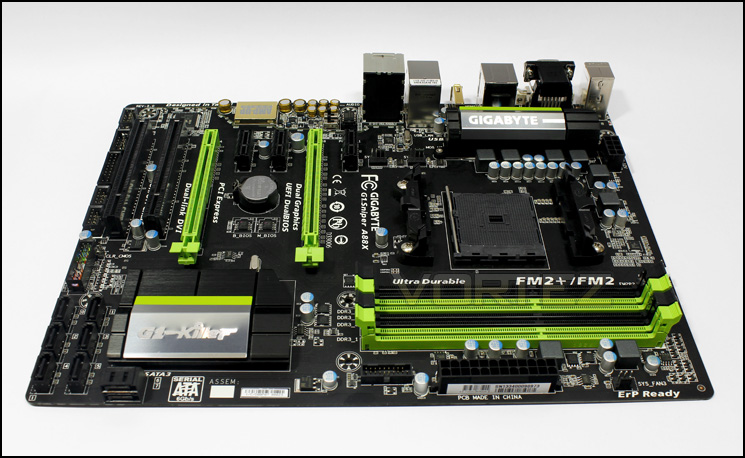