👤by David Mitchelson  Comments 📅14-10-11
Closer Look
The first aspect of D3 we will consider is the CPU socket area. Unlike other Z68 motherboards we have seen, the D3 only has a single heatsink running vertically over the MOSFETs. The D3 has a 5+1 Phase Power Design and only 4-pin CPU power  significantly less grunt than what you would typically expect from a Z68 motherboard. It will be interesting to see a little later how far we can push the 2500K we will be testing this board with. Being LGA1155 the D3 will use Intels 2nd Generation Core i7/i5 and i3 Processors. 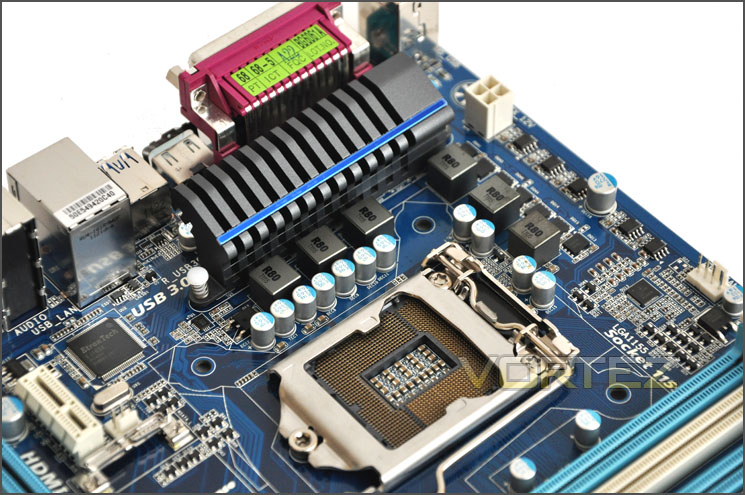 Slightly less Phase Power than other motherboards we have tested

Next up we have the memory slots. Being LGA1155 we have dual channel DDR3 slots for up to 32GB. There is support for kits from 1066MHz up to 2133MHz and there is also support for Intel XMP memory modules. 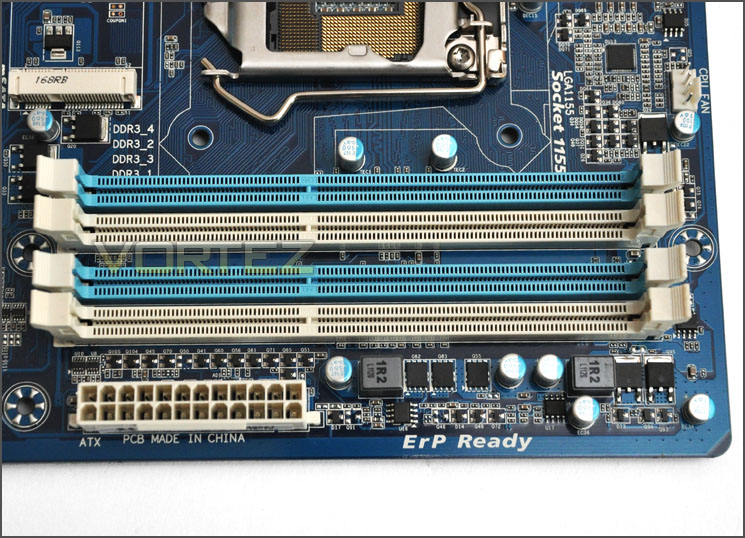 Moving to the storage we have 4x blue SATA 2 (3Gbps) and 2x white SATA 3 (6Gbps). Having only 2x SATA 3 ports means that these ports are supplied via the Intel Z68 chipset, alas we have no SATA 3 ports via the Marvell Controller which could be a blessing to some! 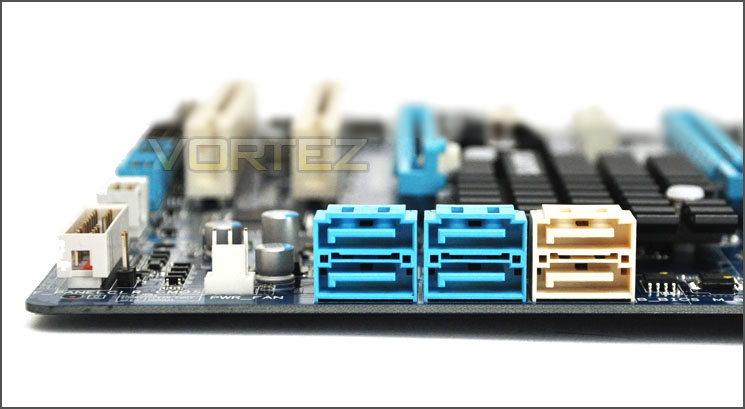 Over at the PCI-E lanes there are 3 x PCI Express x1 slots, 2 x PCI x16 slots. The top slot runs at x16 whilst the lower slot runs at x4. Having dual x16 slots means we can run a multi-GPU configuration but the D3 only accommodates ATI CrossfireX not NVIDIA SLI. If we did set up CrossfireX then both cards would drop down to x4. GIGABYTE actually state:
The PCIEX4 slot shares bandwidth with the PCIEX1_2 and PCIEX1_3 slots. When the PCIEX1_2 slot or the PCIEX1_3 slot is populated, the PCIEX4 slot will operate at up to x1 mode.
Additionally there are 2x PCI legacy slots for older devices such as sound cards.

Also pictured at the very top of the PCI-E section there is an mSATA connector. Finding any information on GIGABYTEs website about mSATA is actually quite a difficult task but here is what they have to say about it:
GIGABYTE will introduce 4 unique Z68 motherboard models with an onboard mSATA connector that can employ Intel® Smart Response Technology together with new 20GB Intel® 311 mSATA SLC SSDs to boost system performance. 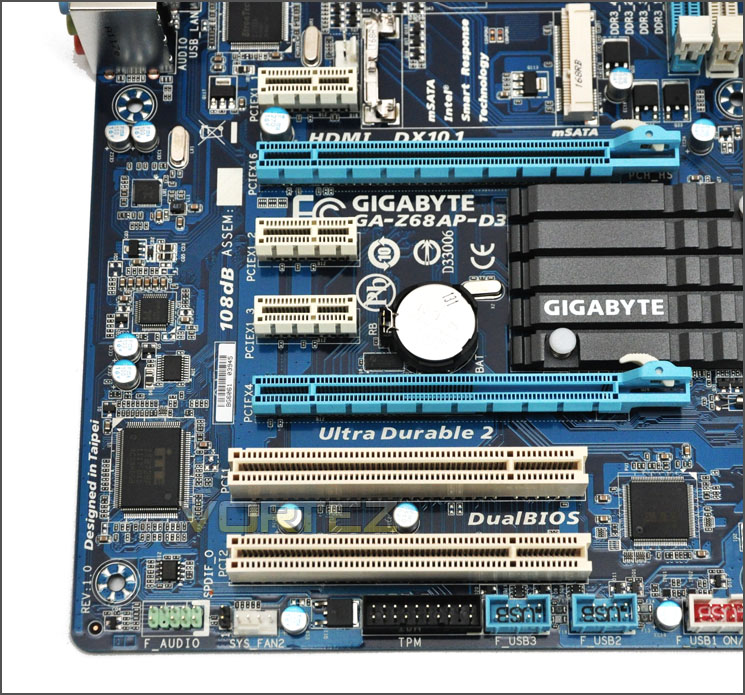 Those of you who are puzzled at the Parallel/Serial ports are right to do so, GIGABYTE believe that end-users are still using this type of port for their daily usage. Personally, I think these end-users are few and far between  it might have been better to integrate a DVI and VGA port to accompany the lonely HDMI to deliver all video output options instead.