GIGABYTE are one of, if not the premier PC component manufacturer. Their popularity among PC enthusiasts has escalated in recent years thanks to quality products that offer fantastic performance backed up by solid reliability. Gone are the days when GIGABYTE products were seen as the newbie component of choice, instead they are now held in the highest regard by system builders and overclockers alike and for good reason too. GIGABYTE motherboards are among the finest available and the full range of graphics cards GIGABYTE offer give the consumer the ultimate choice, regardless of budget. The card we have for review today though is not your regular run-of-the-mill offering, its something quite special.

Overclocking can be fun but it can also be frustrating, time consuming and can sometimes end in a product suffering failure due to over exuberance. The ethos of overclocking has evolved from yesteryear where people overclocked for very different reasons. Previously, enthusiasts overclocked their products because the price of newer, faster products was prohibitive. Why buy new when you can overclock your existing product to similar performance levels was the question those involved in the dark arts asked themselves. Very few products offered the capability to overclock, certainly there were no software utilities freely available as they are today. Overclocking meant using on-board jumpers, being an expert solder and having a PhD in electronics was always welcome. Today however, manufacturers have made the whole process very simple. Pre modified hardware, multiple BIOS backups along with intuitive, easy to use GUIs has brought overclocking to the mainstream regardless of experience. Thus, a free boost in power is now within anyones grasp.

Overclocking however comes with no guarantees. You could buy two pieces of hardware from the same store, at the same time, even from the same batch number and overclocking results could yield wildly different results. Having the luck-of-the-draw is not good enough for some people though. There are some people who want guarantees, or at the least a guarantee of a good foundation to overclock from. For this reason manufacturers released pre-overclocked editions. These cards offer the consumer, as the description suggests, a factory overclocked card which is pre-tested to run at those speeds. Speed binning happens in most components and has for some time, even pre-overclocked is nothing new  Intel has been doing it for over a decade. Being cherry-picked however means you are potentially getting the best silicon from the factory assembly line and that should, at least in theory at least, give you the means to get the very best overclocks from that particular product family. 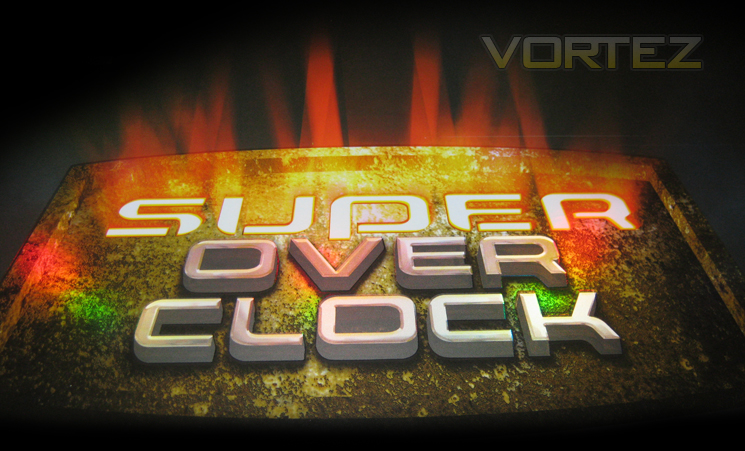 The GIGABYTE GTX570 SOC (Super-Over-Clock) is one such card that befits that description. It is factory overclocked but unlike some of its competitors, its overclocks are not mild. The card weighs in at a blistering core clockspeed of 845MHz versus stock GTX570 core clockspeed of 732MHz. By using what GIGABYTE refer to as their GPU Gauntlet sorting process; they do this hard work for you by finding the best balance between overclocks, stability and power consumption. If it passes the Gauntlet then it gets approved with the SOC moniker. Those that dont make the ultimate grade will go into the parts bin for lower specified GTX570s. Being Super Overclocked doesnt mean there is nothing left in the tank either as we will find out later in the review because while GIGABYTE have pre-set the best balance of speed vs power consumption, we throw caution to the wind and attempt to extract every last ounce of performance regardless of the effects on the environment!

The GIGABYTE card also comes fitted with the excellent WindForce cooler which we first saw on their GTX560 and which impressed us. Coupled with a plethora of additional features while weighing in at a fair price point and the GIGABYTE GTX570 SOC looks all set to be held high on anyones shopping list. Are these features worth the slight inflation in price though? I think its time we found out so please join with me as I take you through the card in fine detail which will hopefully allow you to make your own mind up on whether this card is an enthusiasts dream or an inflated, needless piece of hardware in an already overcrowded market