When companies want to promote a product it never hurts to add 'super' to the product name. After all, who is going to buy a 'standard strength cold remedy when there is 'Super Strength' available. Bachelors don't make standard noodles either, they are of course 'Super Noodles'. Even nappy (diaper) manufacturers are in on the claiming the products 'super absorbency'. When in actual fact most of the products with the afore mentioned 'Super' tagline are usually 'standard' with nothing particularly super about them at all! The same can be said of graphics cards and to be honest, most enthusiast PC hardware. 'Xtreme', 'Pro' Ultra' are just some of the buzz words manufacturers of our favourite hardware have been using for years. Gigabyte are no different so when we were asked to review their later 'Super' Overclocked graphics card there were a few rolling of eyes around the office.

That was until we realised exactly which card this was. 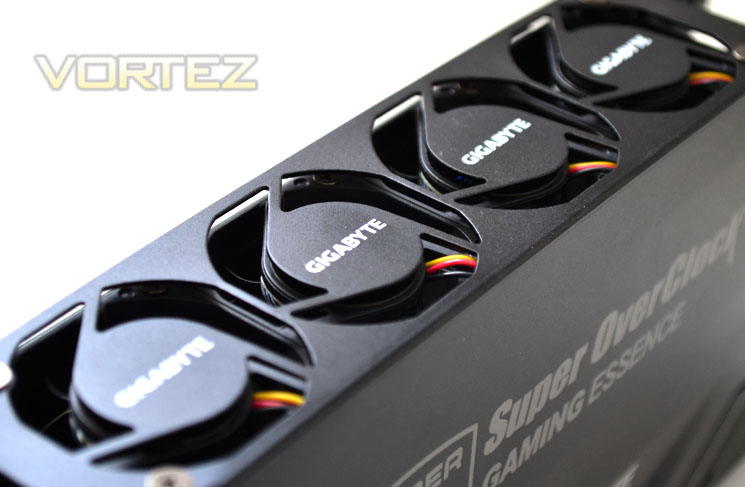 There has been quite the commotion caused by GIGABYTE over their Super Overclock GTX680, not because it is one of the fastest factory overclocked cards available, nor because it is also one of the most expensive single core GPU's available. The ruffling of many feather came when it was revealed in Taipei to have 5 fans. Yes, that's right FIVE! Now, I will be the first to admit that when our news reporter first posted this news I assumed it to be some sort of concept that would never see the light of day. Surely GIGABYTE would be insane to release a card which uses 5 small fans to cool a triple slot heatsink, especially when their Windforce x3 card does it so efficiently. Nevertheless, they have released it. It's available as I type and should you get to see and hold one in person you will appreciate that Super is just one of many adjectives that could be used by GIGABYTE to describe it. Super just doesn't sit quite right for something so monolithic in appearance. I am relishing this card more than any other at present simply because it promises so much. Can it deliver on those promises though?