We've had a few WindForce cooling designs through our doors at Vortez and each one has impressed both with their attractive design but more importantly their performance. They ran very quietly and they kept the graphics card cool, even when overclocked. Today, we will be looking to see how it performs on an already cool running card, the HD7850. Is such a cooler needed on a cool running card you might ask. Well GIGABYTE have seen fit to overclock the GPU core on the HD7850 from 860MHz to 975Mhz which will add to the heat but will it be enough to justify the cooling ability of the WindForce design? 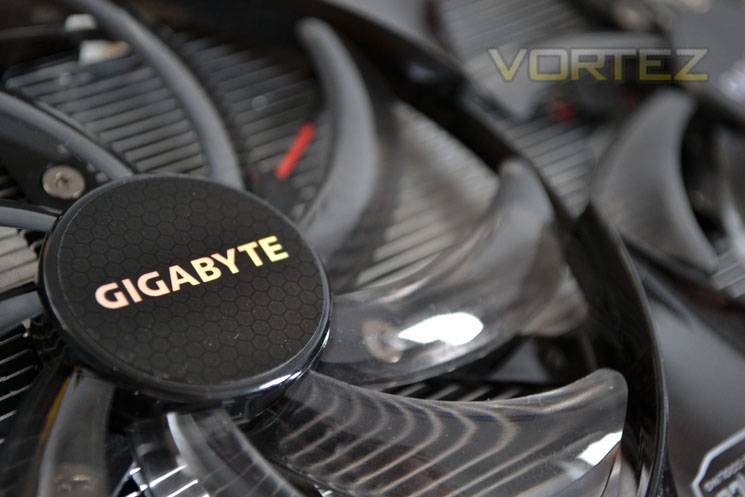 The AMD HD7850 holds the 28nm Pitcairn GPU as its heart which is slightly trimmed back from the full blown HD7870. It has four compute units less than the 7870 which means a 25% drop in stream processor count from 1280 to 1024 and the texture units sinking to 64 from 80. This results in a performance drop of 25 GT/s. The HD7870 is also clocked higher at 1GHz while the 7850 (reference) makes do with 860MHz. Because the HD7850 is lower clocked and has less GCUs it consumes less power, 130w vs 175w. The HD7850 still packs a solid punch though thanks to the identical memory configuration of the HD7870 which works off a 256-bit bus and clocked to the same 1200MHz (4800MHz effective) which gives us an impressive 153.6 GB/s memory bandwidth. The GIGABYTE HD7850 OC makes up a fair bit of ground though because of the 115 extra MHz factory overclock applied to the core raising the 55GT/s to an impressive 62.4. While the memory clockspeed remains the same, we hope to eek a little more performance from both the memory and the core clockspeeds when we test the maximum overclock of the card.

Here's what GIGABYTE had to say about their latest card: