The R9 series of GPUs have proven very popular, especially those which have a custom cooler with which to keep noise and temperature levels down to a minimum. The GIGABYTE R9 280X WindForce 3X OC is one such graphics card which as the name suggests, utilises the excellent Windforce cooling design. This cooler is widely regarded as one of the best available so while the Tahiti core of the R9 280X was never regarded as an extremely hit chip, the AMD sliver of silicon will certainly benefit from added cooling, especially when we look to overclock the card. We have also been heavy critics of the reference cooler due to the noise production but this could not be further from the truth with the Windforce design. Cool, quiet and high performing - what could go wrong? 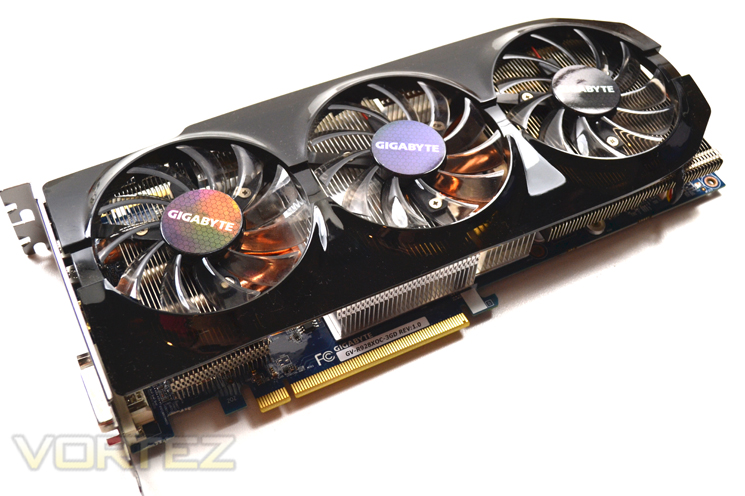 While we have always held the HD7900 series in high regard here at VORTEZ, especially the HD7970, the Tahiti core on which it is based is beginning to get a little long in the tooth. It was first released almost two years ago to the day and two years is a very long time in the graphics card segment. While the price may have come down, the beating heart of the R9-280X is still near identical to the one we reviewed back in December 2011. AMD have breathed new live into the Tahiti core though and taking a leaf out of NVIDIA's book by renaming 'old' tech.

Can the Tahiti core still hang with the big boys that cost twice as much? If so the GIGABYTE R9 280X WindForce 3X OC could well be the gamers card of choice. We suspect however, that the R9 280X while being a capable range filler that will also strike a balance between cost and performance which in today's market is certainly no bad thing.