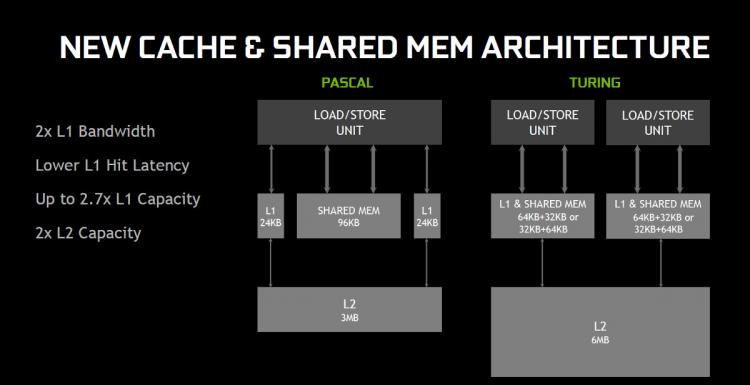 Turing implements further optimisations to the cache and share memory system, probably partly as a consequence of making more data available to these new processor components.

Due in part to this NVIDIA claim ~50% improved performance per core when shading, although not all that improvement will be immediately reflected in final frame rates. 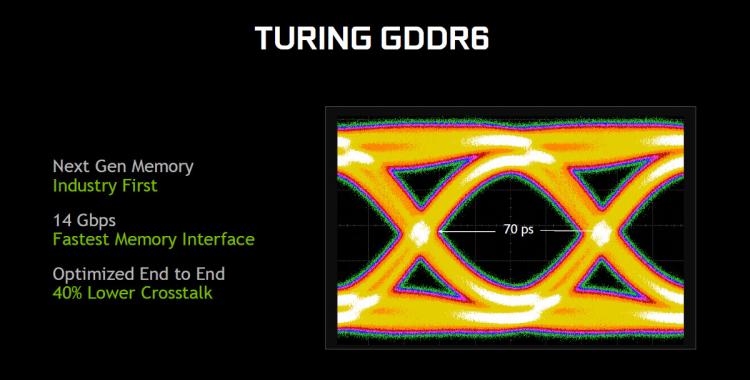 The higher effective memory bandwidth available to Turing GPUs  measured by NVIDIA to be on the order of 50% - will be particularly useful at higher resolutions and image quality settings. The GTX 1080 Ti was always a solid 4K gaming GPU with moderate image quality settings; just how far can the RTX 2080 Ti go? 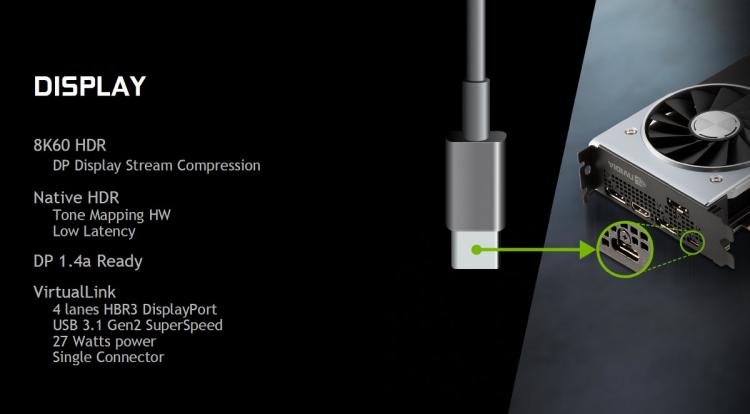 Unveiled earlier this year by a consortium of stakeholders in the VR industry, VirtualLink is a new standard for single-cable connections to VR Head-Mounted Displays. In incorporates data, power and display lines into a single compact connector thats a slight twist on the USB Type-C specification.

As well as USB 3.1 Gen2 data lines, the VirtualLink standard supports four lanes of HBR3 DisplayPort and can supply up to 27 Watts of power. It will reduce the number of trailing cables between PC and HMD to one, and should also reduce cost over time.

The GeForce RTX 20-Series graphics cards are the first in the market to support the VirtualLink standard, well ahead of HMDs that are compliant with it. Thats certainly going above and beyond to future-proof the card, but we wonder if a header and front-panel-connector approach may not be the final iteration of this emerging standard.

You can read more about VirtualLink at https://sites.google.com/view/virtuallink-consortium/home