👤by Matthew Hodgson  Comments 📅10-07-19
Conclusion
If we begin by focussing on the aesthetics of the motherboard, this one is arguably one of the best looking on the market at the moment. That is pretty typical of the AORUS brand, but even more so this time around. The silver and black contrast against each other well while the very small amount of colour on the audio capacitors keeps things interesting. RGB lighting is subtle and customisable across the entire board.

Performance, considering the boards £379/$399 pricing, had to at least be competitive with other options. We found in our graphs that performance varied, as they always do, but a particular strong-suit for the X570 AORUS MASTER was memory bandwidth and latency. The differences are rarely huge between same-chipset motherboard reviews and this is another instance of that, but small differences can sometimes add up. Further to that, we saw the lowest idle and load power draw across the platform which definitely adds up over time.

The inclusion of three full length x16 PCI-E 4.0 expansion slots along with three M.2 NVMe connections (with their removeable heatsink) is great and offers the user plenty of availability for incredibly fast storage options, especially if you plan to adopt the latest NVMe 4.0 standard with read and write speeds way in excess of what is currently available. However, the single PCI-E 1.0 slot could definitely do with a friend, two would be better.

If were to find flaws, with us being critical of the £379/$399 price tag, to include USB 2.0 on the rear IO strikes us as a poor choice. Were now in an age of most devices supporting USB 3.1 as a minimum (or USB 3.2 if you prefer the new naming scheme) and 2.0 just wont cut it for more demanding tasks, particularly if you expect the motherboard to be futureproofed.

Another issue we noticed, that isnt ideal for a couple of reasons, was the FCH fan running 100% of the time while the system is booted. This is a problem because it creates unnecessary noise if your case isnt well soundproofed or you aim for a silent system, and further to that, these smaller fans typically have a shorter lifespan than their larger counterparts. Running it constantly is reducing the lifespan considerably and we suspect finding a replacement would not be easy. 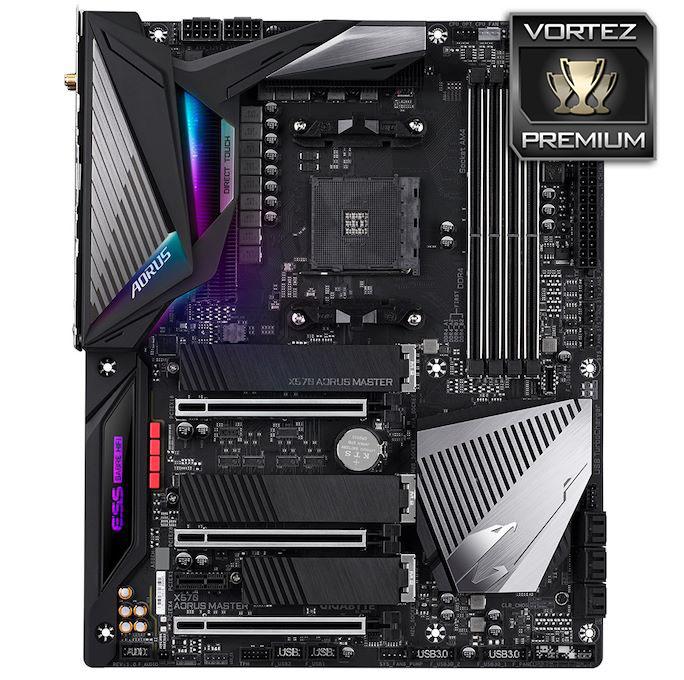 If appearance matters but you cant sacrifice key features like ample M.2 slots or powerful audio, the X570 AORUS MASTER is definitely worth considering.