GIGABYTE are one of the first names that crop to mind when anybody asks who make the best motherboards. Indeed, these days GIGABYTE are not only a top motherboard manufacturer but also hold sway in the graphics card department too. They have been ridiculed in the past for their gaudy multi-colour motherboard designs but clearly listening to enthusiast feedback they have upped their game and released some stunning pieces of hardware. This kicked off with the X58 chipset which was one of the first chipsets to see this aesthetic change and despite being an excellent motherboard range regardless of the colour scheme chosen, the X58 UDX range were extremely powerful and feature packed motherboards. It should come as no surprise then that these motherboards sold very well.

Fast-forward to the advent of X79 and GIGABYTE dropped the ball a little in the QC department because of a 'bad firmware'. Some suggested it was a poor quality PWM components which resulted in motherboards VRM failing. Thankfully our X79-UD5 that we reviewed upon X79 launch suffered none of these problems despite pushing it to its limit. GIGABYTE's reputation did however suffer a media backlash because of these failure rates, not least because their Ultra Durable range were anything but! A new BIOS sorted the issue by simply crippling overclocking on the boards which is perhaps not the answer people were looking for having shelled out their hard earned cash for a quality and it has to be said, expensive motherboard. 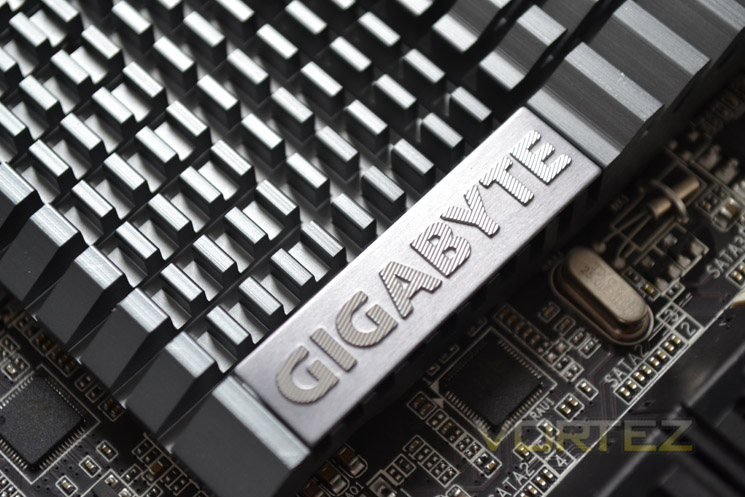 Thankfully, all this appears to be in the past now with GIGABYTE rectifying the issues with excellent BIOS revisions which don't cripple overclocking and are once again back to their best. The GIGABYTE UP4 we have for review today has a totally new VRM design using PowIRstage with the IR3550, part of the new Ultra Durable 5 design which also incorporates 60A chokes that we will cover later in the review.

Here's what GIGABYTE had to say about their new Power delivery components:
The GIGABYTE motherboard employ award winning GIGABYTE Ultra Durable 5 technology that includes high current capable components for the CPU power zone including IR3550 PowIRstage® ICs from International Rectifier, 2X Copper PCB and high current Ferrite Core Chokes rated up to 60A, which together are able to deliver up to 60°C* cooler temperatures than traditional motherboards. Featured on a range of new motherboards based the Intel®X79 and Z77 Express Chipsets, GIGABYTE Ultra Durable 5 technology is the next evolution in quality motherboard design.