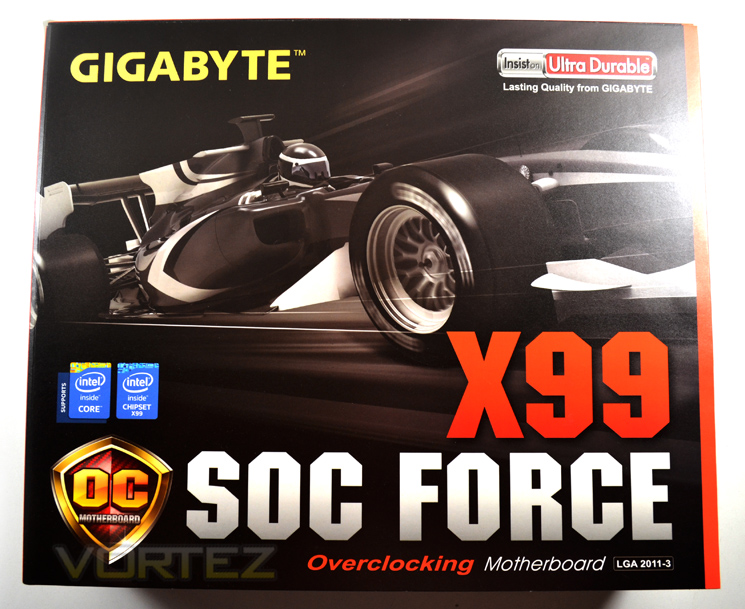 The X99-SOC Force is an unabashed overclocking motherboard, and so its unsurprising that GIBABYTE are emphasising speed in their packaging through the use of open wheel racing imagery. Furthermore the orange and black colour-scheme returns, reinforcing the Overclocking Series motherboard branding quite effectively.

A detailed feature list is absent, which as it happens is more than made up for on the box rear, but GIGABYTE do specify support for LGA2011-3 CPUs (i.e. Haswell-E) and assembly to their Ultra Durable standard. That's probably the bare minimum you can get away with, which is fine so long as the exterior makes up for it otherwise. 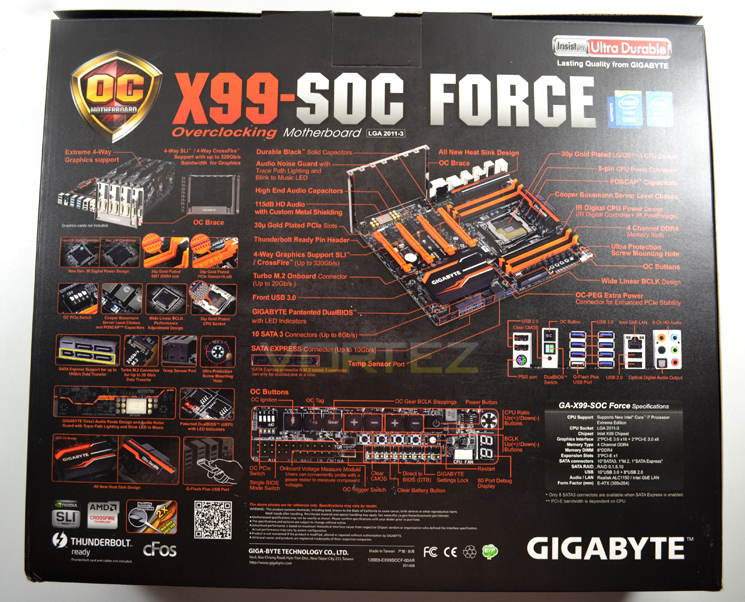 Well, we told you that the features are on the rear. Busy is certainly the watch-word here, but the information is also well laid-out (thankfully) and clearly describes key features and locations on the motherboard through both images and plain text. Another rare addition is the inclusion of the rear I/O port list as a picture rather than simple list, no doubt both to save space and remove as many misconceptions as possible.

One further point we should praise GIGABYTE for is a sensible specifications list, reinforcing the fact that the X99 SOC Force is an EATX motherboard that takes both DDR4 RAM and Intel Haswell-E CPUs. Those purchasing from the internet shouldnt find this necessary, but anyone who buys from brick-and-mortar retail outlets will appreciate this info being clearly visible.

Among the features shown are support for next generation storage (SATA-Express and M.2), four GPUs, Q-flash and the (frankly daunting) array of OC Buttons. You'd have to say that it goes an excellent idea of the strengths of the motherboard, far more than a simple text list of features would. 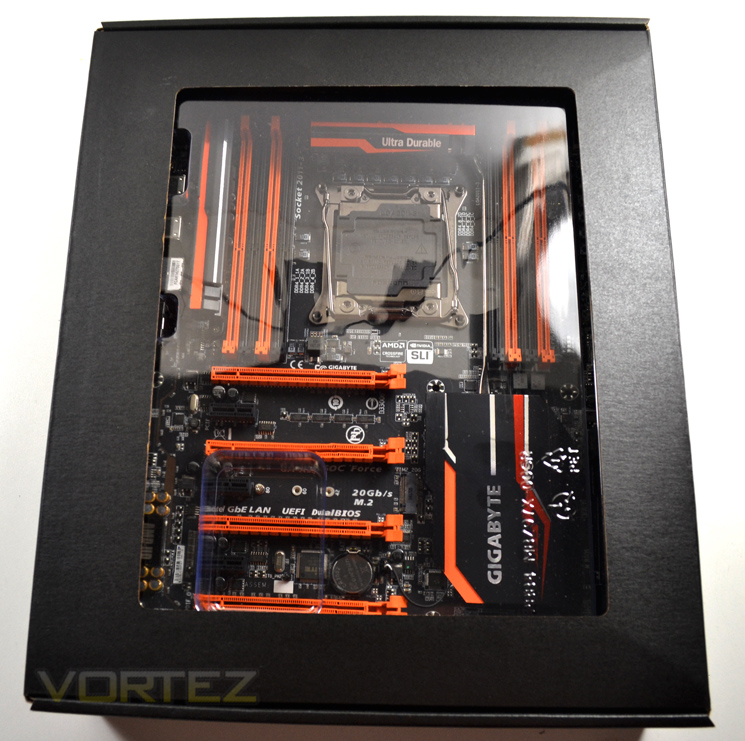 Sliding the internal packaging out of its sleeve reveals a window to the motherboard. Though who enjoy the unboxing experience of premium products should also enjoy this first look. 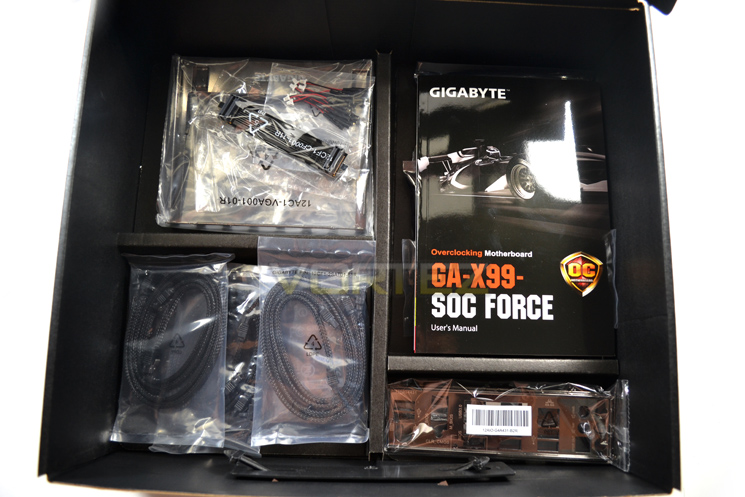 As the X99-SOC Force is designed for high-end overclocking GIGABYTE have tailored their accessory list to this target market. Productivity features such as wireless networking modules, PCIE M.2 SSD adaptors and the list are eschewed for components which aid in overclocking, such as the OC Brace and voltage probes. As a motherboard which supports 4-way GPU configurations GIGABYTE have seen fit to include an SLI Bridge for all seasons. The full list of included accessories is:

The fact that the motherboard is a premium product hasnt escaped the notice of GIGABYTEs accessory list experts, who have picked fully sleeved SATA cables for the X99-SOC Force. Its a minor inclusion in the grand scheme of things but shows a solid attention to detail thats a hallmark of the company.