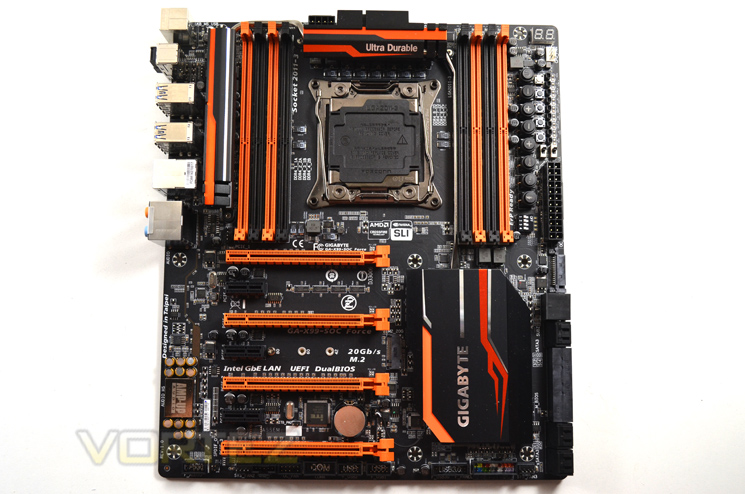 Black and orange livery returns on the X99-SOC Force, not only showing the motherboards lineage but also evoking the similar lime green and black G1.Gaming boards GIGABYTE have released. An exceptional matte-black PCB finish reinforces the quality of the board; it may primarily oriented towards overclocking but GIGABYTE will brook few compromises in aesthetics.

Unlike the recently reviewed ASUS X99-Deluxe and MSI X99S-GAMING the X99-SOC Force doesnt include a plastic cover around rear I/O components. In all fairness such a feature would just get in the way of the most elaborate cooling, so its not really missed.

The X99-SOC Force makes use of the slightly wider than normal EATX form factor. In comparing it with the slimmer ATX ASUS X99-Deluxe its clear that the majority of the additional space is taken by switches and monitoring points designed for operation whilst the motherboard is on a test bench. Once again, an extreme overclockers dream. 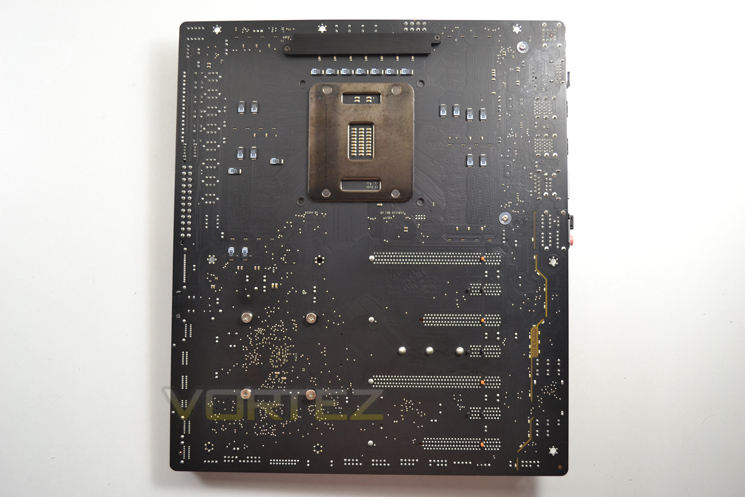 The underside of this motherboard replicates the excellent matte black finish of the top, and once again is a little less busy than other X99 boards weve seen thus far. Those intent on sub-zero cooling will want to take note of the area around the socket  a little more cramped than the previous generation's X79-UD7, but shouldnt pose a problem for beefy retention places.

Its always nice to see a screwed metal retention plate for the top-most VRM cooling, and in fact all the chipset heatsinks are attached with screw fittings. This will be exceptionally easy to work with if custom waterblocks are in the motherboards future. 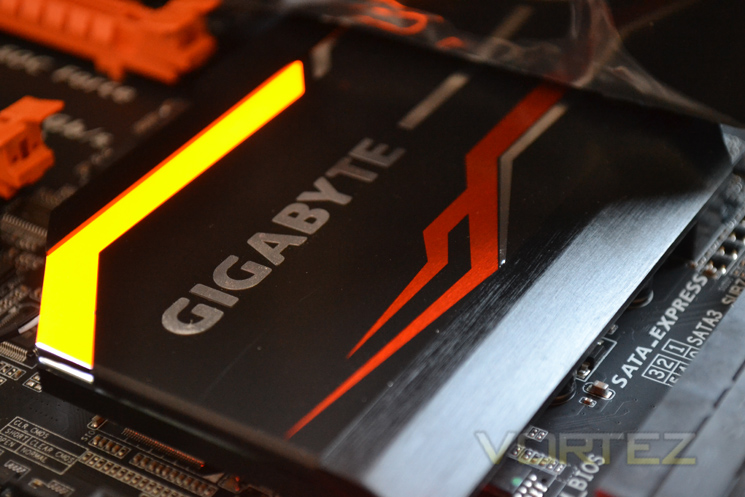 Were it simply black the PCH heatsink would be discrete compared to the competition, however the two hot streaks of orange dispense with the idea that this is a blank canvas for modders. Those who are a fan of the gamer aesthetic will note the orange LED embedded in the heatsink, giving some illumination in dark environments; those adverse can disable it of course.

A single heatpipe runs the length of the X99-SOC Force, linking PCH Heatsink with that for VRM and auxiliary component cooling towards the rear, and should aid in heat dissipation for all of these components. Whilst perhaps not essential, it is sensible as only the heatsink towards the rear I/O ports gets any more than incidental airflow. 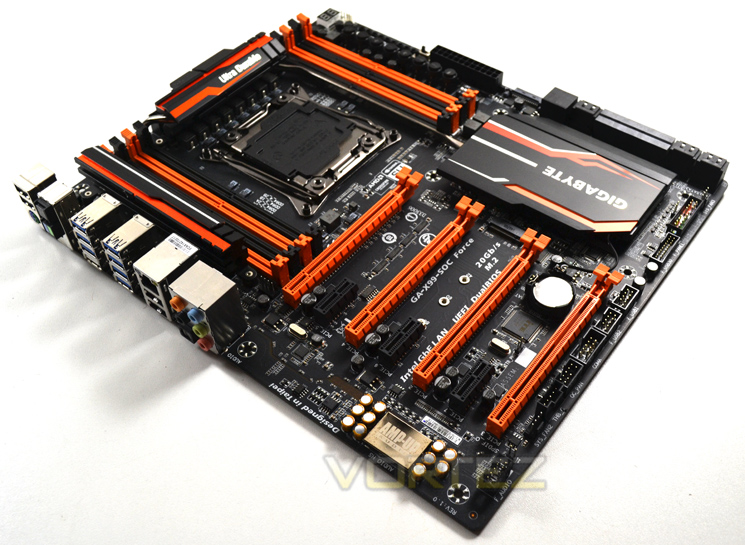 The GIGABYTE X99-SOC Force is an immediately recognisable EATX motherboard with a few nods towards aesthetics (as you might expect given its price point) but an overall emphasis on making setup as simple as possible for anyone seeking to overclock their system. Equally at home in a chassis or on a test bench, its nonetheless most suited to those with the equipment to push their system right to the bleeding edge.