👤by David Mitchelson  Comments 📅31-08-11
Conclusion
Its hard to deny the visual attraction with GIGABYTEs current lineup of Sandy Bridge motherboards. The black and gunmetal appearance is an instant distinction and has proved very popular throughout the hardware communities the world over.

Today we have taken a step back from top-end Intel Z68 performance to consider a mainstream offering from GIGABYTE. So how does the Z68XP-UD3P shape up?

Well in terms of price to performance ratio the UD3P is excellent. In a range of scenarios the UD3P delivers similar/better performance figures against some of the flagship motherboards from a series of top brands. So certainly in this aspect, if you are looking for a decent motherboard with the possibility of moving to a dual graphics card configuration in the future then the UD3P is bang on the money. 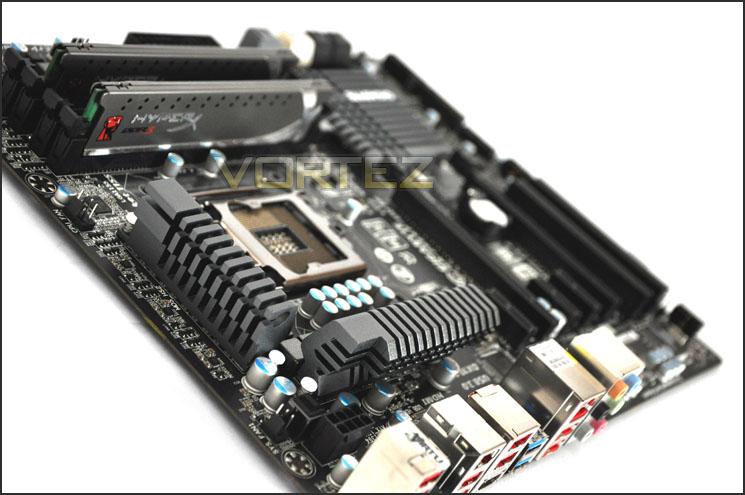 At one time I would have had no qualms in recommending the ASUS P8P67 to those who are seeking a mainstream motherboard that offers great performance at a nice price-point but the GIGABYTE Z68XP-UD3P now nudges this out of the way. It offers better performance, better overclocking potential, is capable of both SLI and CrossfireX and also has the added onboard VGA functionality thanks to the Z68 chipset should you need it.

Priced at approx. £135 inc. VAT (GBP) the UD3P is a very sensible investment. It is one of the best mainstream Intel Z68 motherboards that money can buy. The UD3P comes with almost all the features you could expect, the only thing really missing is the lack of UEFI  though we do have the ability to use Touch BIOS within Windows.

Bottom line is:The Z68XP-UD3P looks great, offers consumers great performance and comes at an affordable price-point. One of the best mainstream motherboards using the Intel Z68 chipset we have tested.