👤by David Mitchelson  Comments 📅10-08-12
Packaging & First Look
The packaging for Z77X-UP5TH is the same as other Z77 motherboards and is very busy. On the front there are various logos to inform as to what this motherboard includes such as  3D Power/BIOS. Ultra Durable 5, PCI-E Gen3, NVIDIA SLI. There are Intel logos printed on the front also to notify users that this motherboard supports Intels 3rd generation of CPUs (Ivy Bridge). GIGABYTE are keen to push their 5th generation of Ultra Durable 5 which includes even more features  more on this later!

On the back of the box, all of the features are broken down and given further explanation. 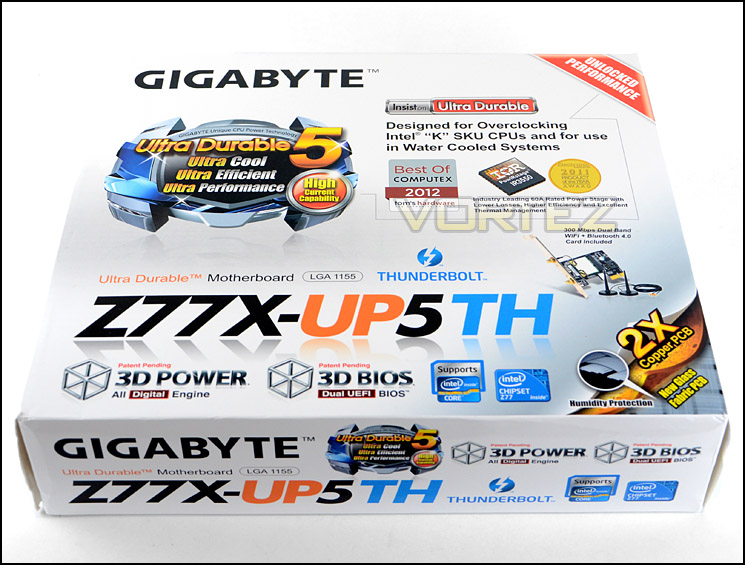 Inside the box, GIGABYTE have given the Z77X-UP5TH an array of items which consist of the following:

The Front panel USB 3.0 adapter is 3.5 and provides an additional 2x USB 3.0 ports but requires the internal motherboard header for such delivery. The WiFi/BT card is PCI-E and has accompanying antennas. This card is Bluetooth 4.0 + WiFi ready and is codenamed GC-WB300D which is offers support for Bluetooth and 802.11 a/b/g/n WiFi connectivity (up to 300 Mbps). 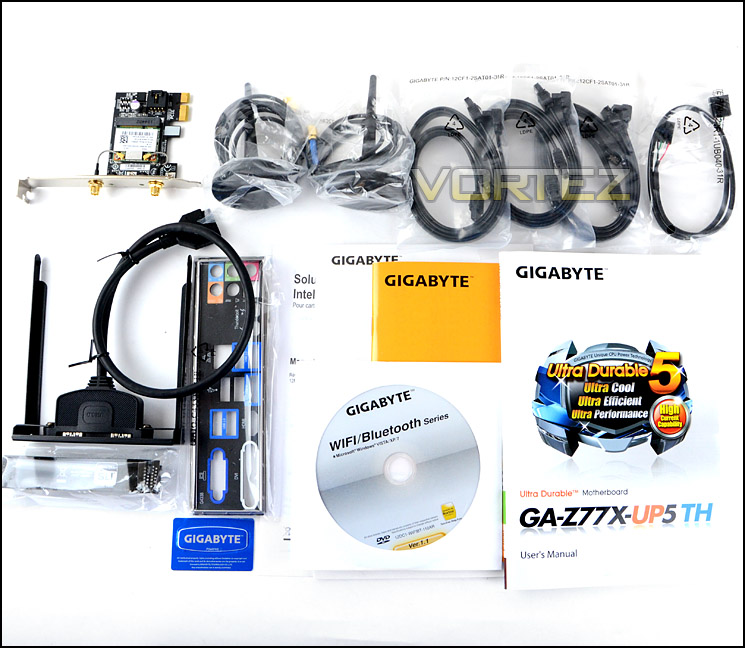 GIGABYTE have wowed us with their notorious stealthy matt black motherboards at the launch of Z77 but the new UP range has been given a facelift. The PCB is still matt black and much to our delight the ports and sockets are also still black but the heatsinks and DIMM slots have been redesigned to feature a much more neutral colour-tone of grey. Although I did like the Z77X-UD5H colour scheme the new Z77X-UP5TH is even more satisifying to the eye and will undoubtedly pair up with other devices much better since there is no primary colour featured. 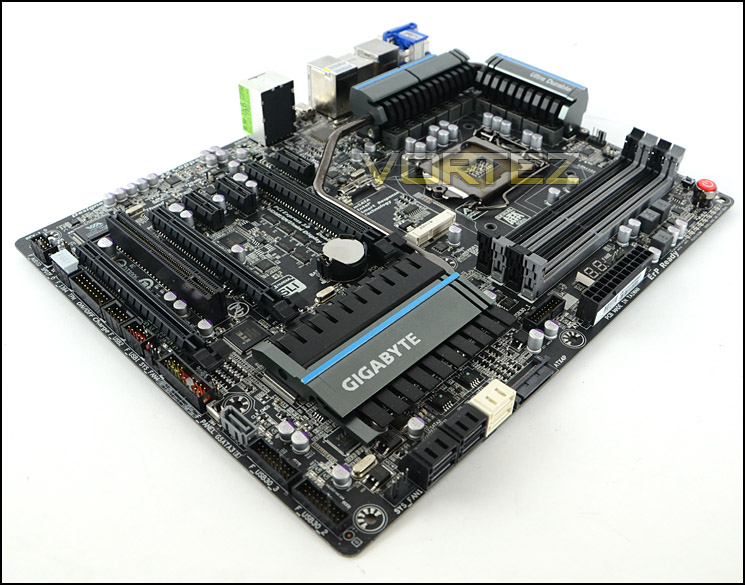 An overview of the Z77X-UP5TH

Over on the next page we will take a closer look at each section of Z77X-UP5TH and reveal its feature-set.