👤by David Mitchelson  Comments 📅10-08-12
Closer Look
The first area that takes our attention is the CPU socket. Being equipped with the Intel Z77 chipset the Z77X-UP5TH uses LGA1155 and has support for Intels 2nd and 3rd generation of processors (Sandy and Ivy Bridge). The thermal heatsinks design has been changed for Z77X-UP5TH when comparing to the Z77X-UD5H. Instead we have a much more aesthetically pleasing design that covers more surface area. This heatsink covers the VRMs and consists of two large aluminium heatsinks with a single heatpipe that runs directly to the heatsink covering the Intel Z77 chip.

Behind the heatsinks is an 8-pin EPS/CPU power socket. Those with a desire for the finer specifications should know that this board has a digital phase power design; 8 CPU phases, 2 for iGPU and another 2 for the memory configuration. 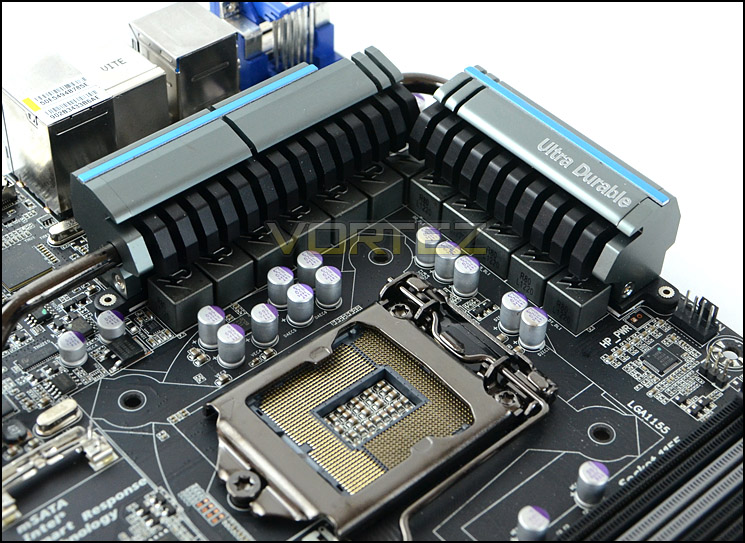 An attractive heatsink covers the MOSFETs

Next on the agenda is the memory. Here there is support for dual channel DDR3 from 1066MHz up to 1600MHz according to GIGABYTEs website which is surprising as the previous UD series had support for higher frequency, maybe this is a typo. Maximum capacity is up to 32GB. There is also support for Extreme Memory Profile (XMP).

The memory region also contains some interesting features. In the corner GIGABYTE have mounted a large power button along with smaller reset button (green/blue) and a reset CMOS (black). These controls are only really useable if you have the system on a test bench, ideally I would have liked to see the reset CMOS towards the back of the motherboard; on the rear IO section for example, as at least here its accessible for the vast majority of users who have their system inside a computer chassis. GIGABYTE have also included LED debug which merges into the design of the motherboard very well. Its almost indistinguishable. This LED debug allows the user to identify problems on POST. This is a useful feature and a good choice to include. Beneath this there are voltage check-in points for the more advanced users.

Also pictured just beside the memory slots and 24-pin ATX power socket is a USB 3.0 header. This header is part of a trio of USB 3.0 which are found on Z77X-UP5TH. Each header provides functionality for two ports. 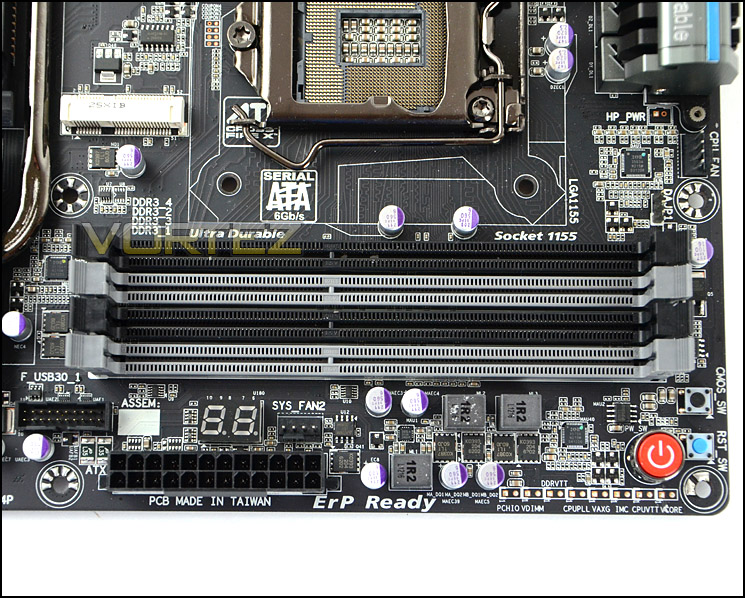 A plethora of functions around the memory slots

Those with an eye for detail will notice there is a strange looking port next to these ports  this is a PCI-E power connector and it provides auxiliary power to the PCI-E x16 slots. If a user is going down the multi-GPU route and adding more than one graphics card its recommended to take advantage of this power to sustain and stabilise overall power. Simply attach a SATA power cable from the PSU to this port. This is a handy feature to have and it doesnt take up unnecessary space. 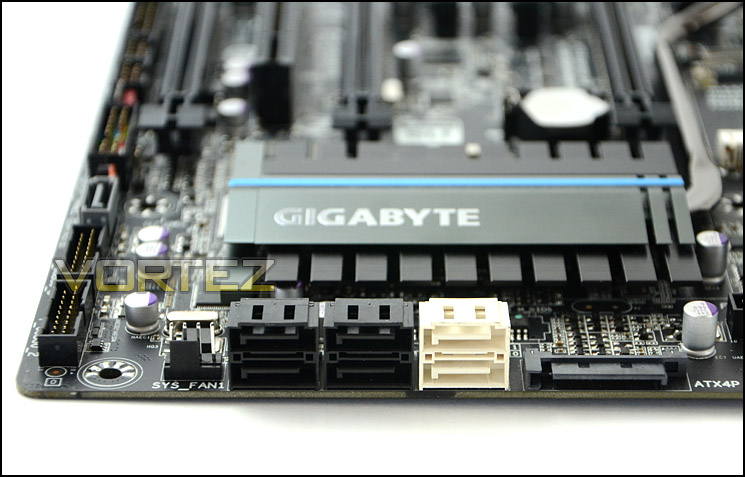 At the bottom of the motherboard there are additional USB 3.0 headers allowing you to populate the front of your computer chassis with the provided adapter and use your computer cases USB 3.0 ports too. GIGABYTE have put another SATA 3 (6GB/s) port at the bottom, and as the colour is different to the other white SATA 3 ports this identifies that GSATA3 is supplied by Marvell instead of Intel Z77. Next to this port there is a switch allowing you to swap between the main BIOS and a backup BIOS. 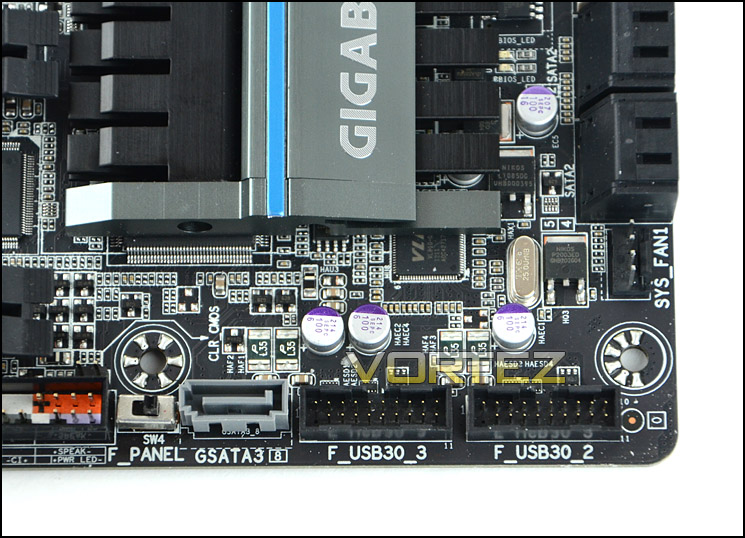 Behind all these ports is the chip that provides much of the functionality  Intel Z77. This chip is covered with a large heatsink that has been given asthetic excellence. As with the other heatsinks on Z77X-UP5TH; I really like what GIGABYTE have done, just when you couldnt think it could get better, it does! 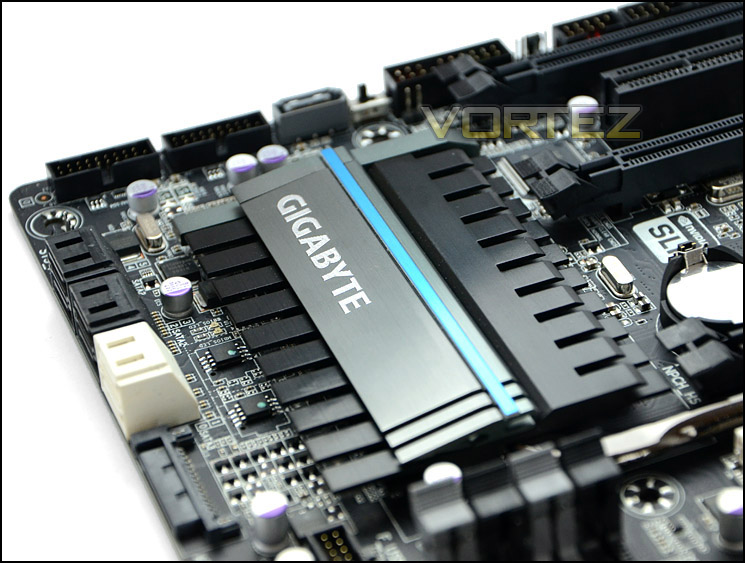 The Intel Z77 chip is covered with a smooth heatsink