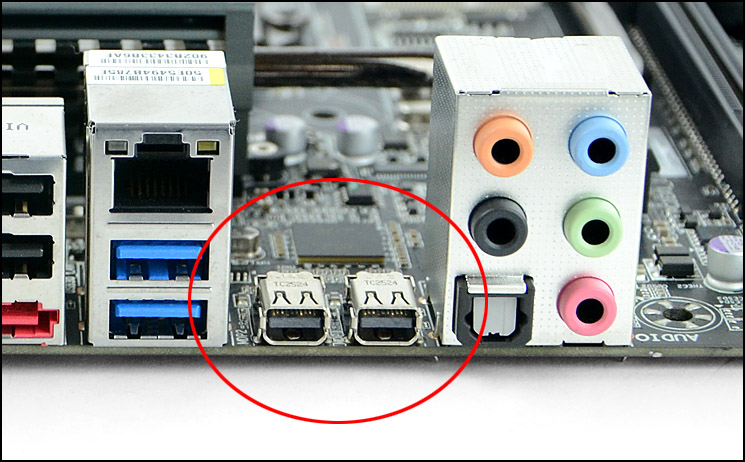 With the new UP range of motherboards from GIGABYTE the significant feature is without doubt dual Thunderbolt support. Many manufacturers, not just GIGABYTE are furnishing their motherboards with this new interface in order to pave the way for new technology and future proofing.

So what exactly is Thunderbolt? Thunderbolt is an interface designed by Intel for connecting peripheral devices to a computer. Those who have used Apple products will be well aware that Apple used Thunderbolt on their MacBook Pro  Intel and Apple actually collaborated in order to bring Thunderbolt to the market.

Taken from Wikipedia
Thunderbolt combines PCI Express and DisplayPort into a serial data interface that can be carried over longer and less costly cables. Thunderbolt driver chips multiplex the data from these two sources for transmission then de-multiplex them for consumption within the devices. This makes the system backward compatible with existing DisplayPort hardware upstream of the driver. A single Thunderbolt port supports hubs as well as a daisy chain of up to seven Thunderbolt devices; up to two of these devices may be displays using DisplayPort.[4] Existing Mini DisplayPort adapters for DVI, dual-link DVI, HDMI, and VGA are compatible with Thunderbolt, allowing backwards compatibility and no loss of functionality compared to Mini DisplayPort.

The interface was originally intended to run exclusively on an optical physical layer using components and flexible optical fiber cabling developed by Intel partners and at Intel's Silicon Photonics lab. The Intel technology at the time was logically marketed under the name Light Peak, after 2011 referred to as Silicon Photonics Link.[6] However, it was discovered that conventional copper wiring could furnish the desired 10 Gbit/s Thunderbolt bandwidth per channel at lower cost. Optical Thunderbolt cables were introduced in mid April 2012 by Sumitomo.