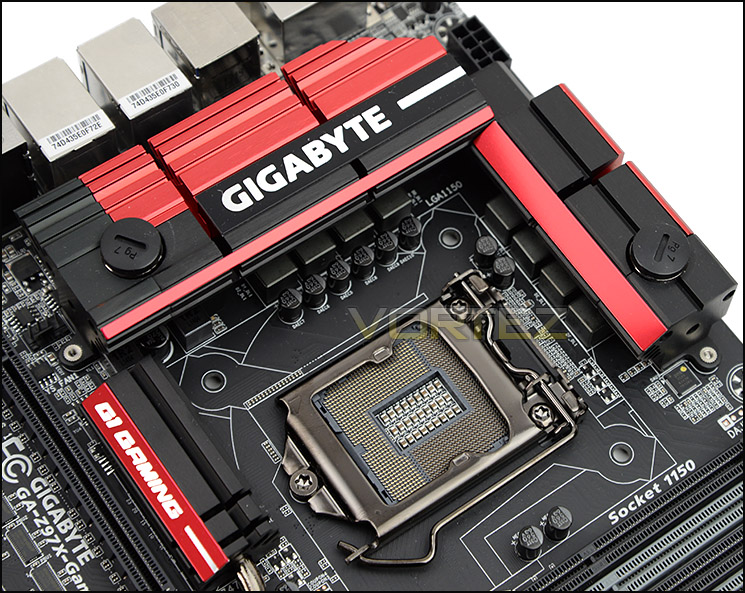 Dotted around the motherboard and indeed the VRM area are 10K-Solid CAPs. These capacitors promise to deliver at least 10K hours of usage, offering ultra-low ESR even under severe CPU load. These black CAPs are also exclusively designed by Nippon Chemi-Con for GIGABYTE motherboards  complimenting the overall look and aesthetics.

The actual socket on our Z97X-GAMING G1-WIFI-BK motherboard is LGA 1150 and has compatibility for 4th / 5th Generation of Core i5/i7 Processors. Power delivery on this board is completely digital for CPU and memory via IR Digital Engine. 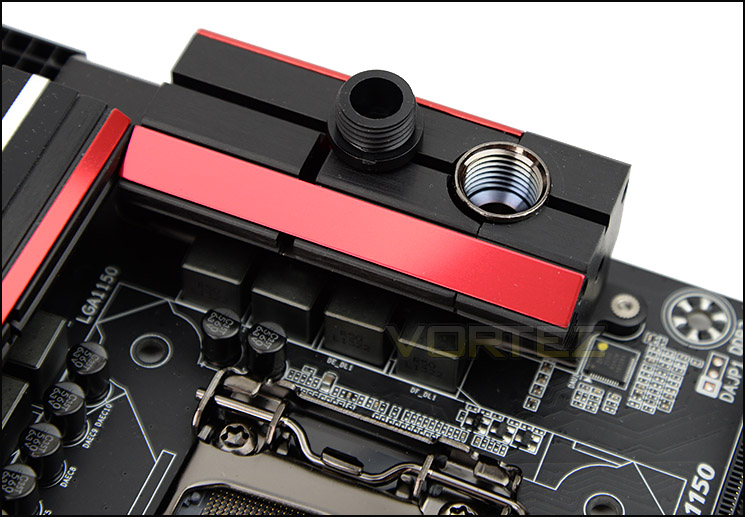 At each end of the heatsink there are tube connectors for use with water cooling kit. This means that custom configurations can be used to effectively cool the VRM area for those wanting to really push the limits of the system.

The caps which cover the mounting holes are plastic and simply unscrew from the heatsink. Various sized barb fittings are supported including: 1/2, 3/8 and 1/4".

This adds a completely different dimension to the motherboard compares to rivals and means the end user can choose to passively cool the VRMs or go down the water cooling route. 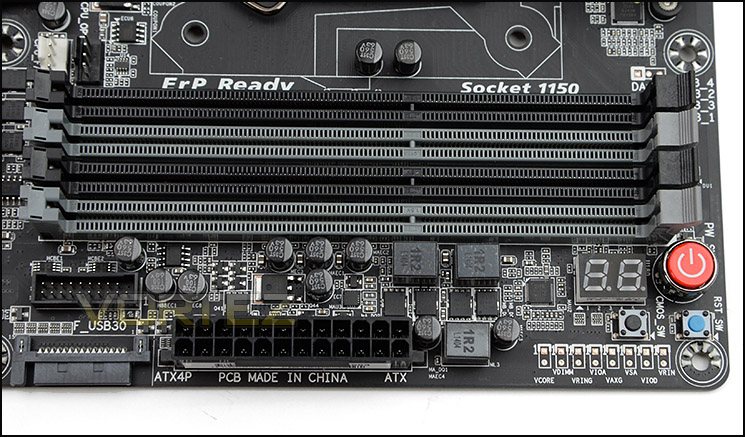 Z97X-GAMING G1-WIFI-BK has 4x DIMM slots which support dual-channel DDR3. These slots can accommodate 32GB of capacity and up to 3200 (OC).

This particular region lends itself to having a number of useful features. In the very corner there are a variety of onboard buttons including: power, reset and clear CMOS. Having these buttons in such a place makes it much easier to access when needed. LED Debug also sits immediately next to the power button, giving LED codes throughout the POST process and helps to ascertain any issues with booting (codes can be verified by looking at the manual). On the outer edge, GIGABYTE has placed voltage measurement points for advanced users to read voltages from DRAM, CPU and other such areas.

Over on the left-side there is an OC-PEG connector which provides onboard SATA power connectors additional stability for PCI-E power when multiple graphics configurations are in use and there is a USB 3.0 header for gaining front panel connectivity. 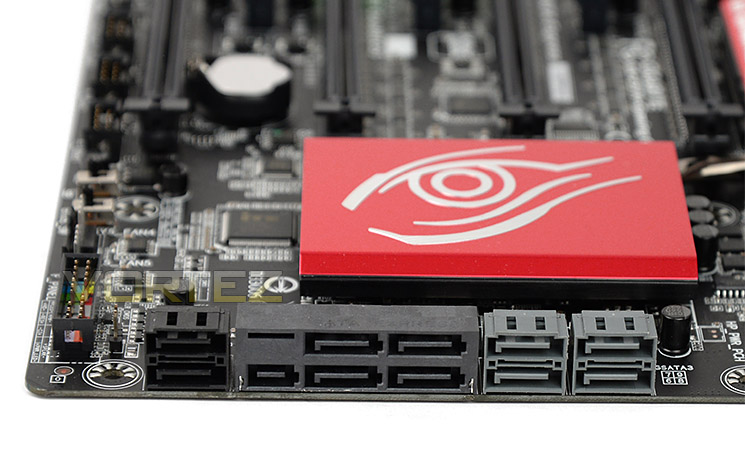 Moving along we come to the SATA storage which combines SATA III (6Gb/s) and SATA Express (10Gb/s). SATA Express is an integral feature with Z97 and combines the benefits of PCI-Express and SATA.