👤by Richard Weatherstone  Comments 📅13-07-11
Conclusion
The HIS HD6970 2GB IceQ Mix is certainly an interesting proposition. As a standalone card, it performs very well throughout our range of benchmarks. While it wasnt quite as fast as the Turbo edition, which was to be expected given the slightly lower clockspeeds, it still held its own, especially in AMD favoured tests. It cut through the benchmarks with relative ease, even holding its own against the much more expensive GTX580 in some examples.

The card runs quite cool, surprisingly much cooler than the Turbo edition which also allowed the card to run quieter as the fan did not need spin up as much. Power consumption was average for a graphics card of this genre so nothing special to report there other than idle consumption was very good thanks to the CHiL PWM regulation. Overclocking was fantastic causing no issues whatsoever with the voltages raised. This allowed me to clock the card to it's preset limits and at this speed and voltage setting it was rock solid with no stability issues encountered at all. It's difficult to put any further spin on a card which for all intents and purposes we have reviewed recently in the guise of the IceQ Turbo. The one area where it differs quite obviously is the Lucid quandry. 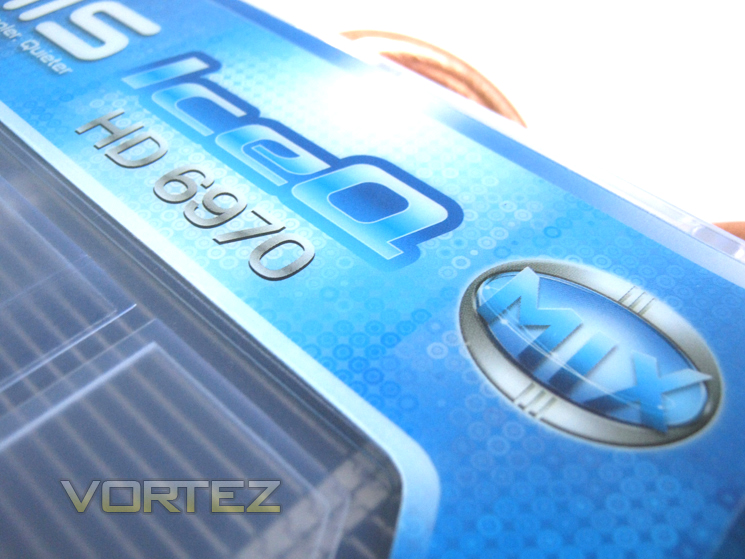 I said at the beginning of the review I would be concentrating on this technology and if you can remember I asked myself three questions:

As I have shown, yes it is possible but it comes at a cost. Along with money, that cost is also time and patience. Getting NVIDIA and AMD to work together is like asking a cat and dog to play nicely. It was never going to be an easy task. Rather than fur flying though it was my hair that was being pulled as it was a very frustrating and cumbersome procedure not helped by the fact that there are no driver installation instructions. I have two cards, both from different manufacturers and three different driver sets (not counting previous driver revisions). Using the latest Catalyst and NVIDIA drivers resulted in some very bizarre results, some games loaded but showed no benefits, some had glitches and tearing making playing the games impossible while others wouldn't even start. So how did I get it to work?

Yes, but not always. An old dog and an old cat tend to not bother with each other and the same can be said of the drivers for this setup. Using previous revisions of both Catalyst and Forceware seemed to settle the problems down somewhat and while there were still a few issues, the setup began to hum along quite nicely.

How does it perform?

Performance gains in Alien Vs Predator were huge. Crysis Warhead also produced some very good scaling and while Far Cry 2 also benefited from from the HydraLogix Engine, there were some graphical anomolies rearing their ugly heads. I'm afraid that's where the good news ends because one of the most popular games in our suite, Battlefield: Bad Company 2, while apparently being officially supported by HydraLogix, did not show any benefit whatsoever, in fact performance actually decreased for the most part! The remaining games worked fine with HydraLogix enabled but clearly showed no benefit, this however I can forgive as they are not supported titles.

What I cannot forgive is the poor driver support and lack of updates from Lucid. None of the most recent titles are supported and the most recent driver is dated back to March 2011. This is a real shame as clearly there are some great benefits to be had by having this chip on-board but if Lucid cannot keep up with NVIDIA and AMD in supporting their latest graphics drivers (thereby supporting the latest games), they are wasting what I believe to be a golden opportunity because when it works, the Lucid HydraLogix Engine shows some great results.

Of course, HIS cannot be held responsible for the lack of driver updates from Lucid. They are however, not completely blameless. With little information regarding setup details of the HydraLogix Engine, it made installation very frustrating as it was a huge case of trial and error. Some drivers worked together, others simply flat out refused. One would expect cutting edge hardware to be readily supported but this clearly isn't the case. I do hope HIS include a comprehensive driver instalation guide in the retail editions of this product, or at least a web based guide as I fear many people will simply give up the process. This would be a real shame as there are some fantastic performance benefits to be had, albeit still hit and miss depending on your personal gaming flavour.

In short, this card has the makings to be something great. As a stand alone product it is fine and I have no reservations in recommending it to anyone looking for a high end graphics card. If on the other hand you are wishing to take advantage of Lucid's HydrLogix technology, I would purchase this card with trepidation simply because you will need to consider the time and effort you have to invest to get it working correctly. If you have the patience of a saint and perversely enjoy troubleshooting and installing, uninstalling and re-installing drivers from both sets of manufacturers then go for it because should you get the right combination, the performance really is astounding. It's also worth noting that the HydraLogix engine can easily be disabled through its own control panel should you see no benefit or indeed suffer a performance drop. This will allow the HIS HD6970 2GB IceQ Mix to perform on its own with no interference from other add-on cards so you get the best of both worlds.

Had Lucid worked with no issues and newer games being supported then this product would have easily earned our coveted Vortez Gold award however, the lack of Lucid support both in terms of drivers and installation instructions means it has to take a fall. The cards one saving grace is the fact base unit supporting the crippled Lucid HydraLogix technology is the HIS HD6970 IceQ which on its own is a mighty product. For that reason I believe it deserves our Bronze Award which shouldn't be looked upon as a failure, it's just not as good as it should have been.