👤by Richard Weatherstone  Comments 📅04-06-11
Specification
Cayman is the rightful heir to the successful Cypress core. For the most part, the architecture is much the same with some tweaks to increase efficiency and performance per die size. The GPU comes in two variants, Cayman Pro and Cayman XT, the former found on board the HD6950 and the latter on the HD6970. Originally, the Cayman core was poised to be manufactured on the 32nm manufacturing process which would have brought along many new features and possibly better performance in the same package. However, TSMC cancelled the process so Cayman had to resort to the more mature 40nm process, sacrificing many of the new features promised. 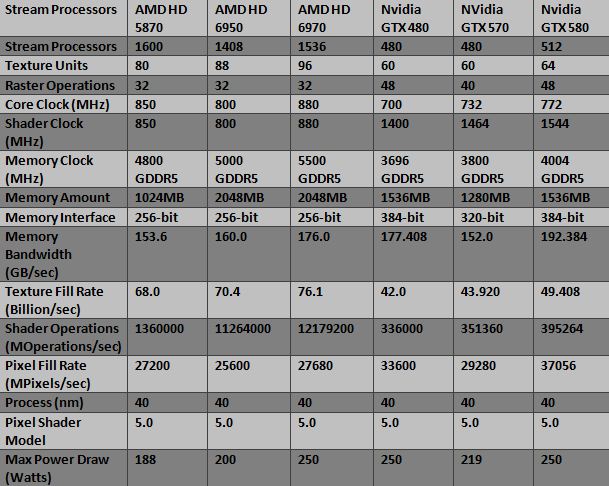 Above you can see what the card is stacked up against in terms of specifications. The card we have on test today has a slightly higher GPU clock speed of 900MHz vs. 880MHz stock along with a slight increase on the memory clock speed from 5.5GB/s to 5.6GB/s. Perhaps the main talking point though is the IceQ cooler which as you will see, is something special.

Let's take a look at the card features...

There are currently 533 user(s) online:
Google