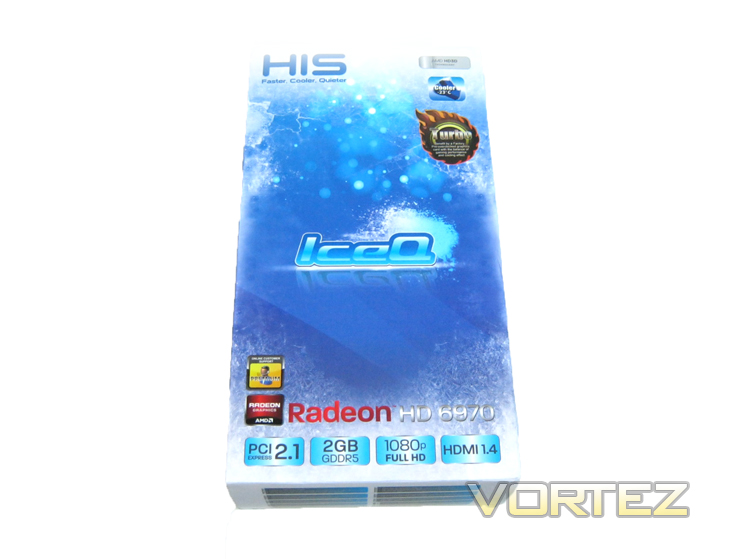 The HIS package is presented in a very stylish box taking up the ice theme of its cooling solution. The front of the box is dominated with the IceQ emblem, glossy embossed on a matt background complete with embossed snowflakes. The attractive theme is joined with product features displayed once again with raised, glossy emblems along with an additional sticker signifying that this product falls under the Turbo umbrella. 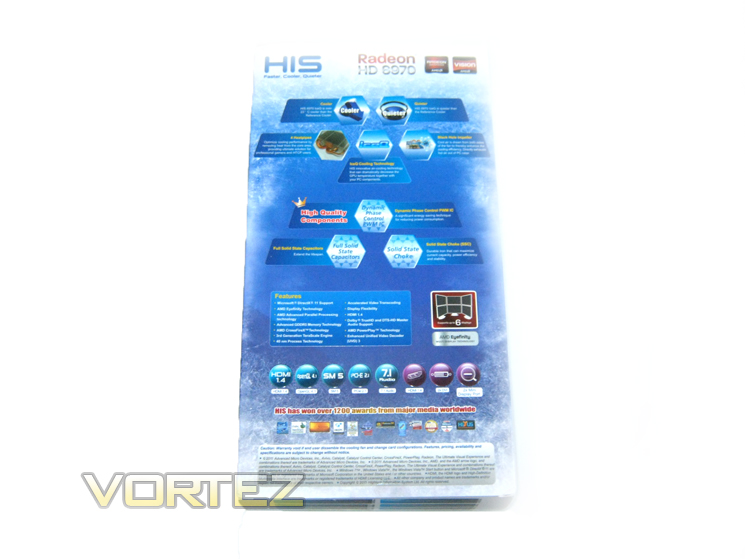 The rear of the box goes into greater details regarding the features of the graphics card highlighting that it is both cooler (up to 23c) and quieter than a reference cooled card. Unlike the HD6950 we reviewed recently, the HIS HD6970 supports up to 6 display panels at once as opposed to the 4 panel setup support.
High quality components are also a bragging right of HIS with the company using All round solid state capacitors and enhance the lifespan of the card. Along with dynamic phase control (PWM IC), the HIS HD6970 IceQ Turbo also features Solid State Chokes (SSC) that maximise power efficiency, cooling capacity and stability, especially important for those wishing to push the card beyond its factory overclock. 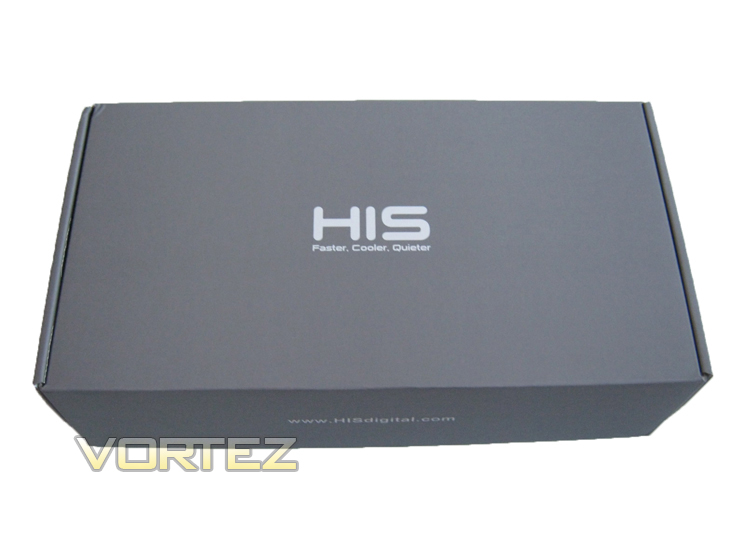 With the colourful outer sleeve removed we are greeted with the much more sturdy yet bland inner box which houses the graphics card and the accessories. 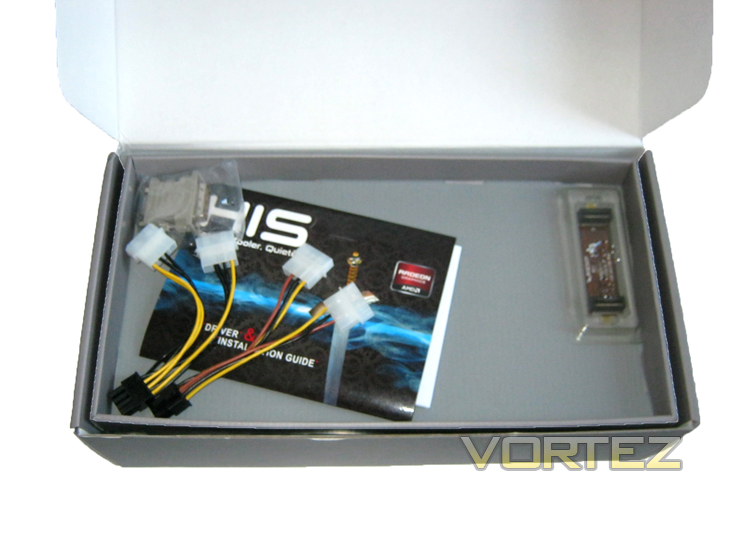 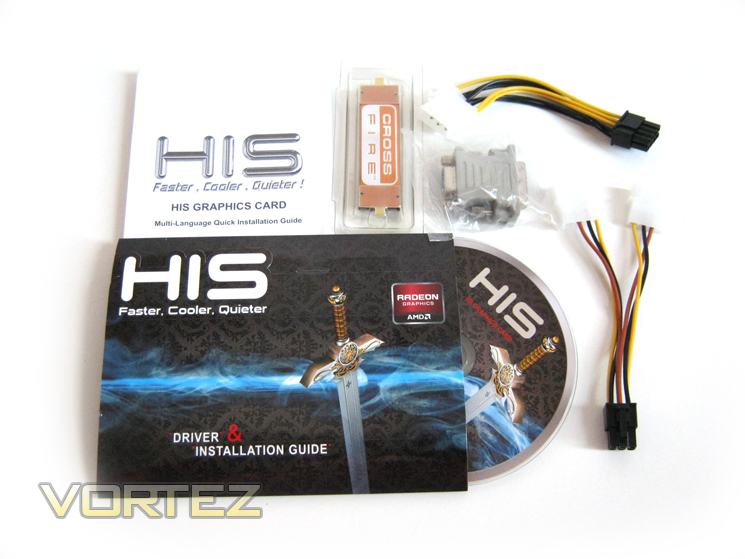 I liked the glossy CD wallet, certainly more appealing that the standard white paper affairs often used to bundle software and drivers. I would have liked the cables to have been braided, possibly to match the blue theme of the card which would serve to promote this package as a premium offering but in all honesty, it is very unlikely that both cables would be used to power the card given that most modern PSU's have at least a single 6 pin PCIe power cable. Disappointingly, there were no included games in the product package I received but HIS are including free copies of Dirt 3 with retail versions (subject to availability). 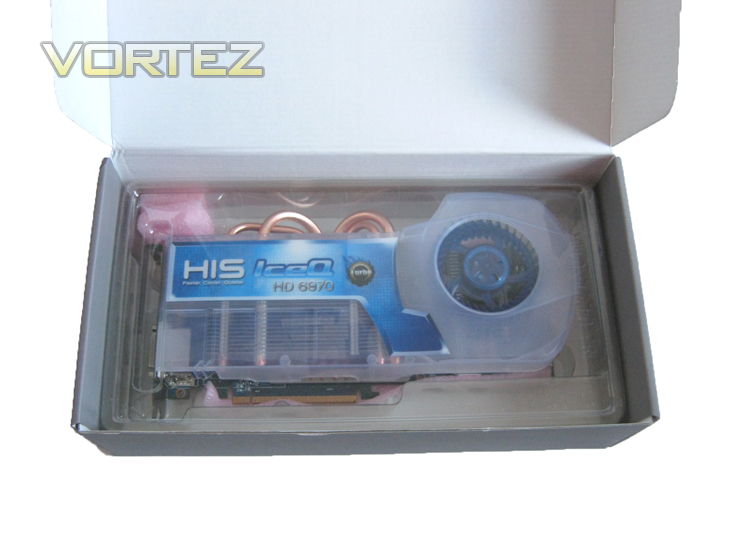 Finally we reach the card itself. The sturdy cardboard box it appears was not sufficient for HIS so they cradled the card in a plastic case, itself padded with Styrofoam to ensure the package reaches you in perfect condition.
Aside from the missing game and bundled software, the overall package is very well designed. The additional plastic casing should protect both from physical damage and static electricity and there was no movement (apart from the accessories) from within the box when doing the 'shake' test, testament to HIS' packing quality.

Let's take a closer look at the card itself...