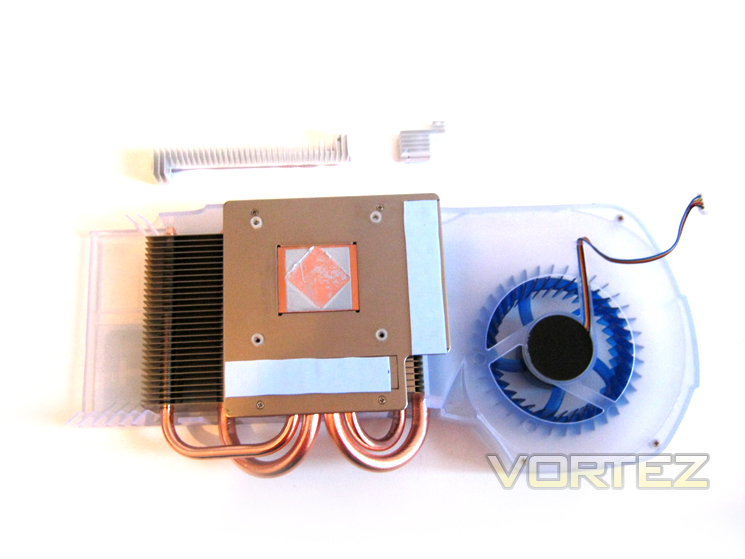 The cooler was very simple to remove with just four spring loaded screws holding the cooler to the card. Despite its bulk, the actual heatsink is relatively small in comparison so it is clear the HIS IceQ technology relies heavily on airflow. Further aluminium heatsinks are hidden beneath the mean cooler to provide direct cooling to the voltage regulators, each attached by two separate sets of screws.
I found the GPU contact to be very good and the paste appeared to be of high quality, most likely by Shinetsu which had the familiar 'peanut butter' consistency rather than the dreadful concrete-esque type TIM often applied by some manufacturers. The memory modules were also cooled directly with adhesive thermal strips provided contact to the heatsink base. 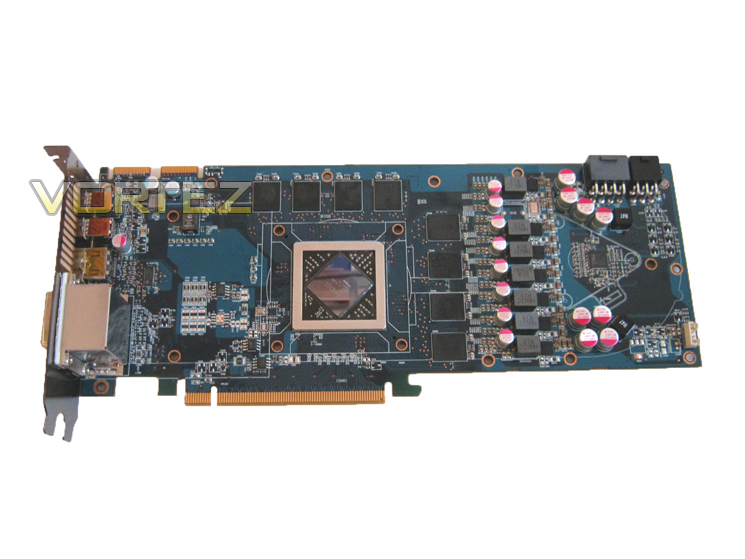 The card has very good layout yet traditional layout with the GPU core being centralised surrounded by 8 memory modules. Quality solid state capacitors are used throughout which are coupled with solid state chokes. 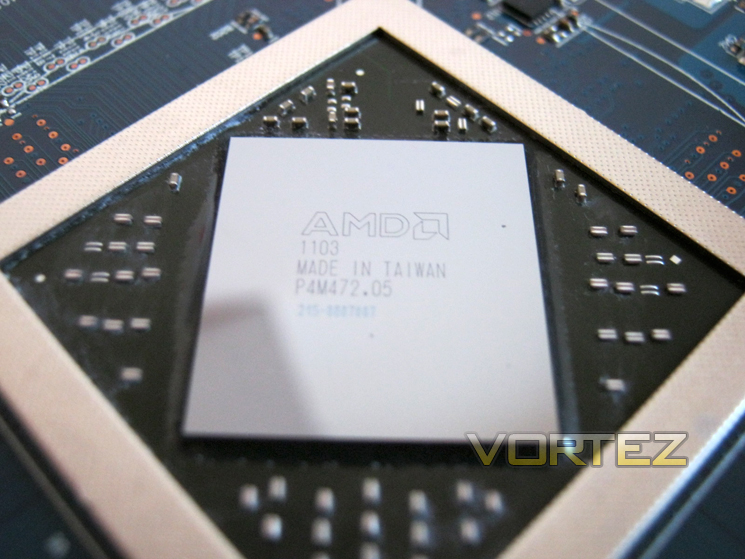 The core itself, as per the norm on AMD GPUs, is exposed rather than having its own integrated heatspreader. The advantage of having an exposed core is more efficient cooling due to direct heat transfer to the heatsink. This advantage however can occasionally result in disaster for those clumsy enough to 'nibble' the core when replacing the thermal interface material themselves due to their being no protection. The surrounding metal frame on the GPU should however ease any mishaps, providing great stability and offsetting an potential instable mounts. 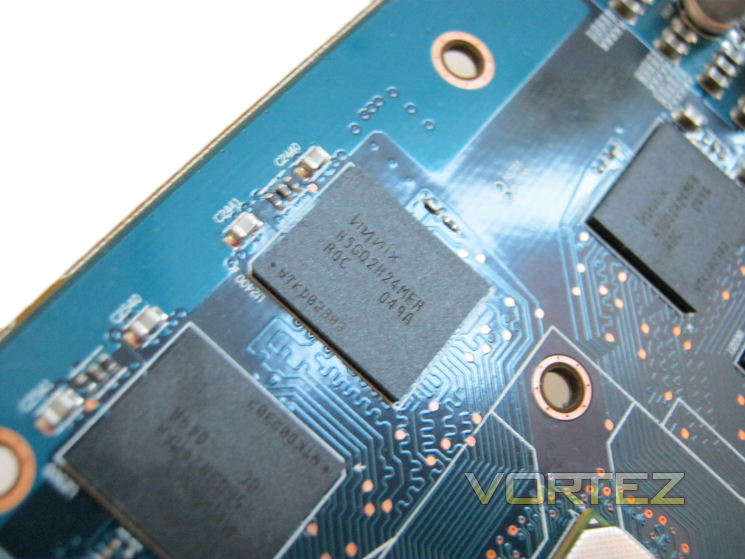 The HIS HD6970 IceQ Turbo makes use of eight 256MB modules making up a very satisfying 2GB of GDDR5, perfect for high resolution gaming. The Hyundai (Hynix) H5GQ2H24MFR-ROC memory modules hail from the ROC stable meaning they are much more capable than the T2C variants found in the HD6950 we reviewed previously. The memory is rated to run up to 6.0Gbps with 1.6v so this cards memory speed of 5.6 appears very conservative. We therefore have high hopes of overclocking the memory as this type of module is among the very best GDDR5 available to date. 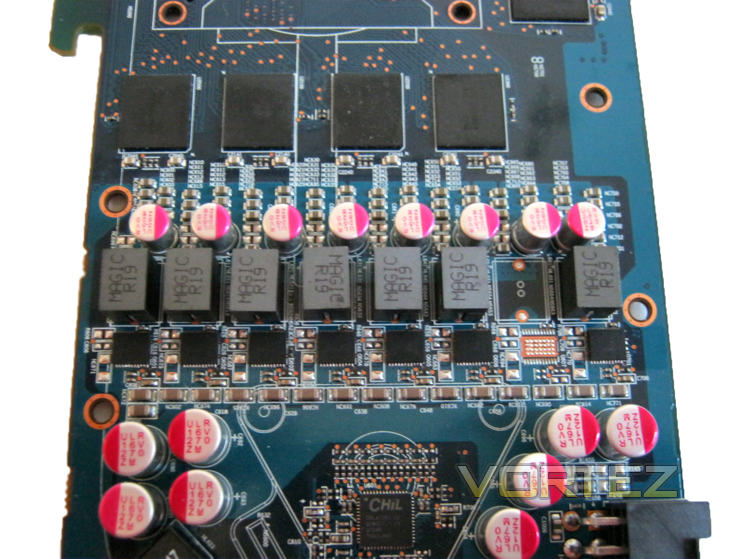 As stated previously, this card using solid state chokes which will provide excellent power efficiency and hopefully ensure our overclocks remain ultra stable. The card will idle using just 0.9v and when placed under stress, the voltage will jump to 1.175v thanks to the dynamic phase control PWM IC system. Using MSI afterburner this voltage can be increased further to enhance stability and/or increase potential overclocks, something I am very keen to look at later in the review...