The AMD HD7870 GPU codenamed Pitcairn has impressed us so far although as yet, has failed to do any more than that. The problem with the Pitcairn range of GPU's is the price. It is a little too pricey for a mid range card yet not having the minerals to hang with the big boys at the top end of the scale. The reference card arrives clocked to 1GHz as standard but as we have seen in previous reviews, AMD have thankfully left a little overclocking reserve for thoe of us who like to push the GPU to it's limits. After all, the closer we can push a mid-range card toward a top end card can only serve to increase the bang-per-buck performance! 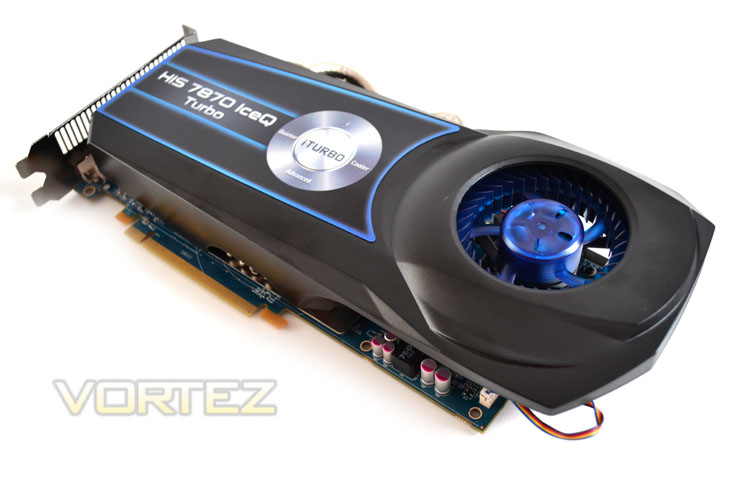 The HD7870 is by no means a hot card but the cooler a sliver of silicon is, generally equates to better overclocking results or at the very least, allows higher overclocking headroom. With voltage adjustments now becoming standard on GPU overclocking, efficient cooling has never been so important to keep the temperatures under control.

So then what we have today appears to be a product that serves the above requirements very well. The HIS IceQ Turbo range is renowned for granting excellent cooling ability along with factory overclocked GPU's. The HD7870 from this family is no different however, what we will see today is a slightly refined cooling design compared to the 'love it or hate it' IceQ cooler we saw on the previous generation which many people found was a step too far, even for HIS. Hopefully this cooler will still retain the fantastic cooling ability the 6XXX series cards enjoyed under the IceQ cooler...

About HIS
HIS is proud to be AMD's Authorized 1st Tier AIB Partner, Certified Partner and Launching Partner. Long term and favourable relationship with AMD, enable HIS to work closely with AMD to promote the HIS AMD Graphics Board; and to strive for best value on the marketing and sales of HIS AMD Product Line. In Sept 2003, HIS incorporated the state-of-the art Supreme Cooling Technology in the award winning HIS 9800Pro IceQ, which caught the attention of worldwide media. Since then, HIS IceQ series and the latest IceQ X series has been the limelight in the market for its outstanding performance and features over the other rivals. Today, HIS continues its avid commitment to quality product and service. HIS is certain to be Your Choice of Graphics Board Supplier.