HyperX have been creating big waves in gaming audio with their Cloud series of headsets, and the Alpha comes as the next evolution. The Cloud headset refined and improved the availability the Q-PAD QH-90 headset, and then HyperX continued to refine the headset further. The original headset itself gave a fantastic, warm and clear audio performance that readily lent itself to a superb gaming experience, however, it did had a certain harshness to the high-end, preventing it from being outright, brilliant. Since then, HyperX have spent the time developing the awesome HyperX Cloud Revolver, to which, we would happily rate as being a front runner in the 'best gaming headset ever' race. Despite that, the Cloud Revolver still has some quirks that may put some people off, including the metal frame/ gong, or the lack of easily removable/replaceable ear-pads.

The Alpha looks set to improve the original Cloud design and includes some notable changes, including fully modular cables for convenient connectivity. The more notable change would be the redesigned ear-cups that feature dual chambers to help the 50mm drivers render sound with greater accuracy and less distortion. There are various returning features, including the detachable noise cancelling microphone, the use of 'signature' HyperX memory foam for comfort, and a discrete in-line remote control for on-the-fly volume adjustment and microphone muting. 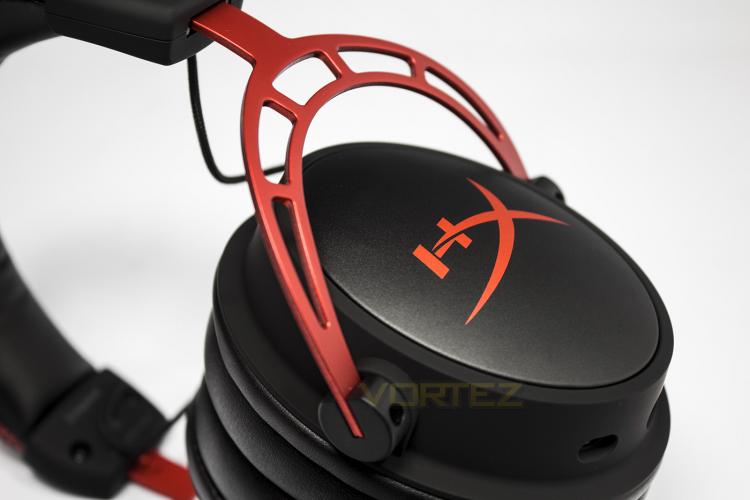 Overview by HyperX
HyperX Cloud Alphas groundbreaking Dual Chamber Drivers design will give your audio more distinction and clarity by reducing the distortion. The dual chambers separate the bass from the mids and highs, allowing optimal tuning for cleaner, smoother sound. The Cloud Alpha headset builds upon HyperXs foundation of signature award-winning comfort with premium red memory foam, expanded headband and softer, more pliable leatherette. The durable aluminum frame can take the rigors of daily play, and per player request, Cloud Alpha also features a tough, detachable braided cable. The detachable noise-cancellation microphone is certified by Discord and TeamSpeak, ensuring youll have great team communication. Its also multi-platform compatible with in-line audio controls, so serious gamers on PC, PS4, Xbox One and other platforms with a 3.5mm port will benefit from the bold sound of the Cloud Alpha evolution.