👤by Matthew Hodgson  Comments 📅29-11-18
Conclusion
HyperX have done a valiant job of designing and presenting the SAVAGE EXO with the sleek exterior, lightweight chassis and great performance through the USB 3.1 Gen. 2 interface.

The main competitor to the HyperX is the Samsung T5, another portable SSD with the same connection standards, which is also compatible with the Xbox One and PS4; however, in most of our tests, the HyperX wins out, and at roughly the same price too.

Of course, the HyperX is considerably larger, but the styling is entirely different, and in our opinion, the SAVAGE looks far better. Theres also the weight, at only 55g, you barely notice it in your pocket and it certainly wont weigh down your laptop bag.

The two included cables, while short, are plenty thick and robust enough but they lack any kind of Velcro tie-wrap making transporting them with the drive a little less tidy. Of course, with it being a USB Type-C connection, the drive will work at each machine providing theres a Type-C connection but theyre not quite as abundant as the Micro-USB standard just yet.

Overall, the HyperX looks good, performs really well, is available in capacious 480GB and 960GB capacities and beats the Samsung in most tests; you also get that lovely 3-year warranty with the drive for added peace of mind but the price may well put most people off. 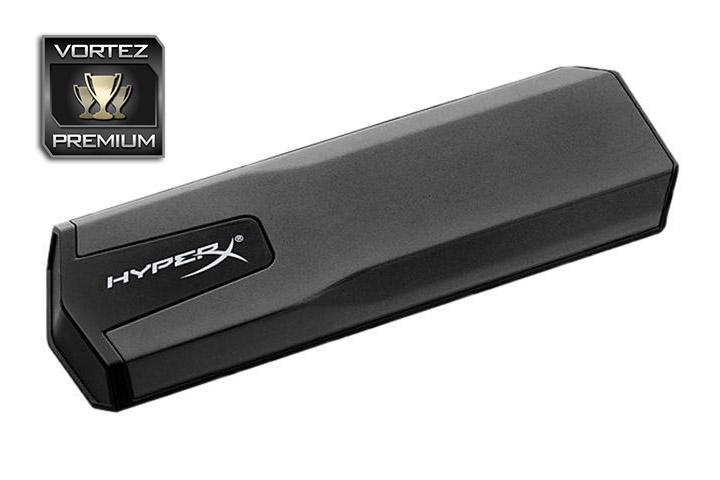 Adding capacity to your games console doesnt get much easier, or faster, than the HyperX SAVAGE EXO and with the PC compatibility, its a great all-rounder.