First off we had IDE, then came SATA, then PCIe, then M2 over PCIe and now we have NVMe. We reviewed a few PCIe SSDs including the OCZ RevoDrive and more recently, the Plextor M6e which have all impressed with the amount of performance on offer so what gives with NVMe? While NVMe still utilises PCIe 3.0 it does so with much less overheads. What does this mean for you? Well compared to your average SSD over SATA interface using AHCI, the Intel 750 gives us between 4 and 8x the performance! The NVMe (Non-volatile memory express) protocol is a break from the usual AHCI protocol used for SSDs including PCIe SSDs but where NVMe differs is that is is much more efficient than AHCI. Perhaps the major advantage of NVMe over AHCI is its ability to exploit parallelism in host hardware and software, namely PCIe and multi-core CPUs. For the technically inquisitive we'll go into greater detail regarding NVMe on the next page. 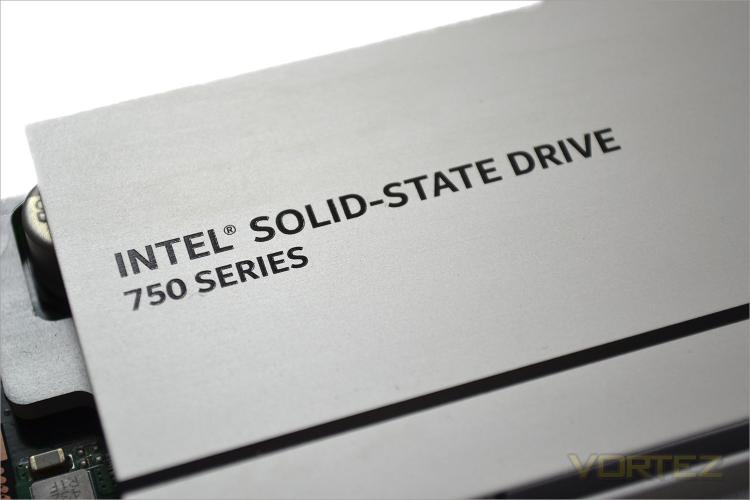 Don't be fooled into thinking the new Intel 750 PCIe solid state drive is a brand new drive. It is not. It's essentially a tweaked version of the P3700 Enterprise card but his time for consumers. The device currently comes in two sizes: 400GB & 1.2TB. Sadly, there is no middle ground such as an 800GB model which we found a little odd considering this would likely be the most popular size but regardless, priced at £307 for the 400GB and £862 for the 1TB drive only the most affluent performance junkies will be stumping up the cash required for these drives. That said a 800GB model for around £500 would, we think, be the sweet spot for most and still within an affordable range while offering enough capacity to satisfy.

Performance wise, the 750 boasts up to 2400 MB/s read speeds and 1200 MB/s write. None too shabby I'm sure you will agree! IOPs performance of up to 440K and random write IOPS of up to 290K for 4KB operations are attainable too which makes this one of, if not the highest performing SSD currently on the market today. We'll be comparing the against the M6e along with a number of 'standard' SSDs to fully evaluate the performance of what on paper at least, appears to be an exceptionally fast storage device.