👤by David Mitchelson  Comments 📅30-03-21
Conclusion
It hasnt even been 12 months since the release of Intels 10th Gen processors and were already being introduced to their successor  perhaps indicating that the battle for desktop domination is still well and truly on. The unveiling of the Intel Z490 chipset, which lacked PCIe 4.0 support from a capable CPU signified that a compatible processor, which incorporated such technology (and more) was on the horizon.

Casting an eye over the benchmark results on the previous pages highlights how tough the battle is  Intel maintains a decent lead in some of the tests, while in others Rocket Lake-S is still playing catchup with Zen 3. Having fewer cores/threads than last seasons Core i9-10900K, the Core i9-11900K can still outperform in tasks such as intensive encoding, ray tracing and media editing. The 11900K has an IPC uplift, which comes from the new Cypress Cove architecture - justifying a drop in core/thread count on the i9 chip.

One of the more alarming discoveries in our testing results is the power/thermal reports which clearly highlights that Intel has hit the thermal limit. Power consumption for both the Core i5-11600K and Core i9-11900K step into HEDT territory  this is something which will need to be taken into account, especially if this platform is being combined with the current RTX/RX generation of graphics cards (which are known for being power hungry also). 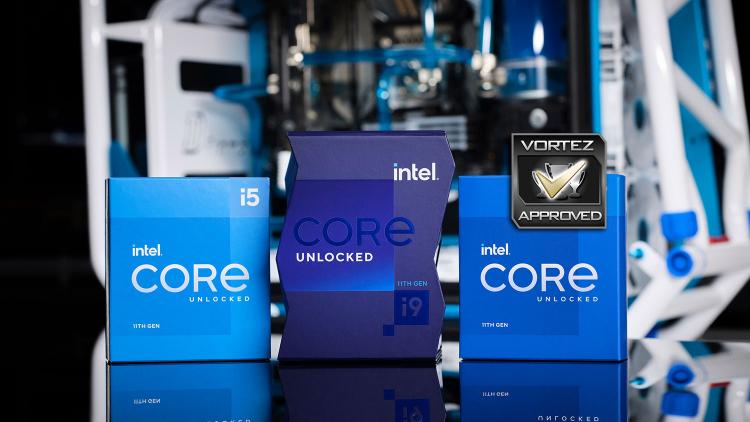 In the coming days/weeks well be exploring the overclocking potential of both CPUS and updating this review accordingly  we feel this particular topic requires time than has been allotted (late sample shipments, cumbersome Z590 BIOS builds etc).

Matching up in specification and price, the Core i9-11900K and Ryzen 5800X are very close rivals. To Intels advantage, the flagship chip arrives with a whopping 5.3GHz Turbo Boost, something which AMD has struggled to strive for.

Lining yourself up for a new Rocket Lake-S CPU will require the new Z590 chipset (Some Z490 boards will accept the new CPUs via BIOS update) motherboards to provide access to the full range of features on offer. In the coming days/weeks well be supplying coverage of a range of these boards so stay tuned.