With the launch of 11th Gen. Core processors Intel have taken the unprecedented step of reducing rather than maintaining parity with or increasing the core count of the flagship SKU. The i9-11900K has two fewer cores than the Comet Lake i9-10900K, which is partially mitigated by a clock speed bump of 100MHz on Turbo states across the board. The base clock also drops, in this instance to 3.5 from 3.7 GHz, although new opportunistic overclocking algorithms may make the Base Clock figure irrelevant in the long run.

Smart Cache levels are unchanged at 16MB, and as a K series SKU the multiplier is unlocked ready for overclocking. Default memory support for the 11900K has been increased to DDR4-3200 when in a synchronised (1:1 AKA Gear 1) mode; the rest of the range supports memory at DDR4-2933 synchronised by default. Note that these are Intels guidelines, but motherboard and memory manufacturers may choose to step outside them if its to their competitive advantage without sacrificing stability.

Surprisingly Intel are also introducing a second 8-core/16-thread SKU further down the product stack. The i7-11700K doesnt incorporate their new Thermal Velocity Boost technology for higher and more consistent all-core Turbo speeds, nor default synchronised DDR4-3200 memory speeds, but it does come in $140 cheaper at $399. Budget streamers and content creators may already be leaning towards this CPU as an alternative to the Ryzen 7 5800X, and we wouldnt be surprised to see it cannibalise sales of the 11900K.

The i5-11600K sits in the current gaming sweet-spot of a 6 core and 12 thread configuration, benefiting from relatively high base clocks (3.9GHz) alongside a creditable Turbo Boost clock (for Intel) of 4.9GHz. Like the i7-11700K, the i5 only supports up to DDR4-2933 memory speeds out of the box within Intels reference specification, but motherboard manufacturers may exceed these limits at their discretion. The i5-11600K and i5-11600KF are currently the cheapest unlocked 11th Gen processors at $262 and 237 respectively. 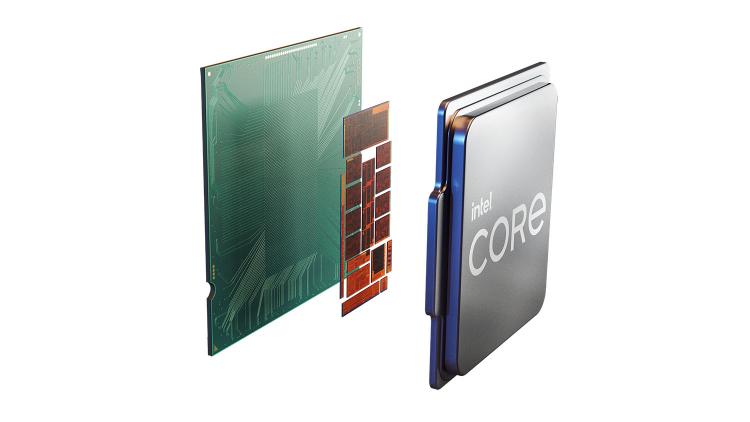 Intel marketing lists the Rocket Lake-S platform as providing up to 44 PCIe lanes, but this is a conflation of CPU and Chipset lanes. Just like the 10th Gen the platform will supply 20 full-speed lanes to the GPU and an attached peripheral (in a combination of 16x, 8x and 4x lane configurations) off the CPU with further expansion offered by the chipset. The difference here however is that the 20 lanes off the CPU will operate at PCIe 4.0 speeds, matching AMD Ryzen 3000 and 5000-series processors.

The Rocket Lake-S product stack extends from Core i9 down the Core i5 tiers with a minimum of 6 cores and 12 threads. SKUs with the F have the on-board graphics fused off, while the T suffix indicates a low power (35W TDP) desktop SKU. Their Core i3 tier inherits silicon from the Comet Lake-S product line.

On paper the evolution from Comet Lake-S and Rocket Lake-S appears to be relatively minor. A few frequency bins and a brand new Turbo mode is part of the status quo for general changes over the lifetime of the Intel Core series of processors, opportunities for marketing rather than major performance improvements. The body language out of Intel however is one of a far more significant boost, attributable to more comprehensive changes under the hood not captured in the raw specifications.

Prior generations of the Core architecture utilised a matched frequency approach for the memory controller and DRAM with a 1:1 ratio, requiring a robust memory controller to push the memory to extreme speed outside of conventional operation. The 11th Generation are changing things up through the use of Gears.

Under Gear 2 the platform shifts the ratio to 2:1. The memory controller can operate at a more relaxed speed, while the memory itself can be pushed to a far more aggressive level without corresponding strain on the controller.

The change may help enthusiast overclockers push memory speeds well past conventional performance levels found in retail DRAM DIMMS, which currently top out at DDR4-4600. Intel have also exposed a few new tools to overclockers that allow finer stability control when overclocking, some of which interact with these Gear ratios.