Scarcely one year ago Intel released the 12th Generation Core processor series, led by the Core i9-12900K. A radical departure in design from the prior eleven desktop CPU architecture generations, and a substantially different approach from the competitions chiplet designs, Alder Lake introduced a hybrid core approach with large performance cores and smaller efficient cores dubbed P and E cores. Now Intel are rolling out 13th Generation Raptor Lake processors, the first revision of this architecture that arrives complete with updated performance cores and new core configurations down the product stack.

Claiming pride of place among the latest series is the Core i9-13900K, a processor which follows the same naming conventions as the 12900K before it. This 24-core, multiplier unlocked chip is designed for full-throttle high performance gaming and content creation, while also being able to take advantage of overclocking when paired with a suitable motherboard and cooling solution. It features eight revised Raptor Cove P performance cores and doubles the number of Gracemont E efficiency cores to sixteen, allowing it to more easily fulfil a megatasking role of running multiple demanding and lower priority tasks at once. Streamers and full-time creators, this is the processor for you.

One potential benefit of the 13th Generations place in Intels roadmap is its reuse of the LGA1700 socket for 700-series motherboards. This has allowed them to also leverage the wide array of 600-series motherboard designs as affordable alternatives to the slightly more feature-complete 700-series models, and the similarity in chipsets should see launch-ready Z790 motherboards exhibit greater reliability than might otherwise have been the case. The affordability benefits extend to the 13th Generations compatibility with DDR4 as well as DDR5 memory, making your selection of motherboard all the more important.

Stepping down the product stack to the i7-13700K sees a reduction in the number of E-cores from 16 to 8 while maintaining the number of P-Cores at 8. Thats four more E-Cores and four more independent thread support than the i7-12700K, which in of itself is nothing to be sniffed at from a generational transition. Combine it with the underlying improvements in P-core architecture, IPC and operating frequency, and you can see why passionate gamers might have their eye on this enthusiast-level SKU.

The current entry-point into the 13th Generation platform is the Core i5-13600K. Intels i5-x600K CPUs have often been seen as an ideal tier for gaming due to their bang for your buck, and this Gen. sees the addition of four more E-cores (up to eight) operating alongside six P-Cores. The impact will vary by scenario - certain games and applications in tandem will better leverage these increased resources - but overall it will add significant potential processing power to the chip as a whole. Its perhaps the most exciting model for gamers looking to modernise their PC with an Intel CPU this holiday season.

Intels 13th Generation processors launch alongside the Z790 motherboard series, which hasnt changed much from the prior platform. More downstream PCIe 4.0 lanes are offered compared to Z690 (up from 12 to 20) and an additional 20Gbps USB 3.0 port is available as standard, but realistically the improvements will represent only a minor perk to the vast majority of end users. The chief selling points will be platform and UEFI BIOS maturity, in addition to flashy new proprietary features added by Intels motherboard partners. 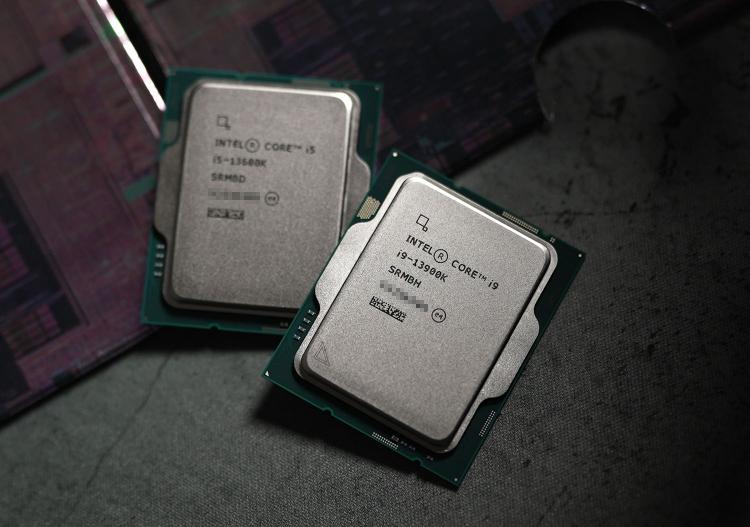 As a result end-users searching to save a few bucks can instead opt for a B660 or Z690 motherboard with updated BIOS to ensure CPU compatibility. Partnering a 13th Gen processor with these older boards could see the money put towards a new GPU upgrade, higher processor tier, or simply saved for a rainy day. Savings can get even more significant if paired with DDR4 memory DIMMS, which remains much more affordable than DDR5 (even if the latter has come down in price in recent months). Bear in mind however that K SKU overclocking is only supported on Z690 and Z790 motherboards.

All the 13th Generation K-series processors feature an integrated graphics processor capable of display out, minor gaming and efficient QuickSync video encode/decode functionality. They are however designed to be paired with a discrete GPU, preferably one that can take advantage of the new PCIe Gen 5 standard supported by the platform. Its possible to shave a few pounds by choosing a KF-series processor without integrated graphics, but the troubleshooting benefits may overrule the savings.

They will compete with AMDs new Ryzen 7000-series, specifically the Ryzen 5 7600X and Ryzen 9 7950X. The former comes in at £319 today ($299 MSRP), whereas the latter is a more challenging £749 ($699 MSRP); however that doesnt reflect the true cost of the whole platform, which currently requires both pricey DDR5 RAM and expensive X670 motherboards that cant be salvaged from systems based around the prior Ryzen platforms.