Competition in the High End Desktop market is heating up just as winter arrives, and Intel are staking their own claim for market recognition with an update to their already comprehensive range of HEDT CPUs. Launching as part of the 10th Generation Core X series (a delineation describing relative performance rather than technological advancement), the Cascade Lake-X series offers up to 18 cores and 36 threads for workloads that warrant more horsepower than even the 5GHz Core i9-9900KS can provide.

Cascade Lake-X is an optimisation of Intels Skylake-X architecture, modified for next-gen workloads and additional scaling in enterprise system configurations. Enthusiast HEDT systems retain the LGA 2066 socket of Skylake-X, and reserve some backwards compatibility for older X299 motherboards (with appropriate UEFI BIOS updates). Those who wish to fully unleash the capabilities of Cascade Lake-X can invest in X299X motherboard variants, part of a refreshed lineup that add features important to Intels long-term product strategy such as WiFi 6 support.

While Cascade Lake-X incorporates some Intel-exclusive features such as native AVX-512 and Optane memory support, a key factor in the platform update is a comprehensive repositioning of per core pricing. Its no exaggeration to say that Intel have halved their price per core in the space of a generation, making their Core-X lineup extremely attractive compared to just one year ago.

Were lucky to be reviewing the flagship Core i9-10980XE Extreme Edition, the full-fat 18-core, 36-thread CPU which in the 9th generation would have set you back almost $2000. Its monolithic core boasts a 24.75MB Smartcache, 72* PCIe 3.0 lanes , 4.8GHz Max Turbo clock and quad-channel memory support. It is, by any metric, a brute of a CPU designed to crunch through heavy workloads without complaints.

The Core i9-10980XE Extreme Edition is priced aggressively at $979, while the 10-core/20 thread entry-level Core i9-10900X comes in at $590. Throughout the four CPU range you get more for your buck than any previous Intel HEDT lineup and also miss out on the considerable bloat which had afflicted the series in previous years.

Intel havent resisted also adding a few performance tweaks here and there. The Boost Clock has now been increased in every tier, notably up to 4.8 GHz at the 18-core top end (300MHz higher) while the TDP has remained with a 165W envelope. At the socket power draw is still the defining metric, but indications are that Intel have been successful in squeezing yet higher frequencies using the aging (though many times optimised) 14nm manufacturing process, without compromising power efficiency beyond acceptable limits 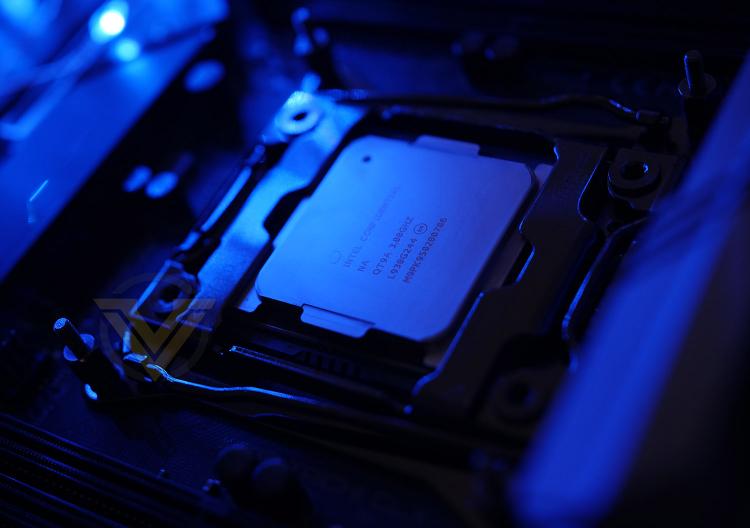 As far as target market goes, Core X remains the platform the blue team want enthusiasts and prosumers to invest in. Rendering, and particularly streaming, are key use cases which Intel can exploit, heavily backed up by their far reaching exposure in gaming and reputation for overall system stability and compatibility. Its that confluence of gaming and workhorse application usage that Intels designs are most suited too.

For all the strides Intel have made to make their consumer desktop lineup more compelling, the competition Intel faces from AMD is impossible to disregard. Up-to 16 cores are available on the mainstream Ryzen platform at ~$750, and 2nd Generation Threadripper awaits significant price realignment in the wake of their 3rd generations release. It may be something of a relief that 3rd Gen. Threadripper is priced at a far greater premium (from $1399), steering well clear of current 10th Gen Core X models.

So the question now becomes: can Intel leverage their monolithic high-core-count architecture and aligned technology lead to prevail against AMDs cunning chiplet design and exclusive features? And just as importantly, can they set up a compelling case against their own mighty gaming flagship, the Core i9-9900K 5GHz variant?


* The way Intel tallies the number of available PCI-Express lanes from the CPU has changed over the years, but now appears to be identical to AMD's measure. Under this same measure, 72 lanes is 4 more than was available to comparable Skylake-X CPUs.