November 4th 2021 is a big day for the desktop PC. Dubbed the biggest revision in CPU design since the Core architecture of 2006, Intels Alder Lake processors are finally at retailers and on sale. They take centre stage alongside their partners in performance - motherboards equipped with the brand new Intel Z690 chipset - in what might be a make-or-break debut; its no exaggeration to state that their reception will largely dictate market trends in months and perhaps years to come. And thats not just due to performance, but also a raft of technologies that will premier with Intels 12th Generation Core CPUs this holiday season.

Part of the allure of Alder Lake is being first with your hands on features such as DDR5 DRAM, PCI-Express 5.0 and hybrid core design, the latter of which is ideally exploited by the updated thread scheduler present in Microsofts Windows 11 OS. Its our first glimpse into what some (most notably Intel themselves) see as the future of desktop computing on many levels, and goes head-to-head with AMD Ryzens thus-far successful many-cores approach. Beyond eating into market share, Intel will be hoping that the 12th Gen. can eat into Ryzens mind-share in the consumer space after a miraculous post-2017 change in fortunes for both companies. 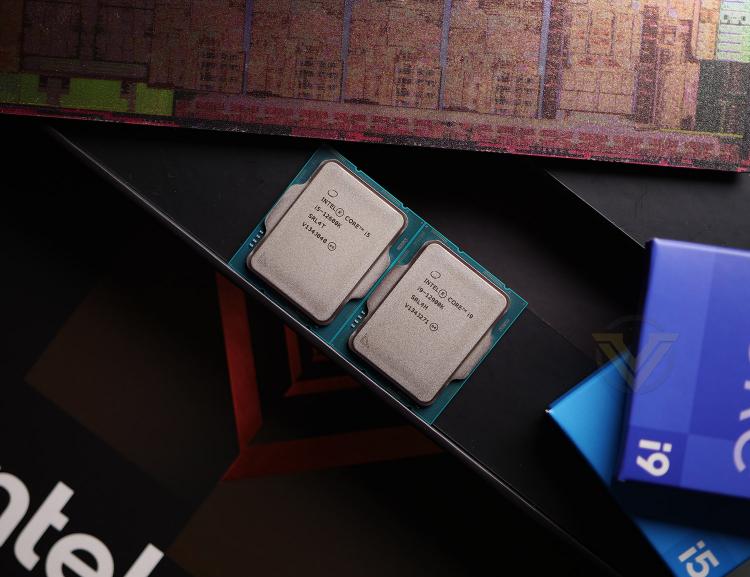 Alder Lakes most revolutionary aspect is the hybrid core design, sometimes called a big.LITTLE approach. It marries large Performance Cores to clusters of smaller Efficiency Cores, two mis-matched cores that are optimised for very different workloads and operating at different frequencies. The P-Core is roughly analogous to the meaty cores of a Skylake CPU, whereas the E-Core is more akin to low-power Atom cores. Only both have far more punch than those older designs.

The 12th Generation Cores launch firmly occupies the gaming-to enthusiast segment, comprising three discrete performance bands and six individual SKUs. The Core i9-12900K is the flagship, boasting 8 P-Cores, 8 E-Cores, 30MB of L3 cache and a maximum Turbo Mode of over 5 GHz. One notch down is the Core i7-12700K, an 8 P-Core and 4 E-Core processor with equally competitive operating frequencies. Finally, what might be called the gamers choice is the Core i5-12600K, a 6 P-Core and 4 E-Core processor that will nip at the heels of its more performant siblings in games.

The other three processors in the launch lineup are F-series variants of the above processors - parts with integrated GPU disabled but otherwise effectively the same performance characteristics. Lower specced including entry level/Pentium/Celeron SKUs remain undisclosed at this time.

Its significant that Alder Lake is debuting in this segment, rather than their bread-and-butter mobile or Xeon markets. Enthusiast consumer desktop is where the brand is weakest, but also where it needs to make inroads ahead of the discrete consumer GPU launch in 2022. An exceptional launch could kill two birds with one stone, setting Intel up perfectly for the debut of their Alchemist Xe-HPG GPUs early next year.

This generation is a whole new platform, mandating a new processor and motherboard combination with the LGA1700 socket. This too will require new CPU coolers or revised cooler mounting kits, but that more significantly DDR5 memory will be an option for the majority of Z690 motherboards. Offering both greater bandwidth and more rigorous error-correction capabilities than standard DDR4, only the cost might be a concern to the early adopter. Nonetheless, a minority of Z690 motherboards will instead be equipped with DDR4 support, potentially making platform adoption a little more affordable in the short-term.

Intel have a tough task ahead of them if they want to return to pre-eminence in the consumer desktop market. The Ryzen 5000-series rules the desktop roost even after the release of a much-improved Rocket Lake platform earlier this year. The Ryzen 9 5950X is a brute of a processor, the Ryzen 5 5600X is a good mid-range chip for gaming, and worse of all the entire range has a cache about them that Intel hasnt had for half a decade.

So lets get started by introducing you to the two processors were reviewing for you today: the Core i5-12600K and Core i9-12900K.