Kingstons HyperX branding is a signature of performance and what better way to exemplify that performance than a collaboration with one of the worlds top performing eSports teams - Na'Vi or more formally known as Natus Vincere. 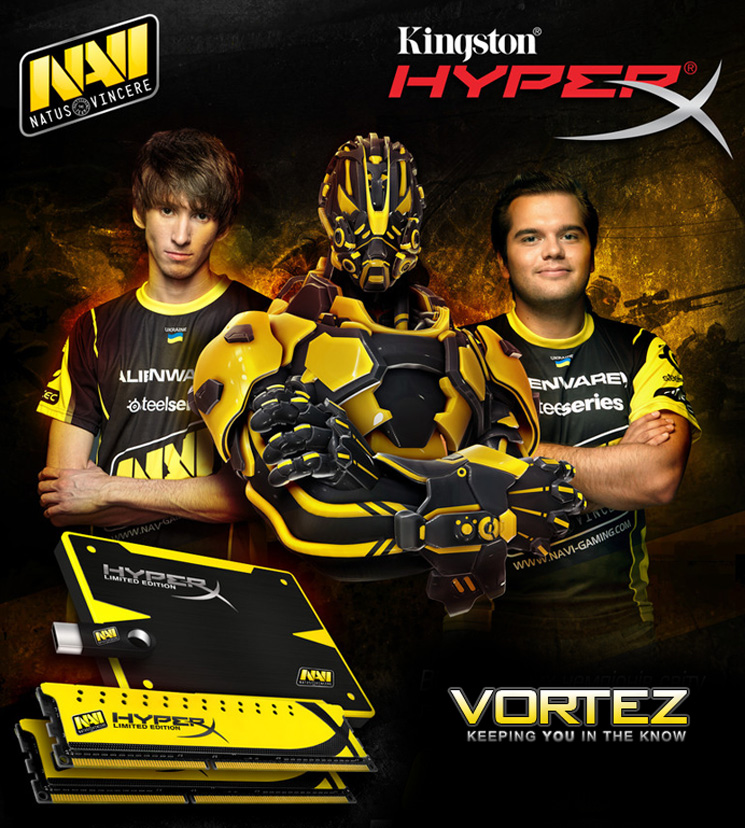 The kit we have for review today is based upon two 16GB kits (4x8GB) and will be tested in Quad channel on the X79 platform. The kits are however available to buy separately in either 16GB (2x8) or 8GB (2x4) in dual channel configuration which is ideally suited to wider range of platforms from both AMD and Intel.

Natus Vincere or Na `Vi (Latin: Born to Win) is a multi-gaming eSports Club. In 2010, the Counter-Strike 1.6 lineup of the team won three major tournaments in one year for the first time in the history - Intel Extreme Masters, Electronic Sports World Cup and the World Cyber Games. In the summer of 2011 DotA-lineup of the team was the best on DotA 2 tournament - The International, having won $ 1 million for the first place. Over the past 2 years Na `Vi have visited more than 52 tournaments in 25 countries on three continents. Official site - www.navi-gaming.com.