👤by David Mitchelson  Comments 📅07-07-14
Conclusion
LV12 is LEPAs first attempt at bringing to market a CPU cooler and we certainly approve of their efforts. Styling is an important factor in many different sectors of computer hardware design and this has even filtered through to coolers. Visual appearance is critical for system builders which are intending to configure a new setup whilst combining and coordinating all hardware.

A definite attribute which shines through is LV12s stunning aesthetics. Having the choice between matt black or matt white is an enthusiasts dream because most hardware, especially the trusty motherboard are now adorned in black/grey heatsinks and componentry. All too often were accustomed to shiny silver aluminium fin stacks and an overhaul of the styling is well overdue. The finish and build quality of LV12 is second to none.

Throughout the installation process we encountered no issues and we were up and running soon after we began. The option to modify the fan speed to specific limits is useful but we actually found the 120mm fan very quiet  even when it ramped up to full speed it was by no means loud or disruptive. 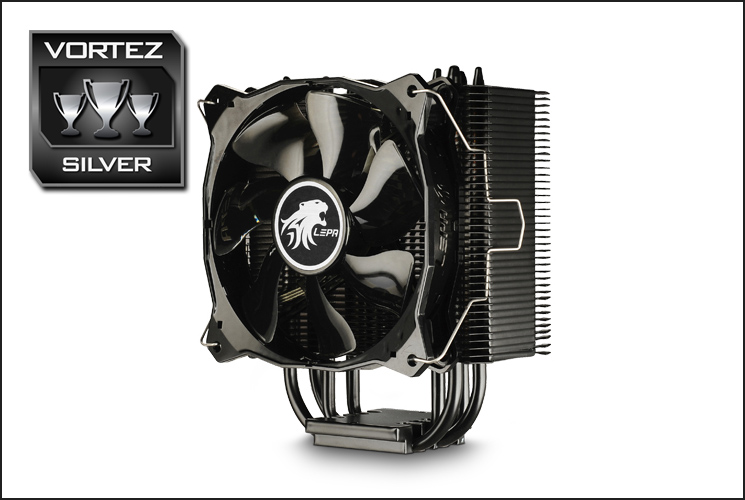 Observing the performance of LV12 with the CPU under stock conditions we are left with a superior solution over the Intel reference cooler. Although we found LV12 at the lower end of our cooling league, reading the actual figures reveals reasonable performance. However, applying a substantial overclock changed things somewhat  it highlighted that LV12 isnt really intended for such intense usage and is better suited to stock or even light overclocks.

Priced at £30 / $45, LV12 is an affordable cooling solution which really holds its value when you consider the benefits that can be taken advantage of. If you are however wanting to apply a significant overclock to the CPU then there are better performers out there for the money.

LV12 is an admirable first attempt for LEPA at designing a CPU cooler. In the styling department they have pushed the boundaries because the aesthetics on this cooler are nothing short of spectacular and its mainly down to this, along with build quality and ease of use that we can hand out our silver award.