👤by David Mitchelson  Comments 📅05-12-12
Packaging & First Look
The packaging for X2000FN is reminiscent of other Lian Li products. The contents are contained within a double-reinforced box which goes to great lengths showing the features and specifications. Inside, the case is covered in a clear plastic sheet and held in place via dual polystyrene pillars for a safe arrival. 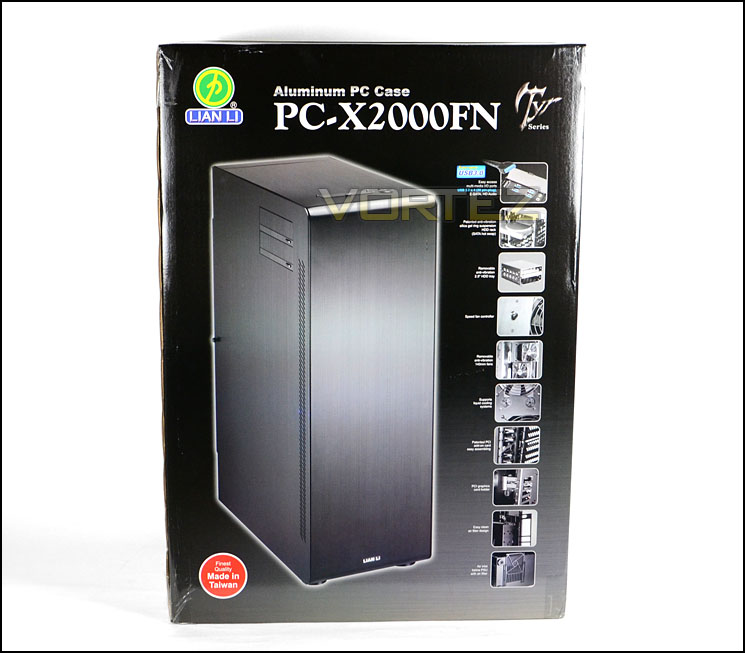 The packaging alludes to the sheer size of this computer chassis and with it removed from the packaging we can now reveal X2000FN in all its glory. In keeping with the styling we have seen many times previous with Lian Lis repertoire, X2000FN is minimalist and discreet in its visual appearance.

As already mentioned this case stands tall at over 69cm (27) and is without a shadow of a doubt classified as a full tower. In keeping with Lian Lis legacy the entire construction is aluminium with both sides being completely solid except for the ventilation cut-outs which run vertically towards the front. Both side panels also have dual optical bay covers, the left side having a folding fascia whilst the alternate side having a solid cover. The idea of having optical drives on the side is quite quirky but it will require some clearance if a drive is installed.

The side panels do not have their thumbscrews in the typical locations but rather on the panel side because the side panels pull away from the case rather than sliding back in order to remove them. 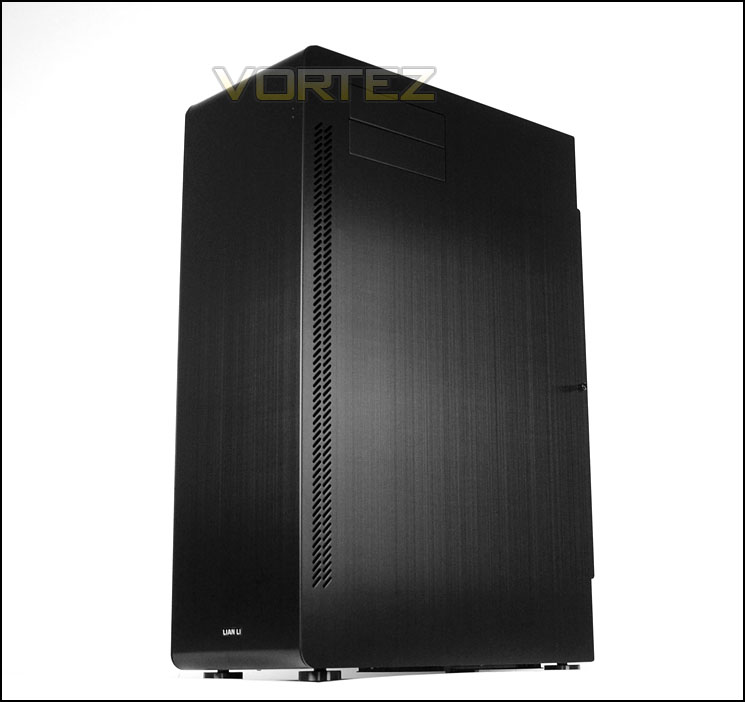 Tall in stature, minimalist in style 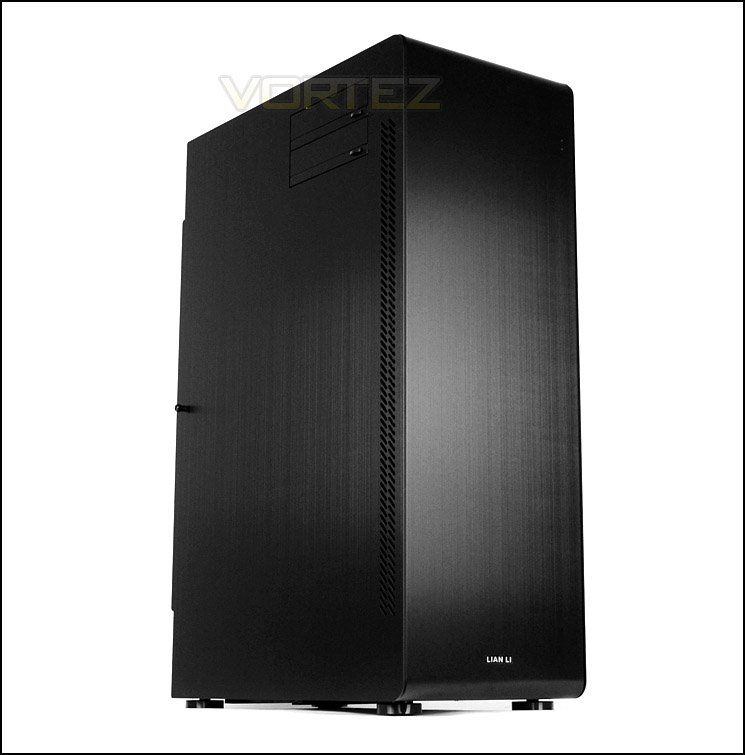