Back in July of this year, we reviewed the Logitech G513 with the tactile and linear Romer-G switches, this time around well be taking a look at the GX Blue variant. This version shares an identical feature set to the Romer based keyboards with the only difference being the mechanical GX switch instead of the Romer-Gs.

If you are unfamiliar with Logitechs Romer-G switches, then we will explain by comparing them with the leading manufacturer of mechanical switches. Their Romer tactile switch is similar in feel to the Cherry MX Browns, the linear is comparable to the MX Red, and the GX Blue is akin to the MX Blue. This is a not an apples-to-apples comparison, but it does paint a picture to what the Romer-G are like, and though similar they aren't identical and they do all have their own unique character traits that make them different to use.

Switches aside for a moment, the G513 has a very well thought and abundant feature set, some notable ones include an Aircraft-grade Anodised AI Mg (aluminium-magnesium) Alloy top deck, 1ms report rate, LIGHTSYNC RGB, a lavish memory foam wrist rest and a USB pass-through, just to mention a few. 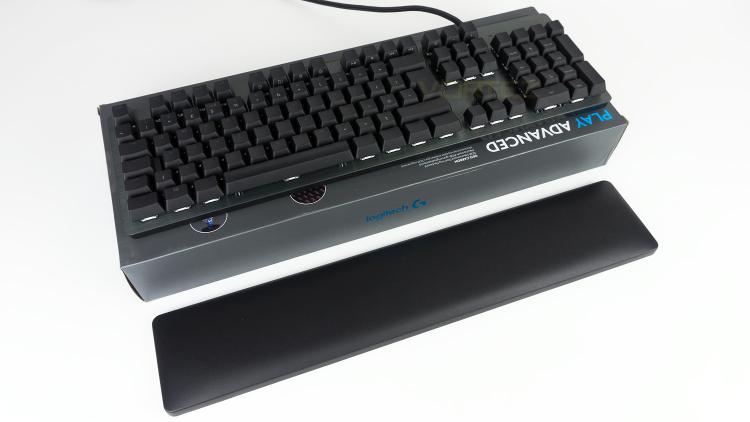