👤by Matthew Hodgson  Comments 📅08-02-18
Closer Look
The Logitech G903 isnt going to be to everyones tastes, but itll certainly stand out in a crowd. We think it looks a bit reminiscent of Darth Vader. Those grooves at the rear of the right and left click are to provide strength for the hinged buttons.

From the front, we thought the appearance was less Darth Vader and more like a bug. But whichever way you look at it, the angles and design are like nothing else. You can see that the two front buttons are elevated reasonably high with plenty of clearance. The charging cable connects at the front of the mouse and is held securely in place by horns on the adaptor. 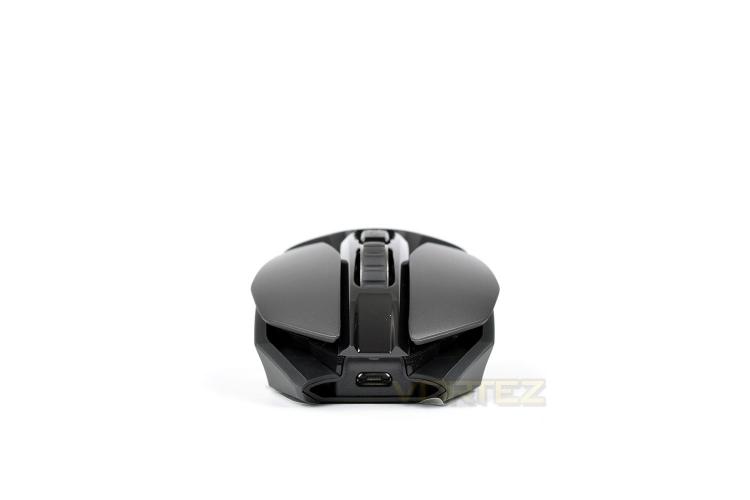 G4 and G5 are on the left side of the mouse, but can be replaced with a solid bumper instead, thus enabling the mouse to be ambidextrous. The mouse looks to be made up of odds and sods lying around the Logitech factory but thats certainly not the case. This angle also shows the spoked scroll wheel, designed to shave off valuable micrograms. 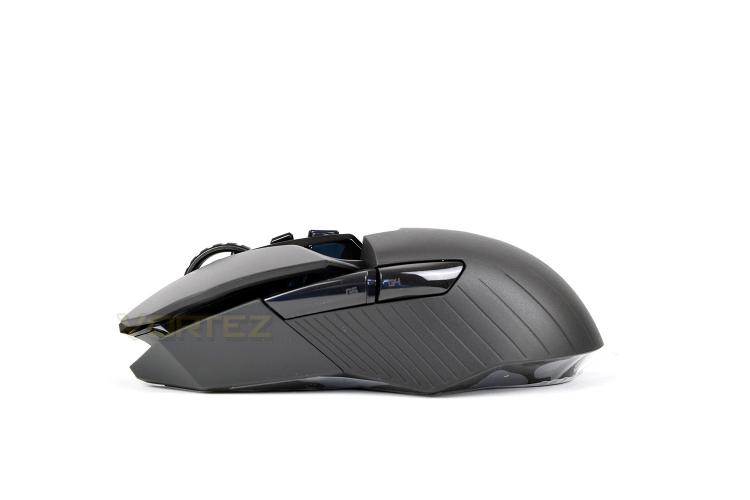 Moving slightly away from our regular review format, the right-hand-side of the mouse is shown from a different angle, hoping to highlight the ease of switching the side buttons for right or left-handed use. Both sides can be blanked or have buttons added, depending on how you wish to use the mouse.

At the top of the page, we mentioned the likeness to Darth Vader from Star Wars, surely this angle shows that off even more. Dont you agree? The Logitech G on top of the mouse is RGB backlit, as are the three DPI indicators just above. 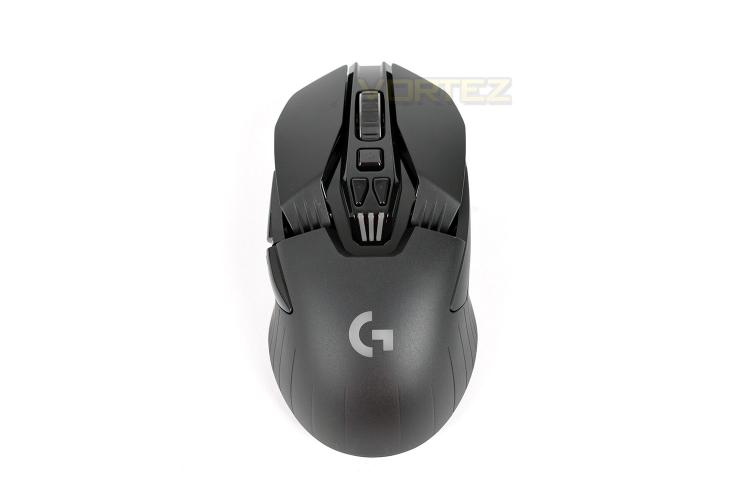