👤by David Mitchelson  Comments 📅09-02-11
Performance Testing
Giving the Mionix Propus 380 a thorough test with optical and laser mice will help us to establish good overall performance and identify any potential problems. Mouse pad tests are subjective in a many ways, but the opinion given by myself will be based on personal experience with the following variables included:

Using a laser mouse and an optical mouse should give a nice variation in tracking. The movements that are used in gaming compared to graphic design are poles apart, and so, this will also present good test feedback. 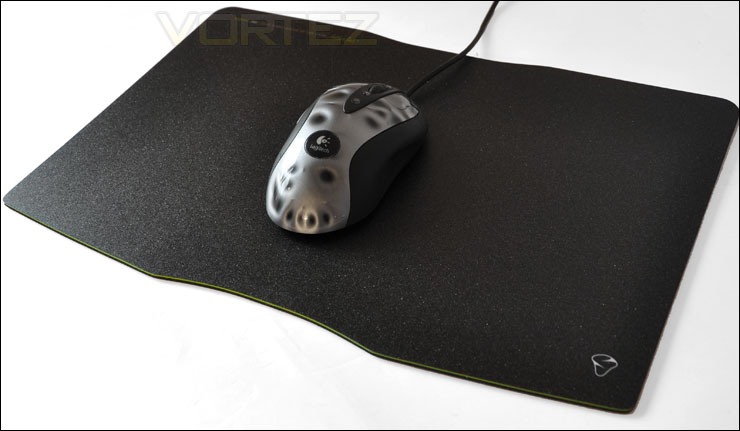 Loading up some of the most popular FPS like Call of Duty Black Ops and Battlefield Bad Company 2 revealed that initial usage was noticeably good. Glide is exceptional, the smooth, hard surface provides great contact for both the optical and laser sensor. Both reacting well to the surface texture material. Tracking was also faultless.

The underside of the Propus 380 is kept firmly secure on the desk due to the rubberized material underneath, I even tried placing my hand firmly down on the pad and putting all my weight into moving it in any direction and it literally doesn't have any play in it whatsoever. I've seen some of the best pads move ever so slightly but the Propus 380 even on a glossy surface does not move one iota.

Cutting out objects and the requirement for extreme care with brush strokes is important when you are wanting to create good work inside a graphics package, and even more so for myself as I am a perfectionist! The Propus 380 remains a strong candidate in this department too. Mouse movements are again accurate and movement is fluid and without any problems at all. can be relied upon in this department too, it yields some very accurate mouse movement. The integrated metal foil helps reflect the light on both the optical and laser sensor in both mice tested.